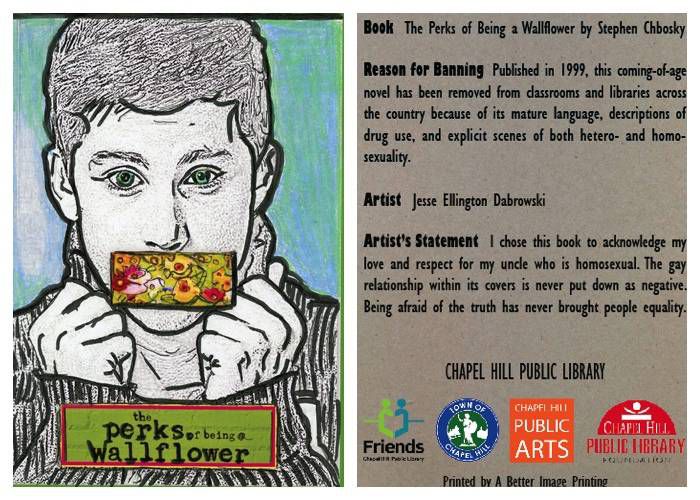 Each week Panelteers Chris and Ali sit down and chat about the CW’s newest superhero series, The Flash! Barry and Team Science are back so we’re grabbing a cup o’ joe from Jitters and chat with you about the show. There will be spoilers, sweeties.

Chris: Welcome back everybody. Let’s get back into the swing of things after a month or so off from Barry’s adventures. This week, we’ve got a super powered heist and Caitlin getting all Nancy Drew on her super-powered dead fiancé.

Ali: This show has been really good and jam-packing a lot into an episode without it feeling clunky. There’s was a lot of recap and a lot of new set up for us, and I think it was balanced really well.

Chris: It’s kind of surprising how effortless the pacing seems. Over on Arrow, I feel like there’s a lot of lull. We got a lot of advancement here. The main plot and a bunch of b-plots got moved along. Kind of wasn’t sure what to expect from the first one back.

Ali: You could say this show is the best at being fast!

Chris: Waka waka. Sadly, this episode starts with the phrase “I am not the fastest man alive.” Barry is not taking his Christmas-time defeat all that well.

Ali: He is not! He needs a hug. We should hug him, Chris.

Ali’s right. This dude could use a hug.

Chris: It might help. Speaking of which, as Barry is pushing himself too hard against heavily armed drones (Where does Cisco get these toys?) there’s a weird bit where Wells almost blows his cover to save him. What’d you think?

Ali: There were a lot of things that felt a bit off the usual mark. And that was one of them. I mean, I know Wells’ soul mission in life is to make sure Barry is the Flash and ready to sacrifice himself in the impending future CRISIS. And we saw how he freaked out at Cisco for the cold gun. So I don’t think he ever would have let Cisco and Barry play drone dodge ball without making sure it wouldn’t kill Barry. I mean, Team Science is going to find out about Wells’ being able to walk. And I’m sure it’ll happen because Wells goes to save Barry. But not in a training exercise.

Chris: If you weren’t paying attention, it’s super easy to miss the shot of Wells almost stepping out of his chair. I was kind of shocked by it for a second. Didn’t think we’d have a moment like that for a while. If they can effectively keep toying with us of the “when” the reveal is going to happen, it’ll keep things interesting.

Blowing Your Cover One Step At A Time: The Harrison Wells Story

Ali: Speaking of interesting, HOW AWESOME WAS THAT MISSILE SHOT!!!

Chris: It’s gotta be one of the best effects shots the show has pulled off. Gotta love that they’re committing to showing the Flash doing cool things that only the Flash can do. Before the show launched, I was worried that we’d get a lot of Smallville-esque blurs where not all that much happened.

Ali: Special effects are so far ahead of what they were in the Smallville days. But it’s still fantastic to see money being spent on getting us great effects. Especially on an effects-heavy show like this. No red-blue blur here! We get a Scarlet Speedster!

Chris: I was wondering when we’d get to that. This episode, you guys. I’m amazed no one called the Rogues “Arch-Villains” or that we didn’t see Barry pick up the Flash Phone to take a call from Joe. This week was about as close to Batman ‘66 as I thought we’d ever get. And I loved it. Captain Cold, in full costume, calling out Barry as “The Scarlet Speedster” just made my heart sing. I mean, look at the painting they were going to steal! We were one elaborate death trap short of Adam West and Frank Gorshin showing up.

Ali: Fire and Ice! Puns! I definitely picked up on that classic Batman show vibe. I wouldn’t say campy, but they definitely have fun with this show and word play.

If you’ve got a theme…

Ali: You cannot make me write out FIRESTORM with periods, Chris! I won’t do it!

Chris: BLAST! My plan has been foiled. I actually thought you might fall for it.

Ali: I’m too quick! (seriously, we should take this show on the road)

Chris: Just us in almost empty bars and backrooms making terrible jokes about superhero shows. I’m sure we could get a Patreon set up.

Ali: We should probably get back to the episode…

Chris: I guess. So we learned that FIRESTORM is a really long acronym with a lot of vaguely science-sounding words in it and that it is also the title of a rad action movie. Before we heard about the acronym, I was really hoping that the title of that movie was going to turn into a clue that set Caitlin off on a bonkers mystery solving adventure to rival the diner scene in Black Dynamite.

Ali: If only! I really dug Caitlin’s subplot. I like that she has her own thing to do outside of Team Science. I think this investigation can/will take her down a bunch of interesting paths as a character and plot wise. I also really like that they’re using Jason Rusch as the “brains” behind Firestorm, while still giving a shout-out to Martin Stein. Also loved the scene between Jason and Caitlin.

Chris: Caitlin’s kind of the character I was expecting to get the least out of as the show went on. (Look, Arrow hasn’t really done well by its women.) I’m glad that I was wrong. Caitlin is shaping up to be really interesting and have plenty of her own stuff going on. Bonus points for a heartfelt scene where she got to talk about her love for Ronnie with Barry while simultaneously telling Barry off for being a bit of a creep. TEAM CAITLIN!

Ali: She is pretty much THE BEST! Speaking of Barry and his creeping. The proverbial cat is out of the bag and there is all of the awkwardness with Barry and Iris. But they had a pretty great scene at the end of the episode where they kind patch things up. It looks like closure. Which we really, really, really need with them right now. Also, how great was Eddie! He was about to take one for the Flash. He’s a good cop and a good guy. I love that! They could easily make him a bit of a jerk so we (the audience) won’t root for him and Iris. But Eddie is great and I just want him to be happy.

Chris: I’m a fan of him getting to be a person and glad that we already burned through the “I don’t believe in The Flash/I don’t trust The Flash” arc that always comes up in superhero stuff. Anything else before we hit the lightning round?

Ali: We gotta talk about our Rogues, Chris! How wonderful are they?!

Chris: I’m just smitten with them. This definitely isn’t a version of Captain Cold I’m used to, but I love any time an actor is clearly having a blast playing a hammy villain. We talked about the sexual tension between all the bros teaching each other to box so I don’t think it would be fair to skip talking about the show’s newest romance: Mick and Fire. (No. Not the JLI member.)

Ali: I’mma be crass and say the dude’s got a flaming boner for fire. I mean, it was a bit awkward at times. Like, Mick and his matches need to get a room. BUT Captain Cold, man. He has my heart. I love the cool-headed, planning and plotting and the not-the-healthiest obsession with the Flash. It’s a fantastic take on the character and you can tell that Wentworth Miller is just relishing this role.

Ali: When Snart says, “You can call me Cold.” YASSSSSSSSSSSS.

Chris: I’ve gotta go with Cisco talking about how Ghostbusters is actually very scientifically sound, a beat and then Wells dropping “and really quite funny.” Amazing delivery. It’s also nice to know that Ghostbusters has an enduring legacy, at least all the way into whatever century Wells is from.

Ali: That was a brilliant exchange. And I do love that a huge part of their plan was based on “crossing the streams”. Because really, who doesn’t love Ghostbusters. Also made be think of Panelteer Jeff Reid’s team up series.

Chris: We’re getting the Pied Piper next week so I am stoked!

Ali: This is gonna be so great. I can’t wait for next week!