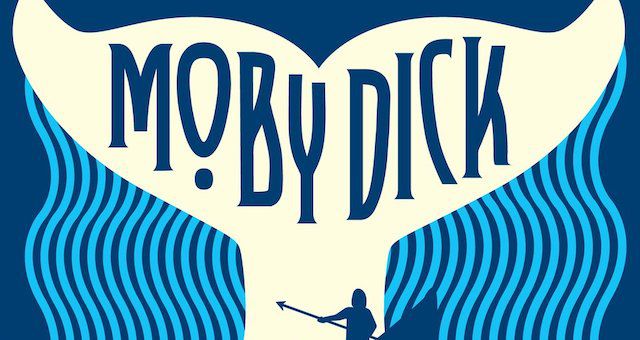 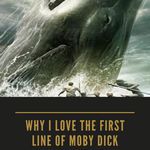 The first line of Moby-Dick, “Call me Ishmael,” is among the most instantly recognizable in all of classic Western literature. Other famous first lines in books may have more in the way of literary fireworks, but “Call me Ishmael” is more like one of those fireworks that’s just a bright flash and a loud bang: it gets your attention so you won’t miss the sparklier stuff that’s coming. 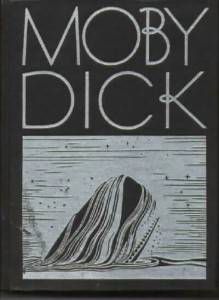 Moby-Dick is many a reader’s white whale.

If you haven’t read the subsequent sentences in the first paragraph of Moby-Dick, you might think the first sentence alone sounds grandiose. Like some proclamation from on high. Moby-Dick has a bad reputation among many readers—it’s ponderous, boring, overlong. It has all these random chapters about whaling facts? Well, that last one’s true. If you haven’t guessed, I’m a Moby-Dick defender. Not that it needs defending; it’s obviously very firmly entrenched in the canon. Nonetheless, it’s my desert island novel. I often encourage skeptics to read just the first paragraph, to dip a metaphorical toe into this oceanic book. Boring and grandiose it is not.

The opening sentence of Moby-Dick, short as it is, does a fair bit of work. It anchors the story in a first person narrative, with all the unreliability and limited scope that may imply. It also recognizes the reader with its direct command, creating immediacy and intimacy. Being told to “call me Ishmael” implies that the reader might be addressing Ishmael in the future. It sets the reader and Ishmael as interlocutors, which is a different dynamic than readers often have with a text. We feel engaged, pulled in, along for the ride. Just like Ishmael himself. 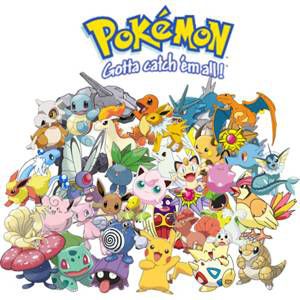 One of the reasons Moby-Dick is my desert island novel is that its allusions are so rich and varied that there’s something new to find with every reading. It will take a lifetime of rereading to catch them all, and I’ve committed to this bizarre edition of Pokémon. So what does it mean that the narrator’s name is Ishmael?

Ishmael is Abraham’s first son, according to the three Abrahamic religions. Herman Melville had vast knowledge of both the Old and New Testaments, and certainly chose this name carefully. Despite Ishmael being Abraham’s first son, it’s Isaac, his second son, who becomes a patriarch of the Israelites. You don’t have to be a bible scholar to be familiar with the story of Abraham presenting Isaac for sacrifice; I’d say it’s in the OT’s greatest hits catalog. Ishmael is definitely playing second fiddle to Isaac, and so too in Moby-Dick, where the Isaac to Moby-Dick’s Ishmael is Captain Ahab, the monomaniacal man on the hunt for his white whale. He’s the star of the show. Ahab, for the record, is the name of a wicked king in Hebrew scripture.

Despite the depths you can plumb with name choices alone, you don’t have to care about allusions to enjoy Moby-Dick. The rest of the first paragraph bears that out. The paragraph basically says that when Ishmael’s suicidal ideation is beginning to get the best of him, it’s time to take to the sea. That sounds very serious, and suicide is very serious, but the paragraph is darkly funny, and beautiful, and does incredible character development in a few sentences. 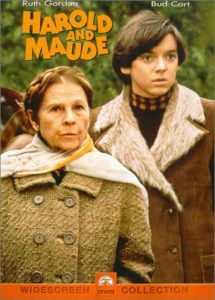 Harold and Maude: also bringing up the rear of every funeral they meet.

This beauty I’m speaking of comes from phrases like “damp, drizzly November in my soul.” What a perfect encapsulation of a feeling I’m sure many of us know. The grim humor arises in the image of Ishmael “bringing up the rear of every funeral I meet.” It reminds me of the opening of Harold and Maude, a fantastic movie in which the titular characters discover they both attend strangers’ funerals. This detail puts Ishmael in league with other beloved morbid characters—Harold and Maude, sure, but also Wednesday Addams, Screamin’ Jay Hawkins, you get the idea.

Getting on a ship is Ishmael’s way to stem his ghoulish tendencies, which include daydreams of “methodically knocking people’s hats off.” That urge for a little chaotic mischief is a perfect character detail. Ishmael’s decision in that first paragraph to see the “watery part of the world” as a way to deal with his struggles evinces his more admirable qualities. The ocean is so many things, the very embodiment of words like vast, unknowable, ever-changing. It’s life itself. Ishmael is not simply hoping to put some money in his pocket and get a change of scenery; he’s reminding himself what it is to be alive.

This affirmation of life at sea turns ironic when the theme of suicide ideation becomes an odd kind of foreshadowing. Captain Ahab’s relentless pursuit of Moby-Dick has led to the obliteration of his own humanity. Ishmael doesn’t know he’s essentially signing up for a suicide mission when he sets foot on the Pequod.

The Rest of Moby-Dick

If the first line of Moby-Dick grabbed you, and the rest of the paragraph seems promising, keep going.  If you find it boring, I hereby give you permission to skip a chapter or two. One reader’s boredom is another reader’s treasured weirdness. If you don’t want to learn about ambergris or spermaceti, you don’t have to—there’s no test at the end. The action of the book doesn’t tend to rise in the more digressive chapters anyway. You might miss out on some wild content skipping around in the book, but it’s not that hard to stick with the plot. 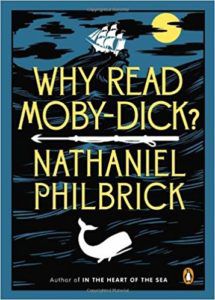 Suggested reading if this article hasn’t persuaded you.

People put a lot of pressure on themselves when it comes to how to read the “classics,” but there is no one way to approach these books. The first time I read Moby-Dick, it was for a class in college and there was a test at the end. Luckily, I had a professor who sparked my love for the book instead of stomping it out. The second time, I reread the book over the course of a year, using the Moby Dick Big Read podcast to guide me through three chapters a week. It was a fantastic way to revisit the text, letting the text suffuse my thoughts for a whole year. I also read Why Read Moby-Dick? as a prelude to my endeavor, which I suggest if I haven’t made a sufficiently convincing argument yet. 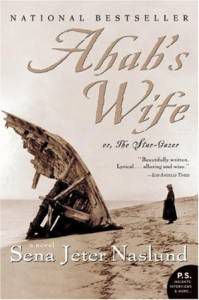 Ahab’s Wife is written into the space created by Moby-Dick’s singular mention of Captain Ahab’s wife.

The first line of Moby-Dick is literally only the beginning. If you enjoy the whole thing, you can then dive into the related works. Sena Jeter Naslund’s rollicking Ahab’s Wife. All those references dropped in The X-Files. The new musical adaptation! And plenty more pop culture instantiations. The richness of the text and the unfortunately perpetually relevant story of a man in power inexplicably hell-bent on killing everyone so he can achieve his personal goals has made it a vast, unknowable, ever-changing ocean unto itself.