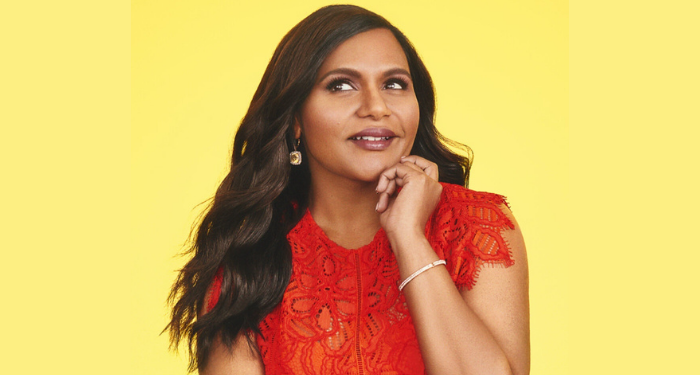 Kaling has partnered with Amazon Studios to launch her own imprint–er, “story studio,” which is apparently what we’re calling book publisher and film production combo houses–Mindy’s Book Studio. Mindy’s Book Studio will publish Kaling-selected titles across genres, and Amazon Studios will retain the film and television adaptation rights for all titles. The imprint is described as, “a boutique story studio created to publish stories by emerging and established diverse voices and imagine books from page to screen.”

Kaling and Amazon announced that the first two books published under this partnership will be The Vibrant Years by Sonali Dev, described as “hilarious and heartfelt,” on December 1, 2022, and I’ll Stop the World by Lauren Thoman, described as “a clever coming-of-age mystery,” in April 2023.

About her imprint, Kaling says, “There are so many talented women who are writing smart, juicy, funny stories, and I’m so excited that through Mindy’s Book Studio, I can help bring readers everywhere more books that reflect the diversity of our society.”

Jennifer Salke, head of Amazon studios, says “With her visionary voice, trademark wit, and tremendous artistic acumen, Mindy Kaling remains a relentless innovator in the creative community. She is a pioneering artist, remarkable role model, and philanthropist who continues to tap into global and cultural zeitgeists as a source for her refreshingly authentic storytelling. We could not be more thrilled to expand our collaboration with her across Amazon to not only showcase her incredible talents but also introduce new, dynamic storytellers to our global customers.”

Amazon readers will have early access to the books through Kindle Unlimited, in both ebook and audiobook. “Early access” seems to imply that these titles will not be Amazon-exclusives forever, but there is no direct mention that they will receive wide-release at other retailers.

Amazon will publish Kaling’s upcoming comedic novel in 2023 and her next essay collection in 2024. It is unclear whether these will be under Kaling’s own imprint.

This is not the first time Kaling has worked with Amazon. In 2019, she released Late Night, starring herself and Emma Thompson with the studio. She released a collection of essays, Nothing Like I Imagined (Except for Sometimes) in 2020. This was an experimental format: six digital, individually published, essays are available only through Amazon as short-format Kindle and Audible books.

We can likely expect more light, funny, heartfelt entertainment in similarly experimental formats in the future.