Fairytales aren’t what they used to be.

Do I still enjoy the tales of ye olden days? Sure. Then again, I’ve always been a bit macabre. Preferred the original version of The Little Mermaid. Cheered for Judith (bible stories are a sort of fairytale) and rolled my eyes at Cinderella.

My poor mother despaired. Pretty sure she still does.

There have, of course, always been stories for women who thirsted for something different. For power, for autonomy, for freedom, for space. Over the centuries, those tales have been altered, twisted, those women cast as villains or virgins or whores.

We thought we’d made progress and then it turned out we were mired further back than we’d hoped. Not back to the beginning, though. Never back to the beginning. And as we take our stand and make new fairytales—some of which touch the past and some of which are entirely new—about women, for women, there are some that stand out as perfect candidates for graphic novels. 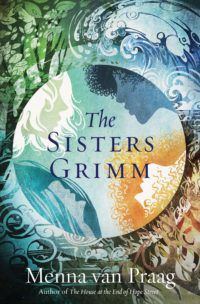 Four sisters who have never met in the waking world. Magic that disappears on their 13th birthday and an impossible choice that will come with their 18th. Powers they can’t comprehend from a source their imaginations don’t dare conjure.

Goldie, Scarlet, Liyana, and Bea have spent their lives fighting: fighting to survive, fighting vile stepfathers, the specter of disease, of poverty, of mental illness. None but Bea knows where they come from and what is coming for them nor remembers what they once had in each other.

The Sisters Grimm is one of those very special novels that paints with words so vividly it doesn’t need illustrations, but done properly they would augment the story the way illuminations do the Book of Kells. I can see the artist using a muted, grayscale palette for the mundane word and one lush and bright for Everwhere, the magical forest where the girls met as young children and where they meet again as they take the final steps toward adulthood and the decision between light and dark, that world and the girls themselves highlighted with gold and silver and jewel tones.

As the world has changed, I think the definition of what constitutes a fairytale has changed as well; and remember, the original versions of a great many of what has been animated and Disney-fied over the years were threatening and dangerous, both because reading such stories is a bit of naughty fun but also because they were intended to deliver a lesson in a form everyone could understand.

Urban fantasy is to some of us what Grimm’s were to their contemporaries: stories of remarkable people, like Riot Baby’s Ella, and the ways in which they interact with the mundane, and often horrifying, here and now. Such books ask important question about identity and whether or not it’s worth the potential fallout of being special in a world that for the most part seeks to force everyone into neat boxes.

Stories that are being told on both the micro and macro levels are often perfect choices for graphic novels because combining the dialogue with art allows the reader to absorb both layers at once: two people can hold an intimate conversation in the midst of a burning Los Angeles. If a character is visiting her brother in prison, we’ve seen her arrive and we’ll see her leave, sharing the claustrophobia and also the wider world. We can be part of a family and residents of dystopian nightmare. 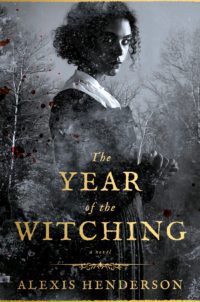 The Year of the Witching by Alexis Henderson (July 21, ACE)

2020 is the year of witches in fiction and I am 100% here for it. In the forthcoming The Year of The Witching, Immanuelle, already marked in the Lands of Bethel for being biracial, tries to follow the laws of submission and devotion like the there women but finds herself drawn to the Darkwood, into which a long-ago prophet is said to have chased—and in which he killed—four witches. The ghosts of those four witches have a gift for Immanuelle, one which will change her life and the foundations of the Church and Bethel.

There aren’t nearly enough horror comics in the world, and of those that do exist, the proportion starring women of power rather than women as victims are few and far between. I’m also of the belief that the medium of comics/graphic novels bring a power to history that gives a boost to the story and sensibility relayed by the words; it allows the reader to participate more fully in something that’s remote to their own existence (though perhaps not as remote as we’d like). I’d love to see a contrast of theme to style in a graphic novel of The Year of the Witching, perhaps not so much in the bits set in Bethel, but in the Darkwood and in Immanuelle’s interactions with the witches; if their presence is to be her awakening, then make it vibrant and colorful and alive rather than as typically dark and packed with cobwebs as other stories of vengeful prophets and murdered women.

I saw the UK cover of Mad, Bad, & Dangerous to Know scroll by on Twitter last night and I’m not sure I’ve ever preordered book quite so quickly. Hurry up, April, because I can’t wait for the parallel stories of Khayyam, a modern American-French-Indian-Muslim girl, and Leila, struggling to survive in the Pasha’s harem 200 years earlier, to enter my eyeballs. In trying to find herself during a summer for which she couldn’t wait, and during which her life is suddenly falling apart, Khayyam, in the company of a descendent of Alexandre Dumas, begins to find and assemble the pieces of Leila.

In the tales of old, princesses sought princes. Now we seek ourselves and one another.

My brain is seeing Paris by way of India, a Van Gogh palette with those distinctive curves and geometric patterns so characteristic of textiles that adorn people and the sculptural borders that adorn representation of the gods. Both worlds are so lush in their own way and it would be fascinating to see Leila’s world emerge, bit by bit visually as Khayyam discovers each small piece of the other woman’s history, starting with sketchy lines, adding a color here, a statue there, a specific shade of blue elsewhere, until the picture is complete.

They may think they’ve stopped us. They’re wrong. We are here, for one another and for ourselves. This has gone beyond girl power. These are our new fairytales, the ones our daughters and our sons will read and realize that we were always strong and we always will be, especially together.