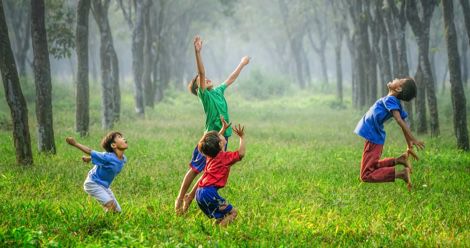 In a 2015 Book Riot article, Morgan Jerkins asked, “Why do we sanitize fairy tales?” It’s an excellent question, although it might initially seem wise to censor the sexual and violent elements in classic fairytales. Jerkins writes that by removing moral ambiguity from these stories, we can give children an oversimplified, binary view of right and wrong. No one is all good or all bad. 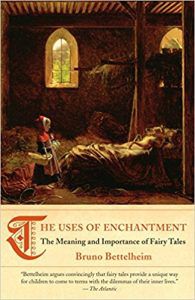 The Uses of Enchantment by Bruno Bettelheim asks similar questions. This book examines the disturbing original versions of European fairy tales and considers them helpful to children’s psychological development. Bettelheim views these fairy tales through the lens of Freudian psychoanalysis, so by today’s standards the book seems dated. Its language reinforces gender binaries and gender roles on many fronts. However, its defense of the moral complexity of fairytales still holds up over 40 years later.

The book argues that fairytales provide children with an outlet for dealing with complex psychological issues in a safe (albeit often unconscious) way. Bettelheim writes that bowdlerized versions of fairytales (read: Disney) rob them of their original power. If children are not exposed to the dark side of human nature in a metaphorical context, they have more trouble dealing with their own negative emotions.

Bettelheim also faults modern, “realistic” children’s stories for failing to encourage children’s fantastical imaginations. He gives children credit for distinguishing fiction and reality. The explicit moralizing found in fables prevents children from drawing their own conclusions. Harsh punishments for villains satisfy children’s sense of justice, while mercy is more likely to disappoint or confuse them. His analysis of “Snow White” is particularly Freudian and heteronormative, warning that (step)mothers who try to seem as beautiful and alluring as their daughters impede their daughters’ sexual maturity. This chapter seems particularly outdated, although his other observations are fascinating.

If you’re a current or former English major or a fan of the stage musical and movie Into the Woods, you might enjoy The Uses of Enchantment. Into the Woods draws from the same original, dark versions of fairy tales that Bettelheim cites, and even seems influenced by some of his interpretations. Bettelheim criticizes Charles Perrault’s retelling (later adapted by Disney), where Cinderella simply follows the fairy godmother’s instructions instead of being more resourceful and independent. In the ancient Egyptian and Chinese versions of Cinderella, as well as Into the Woods, the spirit who helps Cinderella is her mother’s ghost, not a “fairy godmother.” Bettelheim prefers fairytales that don’t omit grief and death but introduce them in a safe way.

More Books to Read if You Love Into the Woods

Another recommendation for Bettelheim