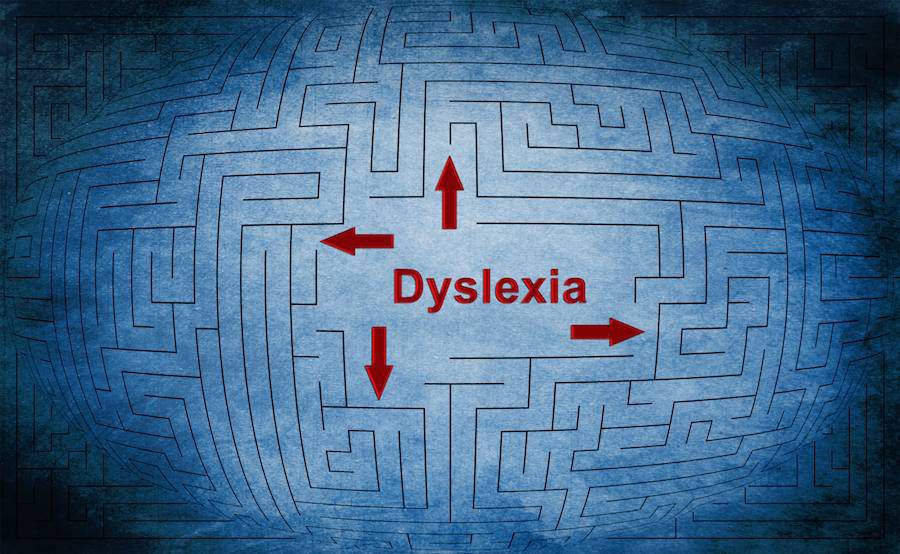 Think about road signs. Think about labels on food packaging. Think about the instructions on whether the door you are approaching needs you to push or pull. Think about walking into the shop for household supplies, and all the little bits of reading you do as you walk around filling your trolley.

Now think about living the same life, going about the same routines, without being able to read, or with reading being extremely difficult. How would that affect you? It would be pretty hard, right?

The world simply isn’t designed for people who struggle to read, and they get left behind in small ways each and every day.

I’m dyslexic. I could have been one of those left behind, but Comic books pulled me out.

Most of this is with the benefit of hindsight, of course. A dyslexic child doesn’t know they are dyslexic. At the time I thought nothing of the afternoons I would spend separated from the class, reading very difficult books about a dog and a ball and a boy. My grandfather would spend hours with me after school, trying to teach me the difference between a verb, an adverb and a noun.

I still probably don’t know what they are, but it doesn’t matter. None of the rules of grammar or spelling are essential in learning to read. They become guides later on, a road map for staying on the right course, but they are not where the journey needs to start.

What’s needed is clarity and context. Given those two things we can learn anything, from basic reading to advanced nuclear physics. But we also need to think about the way we process information, about how we know where to store things in our memory and about what keeps us moving forward, adding to what we know.

From Understanding Comics by Scott McCloud

Let’s boil this down to Story, Plot and Narrative.

Story is the what. A collection of events. You do this, then you do that, then you eat a dinner, then you do something else, then we get to the end. It’s the basic data of anything that we learn. Okay, here’s a problem for us straight away; dyslexics can’t really do order. We don’t do logical progression. Give us a whole bunch of data, and on it’s way into our heads it scatters like a pack of playing cards thrown across a room.

Plot is when. This is the road map to move through the story. It tells us when to climb and when to rest, when to turn and when to hold. For learning, this is the guide that tells us when to take on information and where to store it. Dyslexics have no problem taking on information. We’re taking it in all the time. The problem is storing it. Where did we leave that thing that we needed? How to we find it again? How is it relevant to what we’re doing?

This is how and why. Narrative takes story and plot and fleshes them out with context and motive. You do this, which then leads to that because of the other, then you eat because you’re hungry and haven’t had any food since whenever, and you like the taste of the bread. Then you do that thing that you’ve been doing every day for twenty years, driven by the memory of something, then we get to the end and you lay down for a well-earned rest.

We all combine information in different ways, and at different speeds. Some can add story and plot together in a mathematical equation that leads to narrative. Dyslexics like myself can’t learn anything without a narrative to hold on to. Why am I being given this information? What does it do? What is it relevant to? What similar thing should I store it next to in my head?

The books I was being given to read at school were no help. Oh, hey, there’s a picture of a dog. And a squiggle next to it that probably means “dog.” So what? Nothing’s happening here, there’s no information for me to file away, and if I do store it, where do I put it? What is it relevant to? And that’s a ball. Nice. But the ball is not moving, I’m bored.

There is a simple thing you could do for all children as they learn to read, but for a dyslexic it could be life changing; put a comic in their hands.

Comics as a medium rely on clarity and context. They are pictures and words being used in small panels to tell a story. Essentially they are hieroglyphs. It’s a form of storytelling that is as old as written communication. The real art of telling a story in a comic is in giving the illusion of movement between the panels. Things happen, your eye moves from one image to the next and your brain builds a structure to carry the information. It’s the perfect medium for learning to read.

Staring at a page of prose, even now as an adult, can be a challenge. The words are just black marks on a page. They just sit there. They don’t do anything unless they connect with the right memory, the right piece of data in your head, to give them some purpose.

Films, on the other hand, do too much. They give you everything. All the movement, all the talking, all the emotion. Watching a film is essentially a passive process for your brain.

Take a look at this example, from Amazing Spider-Man #33, with art by Steve Ditko and words by Stan Lee:

This is something that comics can do better than any other medium. Ignore the words for just a moment and look at the images. In fact, imagine there were no words. Would you still understand the story? Absolutely, you would. Steve Ditko has given you a road map. Look at both the pictures and the panel construction. There is movement. There is narrative progression. The panels start as small, compact spaces, with Spidey as a tiny little figure underneath the machinery. It’s claustrophobic. It’s hopeless. Look then at the third and fourth panel. As he pushes upwards, so the panels push, they stretch. Then again with the fifth and sixth panels. They create the sense of movement, and Spidey’s growing size within each frame tells us about his own strength and confidence. There is a lot of heavy lifting going on (pun very much intended) between Steve Ditko’s pen and our brains. The words become an added extra.

You don’t need to be dyslexic to appreciate that example, of course. It’s one of the purest examples of the language of comics, and readers have been marvelling over the issue for decades. It would be difficult to create that sense of movement, that primal understanding of narrative, with prose. A film could tell the same story, but then the screen would be doing all the work. What happens here is that it’s you doing the work. Your brain picks up on the visual cues left by Ditko, and fills in the gaps. This is why I use it as an example for what dyslexics can gain from reading comics.

A comic book trains your brain. It works the right muscles and, if you’re struggling, they can teach you to read. You see images for context, you see the words that go with them, and your mind learns to fill in the blanks. You learn to build the narrative as you go.

As a child, I suddenly got it. I had a structure, a guide for processing the information I was taking in, and where to store it. I had a reason to keep moving through the pages.

If you know someone who is a struggling reader, give them a comic. Give them the best comic in your collection. You might change their life.