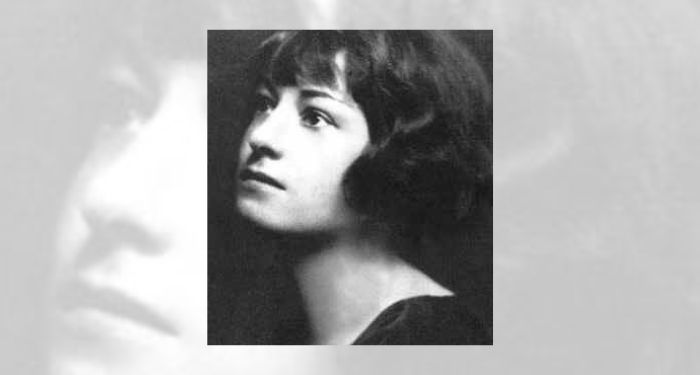 If you had to guess, where would you say that Dorothy Parker’s ashes were? I bet you’d say the Algonquin Hotel, wouldn’t you? I would have guessed as much, even though I’ve been there and the plaque on the front of the building only mentions the Round Table. But the real story of Dorothy Parker’s ashes and their unexpected journey is much more interesting — and less likely to get a visit from the health department.

Dorothy Parker was born Dorothy Rothschild on August 22, 1893, in Long Branch, New Jersey, where her Manhattan-based parents summered. She spent the first part of her career in New York City, selling her first poem to Vanity Fair in 1914. She married Edwin Pond Parker II shortly before he deployed with the Army in World War I. They divorced in 1928.

Parker is probably best known as a founding member — with Robert Benchley and Robert E. Sherwood, whom she met while filling in for P.G. Wodehouse as the theater critic for Vanity Fair — of the Algonquin Round Table, a group of literary giants that at various times included Parker, Alexander Woollcott, Harpo Marx, Noel Coward, Tallulah Bankhead, and Alice Duer Miller, among many others. During this time she had a magazine column and published poetry and short stories.

In the later part of her career she moved to Hollywood with second husband Alan Campbell. They co-wrote the screenplay for the 1937 A Star is Born with Robert Carson, and she worked on a number of other screenplays. She also fought fascism through World War II and the Cold War and was, of course, suspected of being a communist. When she left Hollywood following the accusation and subsequent blacklisting, she returned to New York and wrote book reviews for Esquire. She died of a heart attack on June 7, 1967, at age 73.

A fervent supporter of civil rights, she left her entire estate to Martin Luther King Jr., whom she had never met. He was assassinated about a year later. Luckily, her will stipulated that in the event of his death, her estate would go to the National Association for the Advancement of Colored People (NAACP) in support of their work. Great, okay, but what about her…remains?

Her body was cremated in Westchester County, New York, where her ashes sat unclaimed until about six years later, when they were sent to her lawyer; he had retired, and the urn lived in his colleague Paul O’Dwyer’s office for the next 17 years. In 1987 O’Dwyer revealed the location of the urn to biographer Marion Mead. The NAACP claimed responsibility for the ashes and Dorothy Parker was interred in a special memorial garden built for that purpose at NAACP headquarters in Baltimore, Maryland, in 1988.

In 2020 the NAACP moved their headquarters to downtown Baltimore, with a further move to Washington, D.C., planned. Parker’s living relatives requested that her remains come back to New York, where her father had reserved a spot for her at Woodlawn Cemetery in the Bronx. She was exhumed on August 18, 2020, with remarks from NAACP executives; the Kaddish was said by a rabbi in attendance. Her ashes were then brought to Woodlawn where a private burial was held on her birthday, August 22.

In August 2021, a headstone was placed, paid for with money raised by the Dorothy Parker Society through the sale of special T-shirts and gin. Kevin Fitzpatrick of the Dorothy Parker Society, who had personally transported her remains from Baltimore to Woodlawn by train, said a few words in a small ceremony attended by no fewer than two Dorothy Parker “impersonators” (I use quotes because the word seems insufficient for their devotion — both are actresses who have played Parker on stage).

The epitaph, approved by Parker’s three grandnieces, isn’t exactly Parker’s suggestion of “Excuse my dust,” but neither is it too far off. The headstone is engraved with the last four lines of her poem “Epitaph for a Darling Lady”:

Leave for her a red young rose,
Go your way, and save your pity;
She is happy, for she knows
That her dust is very pretty.

So there you have it. Dorothy Parker’s ashes — her dust, if you will — are at Woodlawn in the Bronx. And they took a very circuitous route getting there.

A great deal of the pre-1988 information in this article comes from Marion Mead’s biography of Parker, What Fresh Hell is This?