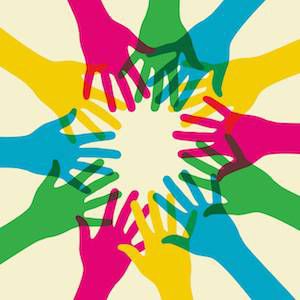 If you’re a Rioting Reader who’s taken to heart the calls of Wallace Yovetich, Josh Corman, and Amanda Nelson, among (many, many) others to increase the diversity of your reading repertoire—whether that’s to expand your horizons by reading experiences written from a point of view different from your own, to encourage more equality in the publishing industry itself, or some combination of the two—it’s worth remembering that there’s more to making a reading life diverse than switching up the contents of an author’s swimsuit area, or carefully monitoring their melatonin levels.

While gender and race are two significant characteristics that can lead to wildly different life experiences on the part of authors (and readers), they are hardly the only ones that might make a writer different from his or her potential audience. So, yes, there are ways of reading diversely that aren’t very diverse at all.

I’m reading across races and genders, but everyone I read lives in Brooklyn. Branch out, yo! The world is far, far bigger than Williamsburg—even if you stay inside the US. Go regional. Go rural. The Daily Beast recently published a list of Gritty Stories From the Real Montana. Shann Ray’s arresting American Masculine isn’t on it, but it could have been, along with work from Maile Maloy. Go West, young (wo)man.

I’ve got plenty of POCs in the mix, but everyone I read has an MFA. Step away from the program fiction, my friends. Not only have many critics raised issues with the same-ness of fiction produced by workshops across the country, the widespread popularity and seeming normalcy of these books end up overshadowing work produced by less-educated writers—perhaps even some who didn’t go to college at all. When’s the last time you read a novel by someone with a normal day job—not a professor, not a journalist, but someone who’d done time in a cube in the private sector? Or behind a service counter, or in retail? White man though he is, Joshua Ferris put in his time behind a desk at a Chicago ad agency, providing the material for his And Then We Came to the End. And the collection Blue Collar, White Collar, No Collar, edited by Richard Ford, may also prove helpful here.

I just love reading about immigrant experiences! Far be it from me to diss at all on this cateogory—in fact, I quite enjoy it. Fiction and non, immigrant stories frequently speak to me on a pretty personal level, in part because I’m a first-generation American myself. But immigrants come in a lot of shapes and sizes: my own family, for example, came to the U.S. as native English speakers, but still experienced outsider status due to cultural factors. Don’t skip Jhumpa Lahiri’s The Namesake in favor of Joseph O’Neill’s Netherland—but think about reading both.

Religion? In my novels? You bet there is—even if you don’t notice it. If your TBR list is typically loaded up with titles from the nebulous, I-know-it-when-I-see-it “literary fiction” class of books, chances are the God-talk is either minimized or exoticized. But sometimes the familiar is more exotic than you think. If you’re a largely secular Christian, have you mixed in Walker Percy, Flannery O’Connor, or Marilynne Robinson lately? Or take Christopher Beha’s What Happened to Sophie Wilder. Whether Beha himself is a believer is completely irrelevant; his novel takes Catholicism seriously in a way rarely seen in mainstream, contemporary novels, without coming anywhere near proselytization. (And hopefully I don’t need to say this goes for religions other than Christianity!)

And…politics? Well, why not? You’re kidding yourself if you don’t think it’s already there. Novels are culture, and the cultural is going to be political—and after all, reading diversely is, itself, a political act. Get outside your comfort zone, and remember that nonfiction is literature too. When’s the last time you read a liberal? Conservative? Leftist? Rightist? Communist? Anarchist? Talk about a wealth of diversity.