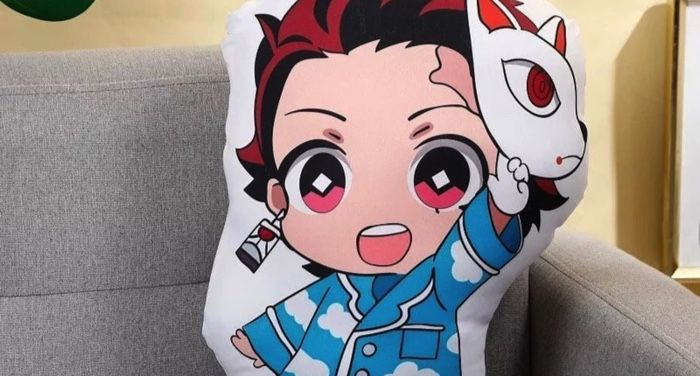 I’ve watched the first season of Demon Slayer three times, saw the movie, and inhaled season two. Then decided I couldn’t wait for the next season to come out and read the manga to completion. I’m not alone in my love for the shounen series. It’s currently one of the most popular manga and anime series in the U.S. and worldwide. And when its movie Mugen Train came out in April 2021, it broke records as the highest grossing anime film ever.

For the uninitiated, Demon Slayer is a manga series that follows Tanjiro, a 13-year-old living in early 1900s Japan. After his father passes away, he helps support his mother and many siblings by selling charcoal to other villagers. But one day, he spends the night away from home and returns to find his family massacred and his sister, Nezuko, turned into a demon. He comes across a Demon Slayer and sets out to become one with the hopes of curing his sister.

As Tanjiro and Nezuko progress on their journey, they make friends and meet very colorful characters. The story has a few common elements found in many shounen series, but it still manages to feel fresh. There are no two characters alike, the fight scenes are beautifully animated, and the antagonists have some of the most heartrending backstories I’ve come across in anime. It can also be gruesome and is not afraid to kill a beloved character, making everything more urgent and high stakes.

Get ready for bed with these plushie pillows featuring Demon Slayer characters in chibi form. $30

We all know Demon Slayer characters serve looks, so you can slay in another way with these warm and soft cloak/hoodies made of fleece. $28

Set your heart ablaze with this small sword of the Flame Hashira’s! You can order it as a pin or a keychain, and you can choose other characters’ weapons as well. $11+

Protect your manga with Tanjiro in this book sleeve. $21

So, Nezuko’s clothing design is one of my favorites in the show, and this mask executes her look so well. It comes in other designs if you stan another character and is imported from Japan. $30

Daki is an interesting villain with a fire wardrobe as a geisha in the Entertainment District. This holographic sticker would look great on a laptop or tumbler. $6

Join Inosuke, Zenitsu, Nezuko, and Tanjiro as they revel in Abbey Road realness. The shirt allows for many customizations as far as color, style, and size are concerned. $13+

Gyutaro will protect your book place like he does his sister! This bookmark offers a couple style options. $6+

More Nezuko fashions and customization options with this T-shirt! $15+

Do Tengen proud and keep it flashy with this holographic sticker. $7

Strike fear into the heart of Muzan Kibutsuji with these cute hanafuda earrings. $12

Get like Tengen’s Muscle Mice and flex with this T-shirt, available in white or gray. *muscle muscle* $23+

These cute metal bookmarks are durable and come in different character designs. $7

Here are some customizable tumblers that are made to order and come with a matching straw. $30+

Once you’ve stocked up on merch, head over and take a quiz to find out which Hashira you are and watch the trailer for the upcoming season.