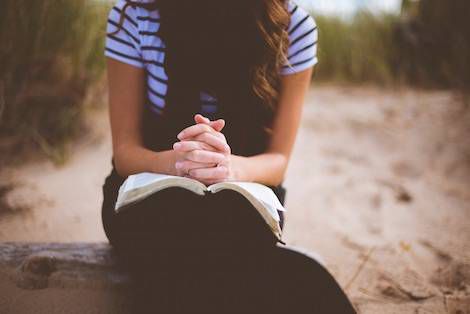 It’s the prickling sensation at the back of your neck when you encounter a title that you feel you already know: a cover that’s familiar, or a jacket description that evokes a precise memory, or first lines that recall a feeling from a dream.

Some books less seem to be found than they do seem to find you.

That’s how it was for me with John Crowley’s Little, Big. A girl looked over her shoulder and across a chasm of time from the cover; the flap revealed that the story involved mystery and magic; Harold Bloom, whose tastes run notoriously uppity, called it a favorite.

It felt familiar. It fit. It awoke a memory.

An argument—” Little. / BIG.”—had woken me into a fever when I was young. The images that followed me out of that flu-fed dream—of a fairy cottage in a birdsong-heavy dell duking it out with a somber stone edifice looming in the distance—still haunted me. And at first glance, they seemed to fit the Crowley. I turned the title over with wonder; I thought I’d found a book that spoke particularly to that one weird, lingering memory.

Which is, of course, absurd. But in the moment before I bought the book: everything seemed to align.

It was too much pressure for the title—too many expectations to heap onto a book that, in reality, had nothing to do with my fevered dream or my preconception of its title. I didn’t love Little, Big like I wanted to, and I still can’t quite figure out whether that’s because it’s just not my style, or because I wanted it to be something so particular so badly that nothing it did could satisfy me.

Can we judge a book against what we expect of it going in—is that a fair rubric? I loathe Specimen Days, too—and have never been able to make myself try more Cunningham as a consequence—because it didn’t take the turns I’d hoped it might. A novel with Walt Whitman and Leaves of Grass at its center seemed destined for my hands—I’m a hardcore Whitman devotee, and expect to fall into adoration of anything that shows similar affections.

I’m familiar with Cunningham’s credentials, and I’m sure the writing there is probably very good; but I’ve never been so eager to expunge a book, particularly one with a core so dear to my heart, from my collection.

The Book of Strange New Things ran aground with me in a similar way; I felt so much excitement reading the jacket description, and expected to identify wholly with the preacher at its center. My MDiv plus my fascination with space: how could this book be anything but a perfect fit?

But it did not move across its distant planet in the way that I expected; the hope that I hoped to find there from chapter one was not part of its game plan. Not exactly. And so I walked away from that book—which, again, I’m sure is very good (for someone else)—with an unfair bad taste.

This burden of expectations somewhat works in reverse, too—with books you expect nothing of. Play it as it Lays rubbed me wrong from first blurb—but then it surprised me; and I loved Didion so much for being able to do that, with her spare and shocking words, her brutal and familiar turns, that I gobbled up everything else she’d written (fiction-wise) soon after finishing.

Perhaps it’s easier to love a book that you place low demands on than it is to forgive one that runs against your wants?

I’ve never reviewed a book that I’ve intensely disliked because of a misplaced sense of déjà vu; it seems unfair to burden titles with such personal reactions. But I do wonder how common this is—this feeling of grand disappointment that exists when a title that seems designed for you proves to be nothing like what you expected.

How do you fairly read a book that you’re sure you know before its chapter one?