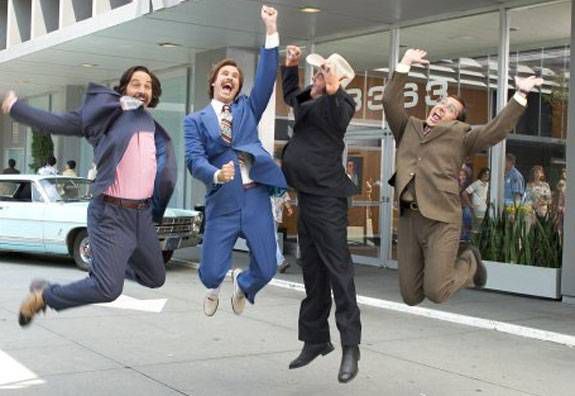 I know you all like books. I like books, too. But as I’ve looked over my conquered pile of books from this year, I’ve been thinking a lot lately about what it means to like books in a more specific sense. To wit, does liking vastly more books than you didn’t like make you a less discerning reader?

The simple answer is certainly not. And I’m not just saying that because I am a person who does tend to like vastly more novels than I don’t like. But let’s take a look at the question through the lens of my favorite Book Riot post of all time: Brenna’s Ode To Enthusiasm.

Simply put, it’s okay to like things. You know why? Because books are good, man! Back when I was a pie-eyed early-20s bro with a sure-to-be-published-before-I’m-30 novel that just needed to be carved out of my skull, I held books to this standard: Could I have written it? If no, then it was pretty freakin’ good. And, frankly that was 99 percent of books out there. Of course, my definition of “good,” necessarily, has evolved since then, but I still tend to like more books than I don’t.

Every book, no matter how terrible in total, has bits to like in it. Nothing is totally devoid of value. Even (insert your most hated writer here). So if you’re willing to accept that premise, think about books you’re not sure about — books that you’re enjoying reading because you enjoy reading, but that aren’t standouts. An example for me is A.M. Homes’ novel, May We Be Forgiven, which Rebecca and I wrote about earlier this year. This isn’t a novel I’d breathlessly recommend to strangers on the street, but when you start adding up its positives (funny contemporary fiction, interesting characters, sobering drama), and weigh them against cons (far-fetched at times? too long?), the pros outweigh the cons and it becomes a novel I think fondly of — i.e., like. Since there were some things not to like here, some readers would automatically pitch it to the two-star pile. But I think it deserves deeper consideration.

And that’s the rub: As with most things, the key to a clear bookish conscience is to be able to explain your rationale for liking things. Think critically. Be smart about your reasons. The good news is that (assuming you’re reading a book for the right reasons, i.e., not hate reading it, which to me, is a preposterous reason to read) it’s almost always easier to find reasons to like something than it is to find reasons to hate something. Isn’t it?! Cynicism largely sucks. And sadly, delightful cat videos and funny Ryan Gosling memes notwithstanding, the internet seems to be an increasingly cynical place.

(Rant interlude: Sure, it may be more fun to constantly bag on things. But it’s also lazy and intellectually dishonest. And it doesn’t make you smarter or more hip or even cooler in the eyes of your cynical brethren. For me, the more folks seem to get their jollies from smashing anything new or unfamiliar, as well as gleefully telling you what’s wrong with something rather than taking a second more to consider what’s right about it, the more I want to high-five Franzen and use my WiFi router as a friggin’ nutcracker. Rant interlude concluded.)

But I’m interested to hear from you, Riot Readers — if you’ve discovered you’ve liked a disproportionate number of books compared to ones you haven’t liked, do you see that as a warning sign, or as a sign that you’re a confident, well-adjusted reader?