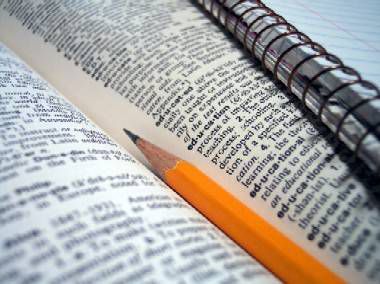 To me, one of more difficult things about being a reader is explaining why I didn’t like a novel without sounding like a) a jerk, b) a passive-aggressive dweeb, or c) a small-minded fool. The rub is thus: You want to be discerning, without sounding douchey. But that’s so much easier said than done. What follows is a tip sheet I’ve developed based on my own reading, and as a connoisseur of book reviews. I hope it’ll help.

1. DON’T nitpick. A few months ago, I got into a row with a fellow about Chad Harbach’s The Art of Fielding. This guy couldn’t get over the fact that Owen (the gay friend of the protagonist Henry) ogled the pitcher during his at-bats and read novels on the bench when he wasn’t playing. He thought those details absurd and unrealistic, and so in his mind, the whole novel sucked. You know what actually sucked? That logic (and not just because those details, I’d argue, are NOT absurd or unrealistic). On the whole, discerning readers aren’t totally turned off by one or two minor mistakes in a novel. Sure, such details may knock a novel down a few pegs for you, but keep in mind, no novel is perfect. Judge the whole, not the sum of the parts. One or two details you didn’t buy, or something that offends your reading “pet peeves,” or (gasp!) an unlikeable minor character shouldn’t make you throw a novel across the room, or worse, not finish it.

2. DO have standards. It’s possible to swing too far the other way, too, so be sure you know and understand your breaking point. In other words, don’t be too accepting of a writer’s foibles. At some point, a certain number of annoying details HAS to result in negative feelings, even if you’re still diggin’ on the story itself. Prime example for me is Dan Brown’s The Lost Symbol. The story here is fun and exciting, and the novel is a page-turner. But about the 47th time Brown used an italicized line to convey a supposedly profound thought, my camel’s back was broken.

3. DON’T avoid confrontation. This is going to sound crazy, but no matter how many people have read a novel, there’s always something original to be said about it. So if you didn’t like a book everyone else loved, and you can intelligently say why, trust your intuition. Chances are, if you’re able to explain your thoughts well, you’ll be a hero of other folks who feel like you do, but just couldn’t parse their feelings as well as you did.

4. DO allow that others may like a book you didn’t. The key here, of course, is to explain what types of readers might like a book you didn’t. I recently read Mark Leyner’s The Sugar Frosted Nutsack. It nearly caused me an aneurysm. I wasn’t a fan, but it’s easy to identify a type of reader who would enjoy it — anyone whose wheelhouse is ultra-experimental, super quirky fiction where the line-by-line detail matters much more than the story (inasmuch as there was one here) as a whole. Basically, fans of Leyner’s past novels probably will like this. But most others won’t.

5. DON’T set out assuming you’ll dislike a novel. If you do, you will. Simple as that. Nothing grinds my gears more than folks who read novels only to take pleasure in trashing them. That’s small-minded and mean-spirited. The subtext here is be discerning in the books you choose.

6. DO discuss books, frequently and level-headedly. I don’t have to sell you on the value of talking about books with other book lovers, I’m sure. You know this: Learning how someone else saw a novel can, of course, help you see it in a new light. But keep this in mind: The worst thing you can do when discussing a novel (and this especially true online) is take disagreement personally. That leads to mudslinging and ad hominem.

7. DON’T follow silly rules. Hey, these are just tips. They work for me. Some or all may not work for you. But I want to hear what’s on your list — please comment below!