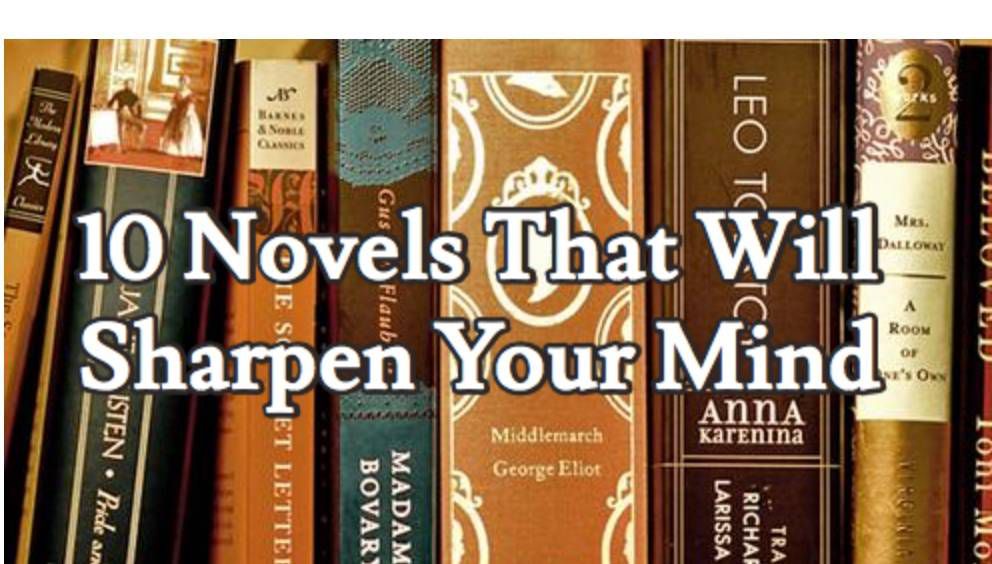 This month, DC kicked off their new DCYou initiative, which they’ve partially defined as a renewed commitment to diversity. As part of that commitment, they’ve added a few books starring female characters to their lineup, so I decided to take a look at all the titles coming out of DC in June – new #1s and pre-existing titles – where women make up 50% or more of the main cast, and see how the books measured up. Let’s get started!

Batgirl #41 by Brenden Fletcher, Cameron Stewart, Babs Tarr, Joel Gomez, and Serge Lapointe
With the events of her pre-Convergence storyline all neatly wrapped up, Barbara is ready to get back to everyday crimefighting, but her recently simplified life is complicated again by the appearance of the new Batman: a police-authorized mecha piloted by her very own father, Jim Gordon. Tarr’s art is as appealing as ever, with a stylish energy that just bursts off the page (seriously, everyone in this damn book dresses better than I could ever dream), but the heart of the issue is the relationship between Jim and Barbara. Throw in a weird techy cult, a fight with Livewire, Barbara’s roommate Frankie trying to get in on the hero action, and the interesting ethical quandaries raised by the impending showdown between vigilante Barbara and police-sanctioned Jim, and this issue serves as a great jumping-on point and a great continuation of the Batgirl of Burnside saga. Grade: A


YES! What a perfect way to kick off a series. After a string of setbacks, Dinah’s decided to tour as the lead singer of the band Black Canary to earn enough money to get herself out of her current financial straits – but her inability to stop herself from kicking the snot out of no-goodniks in the audience is causing trouble. That’s all you really need to know for this book to work – Dinah’s past is a murky and unimportant thing, and Fletcher feeds you just enough information about Dinah’s bandmates and the forces gathering against them to keep you hooked. Fletcher and Wu give us a prickly, troubled heroine, trying her best to do both the right thing and the sensible thing even when they’re direct opposites, and Wu saturates the book in a messy, angry punk aesthetic that’s wildly different from the usual DC house style. It’s a brilliant fresh start to the character that drills down to her bare essentials, and between the mystery, the art, and Dinah herself, it’s totally compelling. If the disaffected teenage girls of America aren’t all wearing Wu-designed Black Canary shirts from Hot Topic inside of six months, I’m sad. Grade: A+

Catwoman #41 by Genevieve Valentine, David Messina, Lee Loughridge, and Kevin Wada
I haven’t been following Catwoman in years, and unlike many of the other #41s coming out this month, this issue makes no attempt to serve as a jumping-on point for new readers. It’s remarkable, then, that it’s as gripping as it is. I have no idea what’s happening – Selina’s head of a crime family? there’s two Catwomen? everyone is trying to betray everyone else? okay! – but the book is so sleek and moody and mysterious that I kind of want to go back to the beginning of Valentine’s run and catch up. Plus Selina’s reaction to the news of Bruce’s “death” is heartbreaking. Grade: A-

Book Deals Newsletter
Sign up for our Book Deals newsletter and get up to 80% off books you actually want to read.
Thank you for signing up! Keep an eye on your inbox.
By signing up you agree to our terms of use
Gotham Academy is one of my favorite comics every month, and this issue is no exception. Maps takes center stage in this issue, along with new student Damian Wayne, as a strange spell causes their hands to get magically stuck together – oh, and their fellow students to attempt to kill them. And you guys, this is the dream team. Maps’s manic enthusiasm makes her the perfect foil for Damian, who’s in his best imperious, angry kitten mode this issue. The art – a one-off fill-in for regular artist Karl Kerschl – is adorable, but a little hard to follow at times, and the story’s resolution is a bit rushed. Still, I could read Maps dragging Damian on wacky adventures forever. Grade: A

Harley Quinn #17 by Amanda Conner, Jimmy Palmiotti, Chad Hardin, and Alex Sinclair
I can’t tell if I’m not the right audience for this or what, but this book didn’t work for me at all. Harley’s assembled a gang of sub-Harleys to help her keep the peace in Brooklyn; shenanigans ensue, including a confrontation with the mayor, a botched date, and a climactic fight with a Popeye parody. It’s deliberately zany, but the humor struck me more as “trying too hard” than “actually funny.” Hardin’s an excellent draftsman but his timing and reaction shots don’t wring enough humor out of the script, and Harley’s semi-phonetic accent was exhausting to read. The main problem, though, is that a little Harley goes a long way, so a whole book of her hijinks gets draining pretty fast. Sorry, Harl. Grade: C+


More of the above, basically. An elaborate recap on the first page of this book explains that Harley has hitched her wagon to a semi-amnesiac Power Girl, and the two of them have been having extremely weird space adventures. After fighting off the come-ons of a sleazy Yoda parody and battling his hydra (thankfully not a euphemism), our heroines set off in search of Vartox, the planet’s imprisoned lounge lizard leader, who may be able to send them home. While there were some funny moments, I don’t love seeing PG flattened out into a staid straight man for Harley’s exhausting zaniness, and Roux – who like Hardin is an excellent but not particularly funny artist – could’ve taken it easy on the butt shots. Grade: C+

Justice League 3001 #1 by J. M. DeMatteis, Keith Giffen, Howard Porter, and Hi-Fi
In the year 3001, the universe is protected by a Justice League made up of people with the DNA of the original Leaguers mapped on to theirs. I went back and forth over whether to include this book, because it’s not totally clear what the team’s final roster is, but this first issue gives us eight leads and only two are cis men, so I say it counts. And you guys, I’m sad, because the Giffen-DeMatteis JLI is my all-time favorite team book and this is largely a tribute/weird continuation of that (the original Fire and Ice, both effectively immortal, are leads in this issue, as is a DNA-mapped Guy Gardner, and the cryogenically frozen and then defrosted Beetle and Booster are running around off-panel)…but where this book isn’t confusing, it’s actively offensive. Most of that centers around the aforementioned Guy Gardner, whose DNA has been mapped onto a female body; while Guy never expresses a preferred pronoun in the issue (and shouldn’t be obligated to!), there are multiple “funny” scenes of other characters arguing about Guy’s gender. DeMatteis has responded graciously to comments about the book’s transphobia on Twitter and seems willing to listen; let’s hope this creative team takes a page from Batgirl’s book and makes it better. For now, though, Grade: D

Prez #1 by Mark Russell, Ben Caldwell, John Lucas, Mark Morales, and Jeremy Lawson
I was stoked to hear that DC was bringing back Prez, one of the weirder characters in their back catalog, and even more stoked that America’s First Teen President was now a girl. I didn’t love the preview, which I found a bit hard to follow, but this first issue is fantastic: a truly biting satire of our current political climate, set in a world where corporations can hold office and votes on Twitter can launch an accidental YouTube sensation – our heroine, Beth Ross – as a viable presidential candidate. Caldwell’s scribbly, cartoony art is appealing and weird, totally immersing the reader in the dreamlike near-future of this garish semi-dystopia. My one complaint is that the book seems more interested in the satire aspect than its protagonist; we get some heartwarming moments with Beth and her dad, but I’d like to see her take on some more agency in future issues. Grade: A-

Starfire #1 by Amanda Conner, Jimmy Palmiotti, Emanuela Lupacchino, Ray McCarthy, and Hi-Fi
I talked about this one at length over here, but this is a mostly very cute story of Starfire starting a new life in Key West, Florida. Kori herself is adorable and I loved the art, but the story itself was very slow; I’m eager for the plot to get going and to see more of Kori’s personality besides her penchant for midriff-baring and misunderstanding slang. Grade: B+

Superman/Wonder Woman #18 by Peter J. Tomasi, Doug Mahnke, Paulo Siqueira, Jaime Mendoza, Cam Smith, and Hi-Fi
This book makes the cut because Wonder Woman is, theoretically, a full 50% of the headliners. But Great Hera, you wouldn’t know it from this issue, which is mostly Diana following Clark around Smallville and patting him soothingly on the shoulder while he broods. Sure, Clark’s current personal drama is naturally going to take precedence at the moment – we’re currently in the midst of the “Truth” storyline stretching across the Superbooks, and Clark has been outed as Superman and significantly powered down – but at no point does Diana express an emotion or opinion of her own. The fact that the book opens with her watching him sleep while she’s wearing nothing but his T-shirt – his logo – is symptomatic of the issue, and hell, the relationship as a whole: Diana’s being portrayed as an attaché to Clark instead of a hero in her own right, and she deserves better than that. Grade: C

Wonder Woman #41 by Meredith Finch, David Finch, Richard Friend, Jonathan Glapion, and June Chung
I haven’t been reading Wonder Woman since Azzarello turned the Amazons into murderers, and the “We Don’t Want to Call Her Feminist” Finch team didn’t make me want to jump back in, so I’m pretty in the dark as to what’s going on in Diana’s life these days. This book didn’t really enlighten me, but it didn’t confuse me either, as nothing much happens. Mostly Diana flies around and chats with people about the difficulties of juggling her multiple roles as superhero, god, and queen, which has the unfortunate effect of sounding a bit like one of those “Can Women Really Have It All?” articles you see in Redbook. The art is 90s house style, the inks are all over the place, and her new costume is a busy mess, although at least the arm blades do appear to be retractable. Also, at one point Wonder Woman, the actual God of War, gets taken down by mace. Overall, it wasn’t as bad as I thought it would be, but that’s really damning with faint praise when you consider the strength of the rest of the line. Read the out-of-continuity Sensation Comics instead – Diana saves a pet lion this week! Grade: C+