Have you ever wished you could stop time? Just for a minute or two, to pause and catch your breath. I’m not talking about Time Travel or Reversing Time to go and fix mistakes — that never works out well. Take a look at Five from The Umbrella Academy. Yeesh. Or DC’s The Flash. There’s a reason why our family yells, “Dammit, Barry!” at every opportunity. Time Travel is almost guaranteed to cause more pain than it’s worth. But a well-placed Time Freeze? That can be just what you need to collect your thoughts and avoid your own personal catastrophe.

There are rules, naturally. For example, the potential energy stored in a frozen movement could be disastrous, like broken bones or whiplash. Whether you call it Temporal Manipulation, Chronokinetic powers, or simply The Pause Button, the ability to stop time is potentially one of the most useful and yet underused superpowers known to comics. There are plenty of superheroes, villains, and characters who can move really fast or time travel. But to freeze time? That’s a little harder to find. I’ve narrowed it down to the five best characters to stop time, and even then I’m still open to discussion for it. I’m expecting some heated debate on social media about the difference between the power to stop time and the power to time travel. But first, press pause for a few minutes and check out our fave time stoppers below.

Stop Time When You Orgasm

There is no way to create a list of comics to stop time and not start with Sex Criminals. It is one of the wackiest ideas I have read, and yet it works. Quite well. It starts with Suzie, a librarian who discovers a unique skill to her self-exploration: she freezes time when she orgasms. Not exactly something they cover in the basic sex-ed classes at school. It seems like no big deal until she hooks up with Jon at a party. What do you know, Jon has the same ability. And when the two of them come together (bad pun, sorry), it creates quite a bit of havoc.

So what do you do with this unique skillset? Rob a bank. Okay, to be fair, it was Jon’s idea as a solution to save Suzie’s library, which is a noble thought indeed. What they didn’t plan for were the Sex Police, who exist for this exact reason. If you’re thinking it is all a bit more weirded out than you were expecting, rest assured it sticks the landing with the guiding hand of Fraction and Zdarsky. Fraction’s storytelling is smooth with plenty of wit and charm while Zdarsky’s quirky art brings warmth to the characters, however, it is still hard to read in public. Special mention must be made to Kinzie’s colouring. When time stands still, Kinzie’s colours flow with movement and fluidity across the page. Sex Criminals is great, but the colours are what make it magnificent. 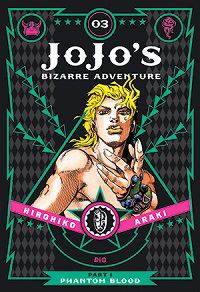 To be fair, some of the best comics to stop time are found on the manga shelves. Full disclaimer: I cannot wrap my head around JoJo’s Bizarre Adventure. I can read every issue consecutively for a year and have no idea what is going on, or I can take a break for a while and feel like I haven’t missed a thing. The only real consistent feature is DIO and his absolute insanity. He is the main antagonist in Part 1 and Part 3. He is one of many characters who can manifest life energy/spiritual energy into a physical personification called “Stands”; due to the fact they manifest standing next to the user.

DIO’s “Stand” is known as THE WORLD and has the ability to stop time for a maximum of nine seconds. While DIO can continue to move, everything else around him has stopped still. I’m not too sure exactly how you will gain extra summer holiday vibes in nine-second increments, but if you want to start yelling “Za Warudo! Toki yo Tomare” to test it, be my guest.

The Door of Space and Time 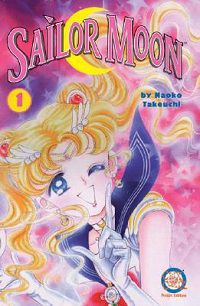 Out of all of the Sailor Guardians, Sailor Pluto definitely gets the raw end of the deal. She has the responsibility to protect the Door of Space-Time and possesses powers that are associated with space, time, darkness, and the underworld. That includes the ability to stop time, but since she is *technically* not supposed to do it, it comes at a cost. I only recall her doing it once in the manga and once in the anime; both times resulted in her death (though she reincarnated again elsewhere, as is the way of Sailor Pluto).

To be honest, I would love more exploration of Sailor Pluto’s character arc and ability. I know she is intentionally left in the dark, but come on! Bring her back to the team! And let her have some fun with the time-stopping!

Wizard Me Up Some Time Magic 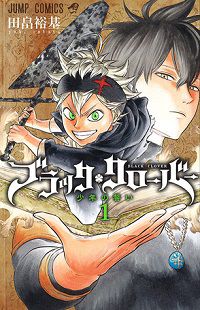 Black Clover gained popularity thanks to the anime adaptation in 2021. Set in a fantasy world with magical beings, Black Clover is at its best with strong character development. Sure, there is plenty of manga with “one powerless hero amongst the group of powerful but unique heroes.” Black Clover simply does the character development better. Take Julius Novachrono. He is the Wizard King and the strongest mage in the Clover Kingdom. He is also seriously powered out to the max with Time Magic.

Novachrono can manipulate time: either speed it up or slow it down, stop time completely, or even store it for use later. Julius can also see into the future, making him a formidable foe. But honestly, I think he might be a little bored with it all as well. At least it explains his very chill attitude. If I could gain even a smidgen of his chill, I think I could finally relax during the summer holidays. 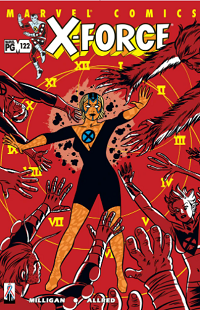 Most characters with time-stopping abilities tend towards the prankster vibe. It’s essentially allowing you to move undetected so you can get away with all sorts of mischief. Woodstock Schumaker understood this well. Created for Marvel’s X-Force and X-Statix comic series, Schumaker was desperate to join the media-driven X-Force — to the point where she was constantly harassing them with pranks and tricks. When they eventually agreed to let her join the team under the code name “Lacuna,” she changed her mind and opted for her own television show instead: Lacuna and the Stars.

Lacuna used her ability to create temporary cracks in the timestream, giving her the freedom to move around while everyone else stayed still. We can assume she was able to do this with little to no physical effect on people, thanks to her fave activity of undressing people to their underwear or replacing weapons with harmless objects.

Whether it’s avoiding a catastrophic accident or simply needing a few extra minutes to enjoy your cup of coffee in peace, the ability to stop time is now top of my superpower wishlist. This is only a starting list of comics to stop time, or at least let me dream. I don’t think I can mess up the timeline that much with a well-placed 90-second pause. But it would be nice to put the world on hold (and mute) for but a moment.