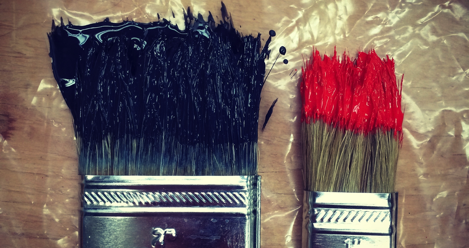 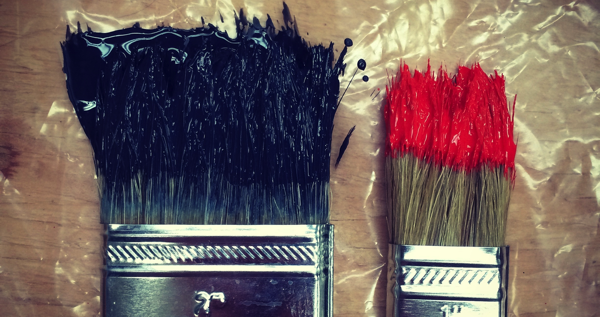 Comics twitter has been in a tizzy lately (again) over the critics vs. creators divide, this time spurred half by an ill-advised IDW Kickstarter and half by an article suggesting that comics critics should try making their own comics to understand the difficulty of it. As always, a recurring motif of this discussion has emerged, mostly comic from artists: comic critics don’t talk enough about the art.

I’m sorry, but that’s a lot of hooey.

I am not for one second denying that artists are often treated as secondary to writers, because they absolutely are. Classics of the medium are denoted by their writers (Moore, Morrison, Gaiman, etc.). We refer to runs by the writer’s name more often than not. Amazon and other retailers lists artists as “illustrators,” if at all, and new readers may use the construction “illustrated by” too, at least until they get more familiar with the medium.

More egregiously, publishers, especially the Big Two, treat artists as disposable and interchangeable—with alternating artists on the same storyline to allow for double shipping, with fill-in pages, with too-short deadlines, with abysmal page rates. DC’s website doesn’t list any artist but the penciller on individual issues, and Marvel’s Editor-in-Chief, Axel Alonso, recently dismissed the ability of artists to sell comics: “It’s harder to pop artists these days…I don’t know if we know how many artists, besides maybe McNiven and Coipel, absolutely move the needle on anything to be drawn.”

But that’s not comics critics. It’s not people who are immersed in the conversation around comics who are calling, say, Fiona Staples an “illustrator,” and it’s not critics setting lousy page rates and a restrictive house style. Publishers should be treating artists like the indispensable talent they are, and agitating for third-party retailers like Amazon to present them as such, too.

Putting that aside for the moment, though, let’s discuss what it means to “talk about the art” in comics.

This is not to say that the writer is disposable either. Comics, by their very nature, are collaborative, unless you’re Bill Watterson inking alone in your woodland bunker for a decade. (And if you are, thanks for reading, Mr. Watterson, and your work is very precious to me.)

In other words, whenever someone talks about their reaction to a comic—they cried or they laughed or they loved it or they hated it—they’re talking about the art, because the art is part of what made them feel that way. If you’re an artist and you read a review that says “This is a heartbreaking comic and I cried,” the reviewer isn’t ignoring you because they didn’t add “Oh and also the delicate ligne claire inking conveyed a breezy 1930s atmosphere reminiscent of Hergé.” You drew the comic. You broke their heart.

To be honest, I have been trying to talk more about strictly visual components like coloring, inking, and layouts in my own work, because I love comics and I like being able to identify why certain elements create certain effects. But for artists to act like discussions of plot, pacing, characterization, action, tension, and atmosphere have nothing to do with them is devaluing their own work. Just because someone might not have the vocabulary to explain why they had a particular reaction to a particular spread—or conversely because they think it’s self-evident—doesn’t mean they’re not talking about the artist’s contribution.

Besides, it’s art. By definition, it’s hard to talk about stuff that exists in a purely visual realm. That’s why we draw it.

Finally, it has to be said: if artists want critics to talk about the art more, they have to accept that sometimes critics are going to say negative things. If we say the women have unrealistic anatomy and are overly sexualized, or that a teenage girl is drawn as a heavily made-up adult woman, you can’t just wave your hand and say “Well, that’s just my style” as if that precludes all critique. When Greg Land can get paid for tracing porn and Frank Cho goes on a weird sketch cover campaign mocking the people (mostly young women) who dare to criticize him; when sites like Escher Girls exist because so many male artists do not understand that the female spine can’t turn 360 degrees like an owl’s neck…well, taking the art in this industry seriously has to come from both sides.

Again, there are a lot of problems with how this industry treats artists, and I will champion their rights to royalties, fair page rates, unionizing, and so on until the cows come home. But the problem isn’t that critics aren’t giving artists precisely the specific praise that they like. If we’re going to treat this medium seriously, we have to treat criticism seriously too. And targeting critics as supposedly unqualified to judge is only going to keep comics from being widely recognized as an art form worthy of the critical analysis—and critical praise—that we all know it deserves.