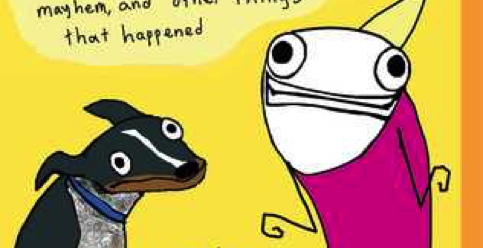 May is Mental Health Awareness Month in the United States. Now, comics haven’t traditionally done a bang-up job with their portrayal of mental health, especially on the superhero side of things – just think of all those “mad” scientists! – but there are a few books out there, particularly in recent years, that tackle more real-world iterations of mental health problems with thoughtfulness and sensitivity.

As someone who struggles with depression myself, I’ve often had trouble connecting with prose descriptions of what it feels like. It’s in comics where I find my experience reflected back at me. I don’t know why that is. Maybe it’s because a visual medium gives better scope to depict the empty spaces depression can create; maybe it has more to do with pacing, and color palates.

Whatever the reason is, here are a few comics that have helped me to see myself on the page a bit more: 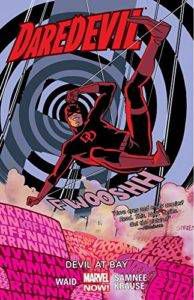 This run of Daredevil famously returned Matt Murdock to his swashbuckling Silver Age roots, instead of the misery, ill-fortune, and self-sabotage he’d been mired in since the 80s, and it has the joke-heavy script and bright colors to prove it. But despite Matt’s dogged attempts to perform “happiness” for onlookers, the demons of his past – and of his own particular brain chemistry – are still there. I’ve read allllll the Daredevil comics, and no scene of Matt crouching symbolically on a cathedral in the rain or wailing over the body of a dead loved one has ever hit me as hard as Matt cheerfully assuring his girlfriend that he’s right as rain, then closing the door and crawling into bed fully clothed. 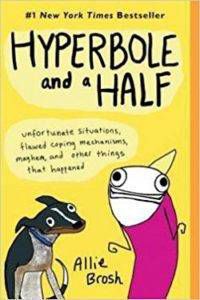 Hyperbole and a Half started as a blog with some funny MS Paint sketches about, like, grammar and dogs and the petty annoyances of everyday life. But Brosh’s posts grew fewer and further between, and increasingly shaded by something that wasn’t quite being said. When she finally returned with a two-part manifesto on her experiences with depression, it was like a light bulb switching on. Looking at her visual metaphors felt like expanding my vocabulary; the stupefied exploits of Brosh’s deliberately crude self-portrait are a perfect way to explain to people who haven’t felt it how very exhausting the numbness of depression can be. 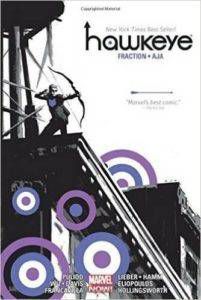 This run of Hawkeye was billed as “what Clint Barton does when he’s not being an Avenger,” and the answer turns out to be…not much of anything, or at least not without serious prodding. He sleeps. He drinks coffee. He wears a dirty shirt and no shoes and gets beat up. His loved ones get fed up with him and leave, but he still can’t shake himself out of this routine. There’s no real context for why he’s feeling this way, which again, is spot on – some depression is situational, but sometimes it just comes from your brain and all you can do is find a dog to love and some pizza to eat and try to muddle through. 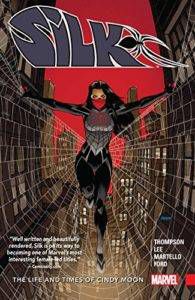 Cindy Moon spent over a decade in a bunker after being bitten by the same radioactive spider that gave Peter Parker his powers. Understandably, she emerged with a full slate of things to grapple with: depression, anxiety, grief, culture shock, anger. What I love about Cindy’s story is that she actually goes to therapy for these things, and that her therapist is depicted as a normal and helpful medical professional. Too often therapists in comics are supervillains in disguise, or at best, unequal to the challenge working with a superhero presents. Normalizing therapy, even for extra-normal characters, is a great step in the right direction.

There are obviously plenty more comics that deal with depression – Peanuts is sort of a 50-year exercise in it – but these are the ones that have resonated with me. Have you found comics that reached you in similar ways? Do you have any recommendations? Let me know!