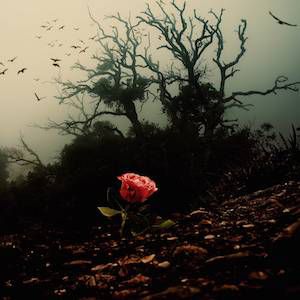 After the wildly popular release of Gone Girl, and the even bigger frenzy surrounding the movie release, it was inevitable that there were going to be a lot of similar novels published. (Remember after Harry Potter came out? It’s been a long, strange trip for us epic fantasy fans since then-though a very delightful one, with plentiful options and, in some cases, very high production values- but that’s another post.)

In the case of Gone Girl, it was actually popular enough to get a sub-genre of books named after it in the “psychological thrillers” category. Publishers (or whatever official secret marketing cabal comes up with genre names) seemed to think that it needed this label in order capture the enthusiasm for the particular mixture of things in the book that made it such a success. As some of you might be aware, the label that came to be attached to this sub-genre was “chick noir.”

I’m sorry, nameless secret cabal, but that name was not your finest hour. I winced when I heard it and everything it seemed to imply: that somehow because these books were centered on a woman and often featured domestic settings and analyses of intimate relationships that it was somehow a lesser sort of noir, marginalized away from the “real” noir (obviously only for dudes). It’s the same annoyance I feel when people dismissively label something as “chick lit,” as if books with that label are also somehow less than, not to be taken seriously, right out of the gate.

I have this reaction in part because I think it might scare off potential readers who don’t want to associate themselves with that dismissive tone–and that would suck because once you get past its name, this genre is amazing. This is a genre that I stay up all night for, put off work for, turn down invitations for, every. single. time. Why? It’s such a loose genre that it’s hard to make any sweeping statements about it other than the markers I’ve already named (female narrators, centered on everyday domestic life, involving intimate partners) but there are certain features of the genre that I think explain its success and its continued growth.

First and foremost is the fact that these novels are almost always told in the first person, and moreover, in the first person inside the head of someone riveting, fascinating, and– and this is crucial– honest. Like Amy of Gone Girl, the women who populate these books are generally given permission to do and say things that women know are against the code to say out loud. They are full of insecurity and worry and anger and paranoia expressed in jagged prose that leaves you unsettled and inwardly questioning why you are relating so strongly to the woman speaking. The least successful books in this genre, those “subpar” ones I mentioned above, tend to forget that honesty and unreliability is where the power of these books lies, not in the story of a virtuous woman who is better than all the others being deceived. We already have those books– this genre is for the women who are willing to admit to readers that the inside of their head is not pre-approved by the girl squad, and never will be. The best entries in the genre are more character study than mystery, and indeed, make that character study central to the mystery.

Another reason why this genre works such a powerful magic on me is that it is the inheritor of some pretty spectacularly powerful traditions. In this case, they come down to us from the Gothic ladies of the Victorian era who could never quite be sure if they stood on solid ground, banished to attics or unaware of attics, being told questionable ghost stories that might or might not be real, women being gaslit like hell by their evil husbands, and their thoroughly deceived descendants who are told to “not ask me about my business.” Every time I read one of these books, all these ladies I encountered in my childhood and adolescence are peeking over my shoulder, ramping up my paranoia to 11 before I’ve even started. It gets into some pretty primal fears that anyone living in a society that depends highly on a perfect public presentation might have, fears that are redoubled when you also live in a highly gendered society that demands a whole other layer of performance from you and your partner in order to gain approval. It’s not hard to see why uncertainty and fears of deception even in our most intimate relationships would resonate (and if you don’t know what I mean, a quick check of your Instagram and/or Facebook feed should clear it up).

Finally, and this part is pretty straightforward: the atmosphere. The best books in this genre have mysteries that are built on uncertainty and the realization that almost nobody the character interacts with can be relied upon to be reliable. This means that, added to the already Gothic premise, these books have an excellent sense of something’s-a-little-bit-off permeating them so that we always feel slightly unsettled, our fight-or-flight instincts on full alert according to our nature. Many of them are bathed in literal mists and shadows and lonely castles, but even if they aren’t, we might as well be there anyway. I might have raged at the “chick” part of this genre label, but I have no qualms with the “noir” part of it. There is a seductive darkness to much of the prose that makes it perfect night-time, fall, winter or stormy day reading.

For those who might be interested in trying out this genre, I can’t do better than to recommend a couple of series that got me, then hooked me on trying more (enough so that I did some extra work to find them– again, this is a pretty loosely defined group of books).

Start there first if you like the sound of this. Trust me, this is just the tip of the iceberg. And hey, if you find any other good ones after you finish these off, send them my way, eh? Help an obsessed reader out! By the time you finish these, I think you’ll get where I’m coming from.