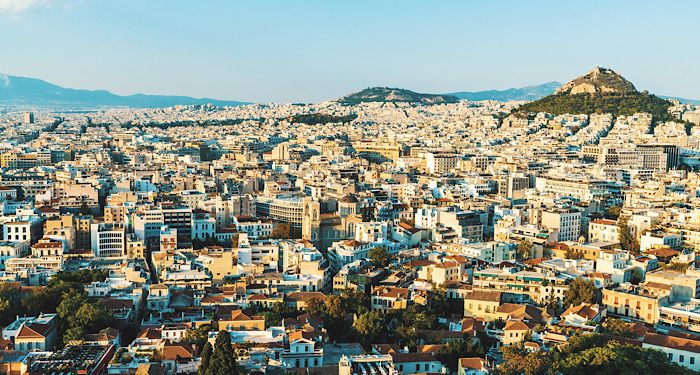 When many of us think of Greece, we think of Homer. Our minds draw straight to ancient Greece and ancient Greek, as if the cities of Athens and Sparta only exist in the mythical days.

But there is a thriving population today speaking in Greek — Greek that is not Homer’s Greek any more than our English is Shakespeare’s English. Modern-day Greece is haunted by much different ghosts than those of Achilles or Odysseus. From war with Turkey that resulted in many refugees and a large-scale population exchange, to the post–World War II civil war, to the 1960s military dictatorship, to the devastating economic crisis that began in late 2009, Greece’s modern history has room to fill epics of its own.

These books represent Greece as much as, if not more than, the Greece of ancient poetry or of influencers’ Instagram photos. But they don’t give perfect representation. I was unable to find a single novel translated from modern Greek into English that was written by authors of color. Particularly given Greece’s current refugee crisis, it’s more important than ever that Greek authors of color and other marginalized Greek authors are published and translated.

Many of these books dwell on the hardships that came from the conflicts and political and economic upheavals that Greece has gone through in the past 100 years. From a toxic friendship that haunts an anarchist protagonist to a series of short stories weighted down by the grief of economic struggle, these books dig into the heartbreak and fight of everyday people — with a couple twists of surrealism or magic here and there. 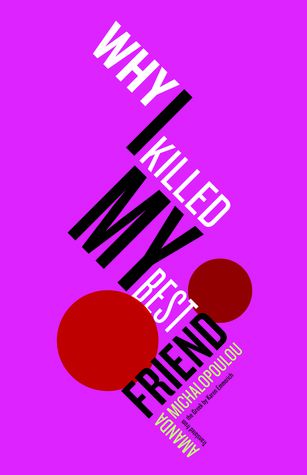 Why I Killed My Best Friend by Amanda Michalopoulou, translated by Karen Emmerich

Maria is an anarchist who teaches to pay the bills. One day a wild child appears in her class, and she instantly recognizes her mother. They were best friends once, as children and teens, until an event finally rocked them apart. This novel is a diary of that friendship: a toxic, rocky, painful one. Anna is too much. She always takes what’s Maria’s. It’s always about Anna. Yet Maria loves her, can’t break away, can only wonder if she’s loved back even slightly as much.

The relationship will remind readers of Elena and Lila from Ferrante’s Neapolitan novels. It also has a satisfying glimmer of sapphic sexuality and political commentary about colonialism, oppression, and feminism running through the story. It’s a book, ultimately, about the politics — both personal and societal — of power. 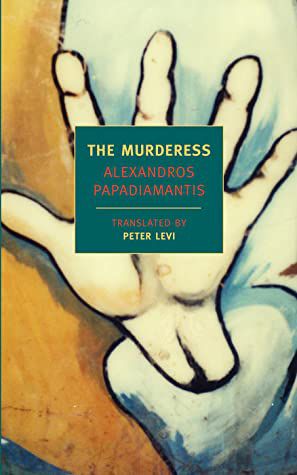 The Murderess by Alexandros Papadiamantis, translated by Peter Levi

Hadousa Frankissa has had a long, difficult grind of a life. She had a cruel mother. She was married off. She had children, who left, who went quiet, and she had to try and marry off her daughters. And then she became responsible for all of their children as well. In this world of bitter struggle and misogyny, in which being a woman is so fraught, a tug begins to pull at the back of Hadousa’s mind. The medicine woman begins to wonder if it would be better if these girl children didn’t make it through infancy. If they didn’t have to enter such a hostile world. It’s a dark, fast read about a woman whose mind twists in all the wrong ways. 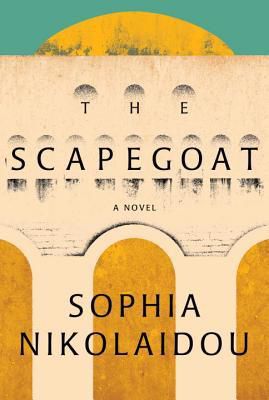 The Scapegoat by Sophia Nikolaidou, translated by Karen Emmerich

Minas is a student who has decided he won’t take the big exams at the end of the year that would send him to college. He’s tired of the endless grind, of memorizing knowledge that isn’t holistic in the slightest. But then his teacher gives him a challenge: write a research paper about the conviction of a man named Gris. A man who, it becomes very clear, was never guilty of murder, but was certainly convicted of it.

Nikolaidou’s novel is a generational, fast-paced story, that picks apart what it means to see justice, and how quickly society likes to find a scapegoat, a person on whom they can place their problems, as the easy way out. 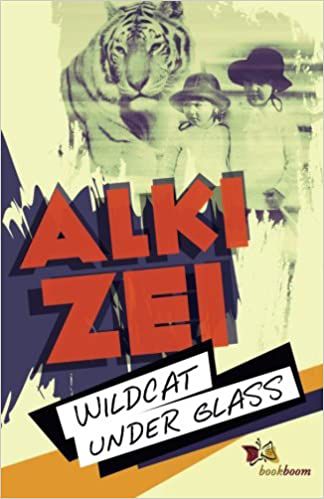 Wildcat Under Glass by Alki Zei, translated by Edward Fenton

Alki Zei (1925–2020) is considered one of modern Greece’s most classic, beloved authors. This book, first published in 1963, is considered a childhood must-read, and is often now assigned in schoolbooks — and so she has become cemented into Greek literature forever.

Wildcat Under Glass is narrated by a young girl named Melia. Through her eyes, we see the 1930s fascist government take hold and how her parents and town react. The book has been translated into more than 20 languages and is part of a loose trilogy by Zei that covers 50 years of Greek history. 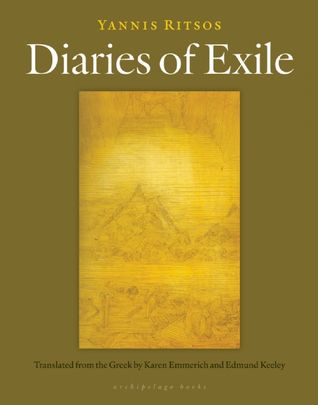 Diaries of Exile by Yiannis Ritsos, translated by Karen Emmerich and Edmund Keeley

Poet Ritsos spent years in prison camps for his Communist beliefs and his resistance against the right-wing. His poetry was banned and burned, he was nominated several times for the Nobel, and Pablo Neruda once said that he was more deserving of the prize than Neruda himself.

This book features the poems he wrote while imprisoned. He writes of a sort of community paired with deep weight and loneliness. He writes of silence, the emptiness of words, and the pain and fear of the encampments. His poetry is rich, sad, and worth the read. “Ants / have their house of dirt — it’s warm in there. / I don’t fit into my voice. My feet / stick out.” 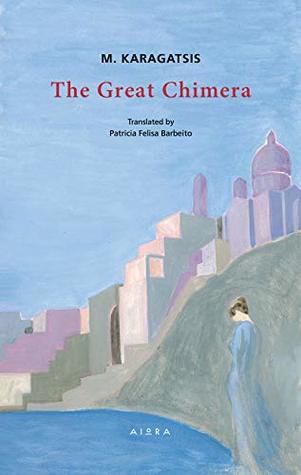 In this modern Greek classic, a young woman leaves France, fleeing her family and its difficult past to live with and marry the Greek sea captain she’s fallen in love with. At first, everything seems perfect — but as you’ve probably guessed, it’s not fated to stay that way. When the family hits on financial trouble, her husband leaves to try and restore their fortune, leaving her and her mother-in-law to share a home, trying to bridge the generational and cultural chasm that lies between them. 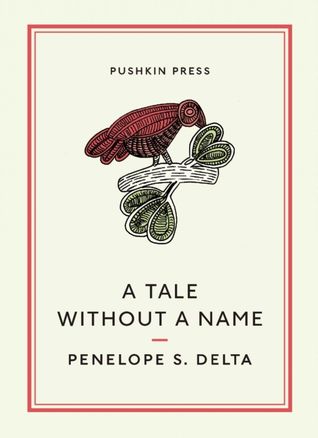 A Tale Without a Name by Penelope S. Delta, translated by Mika Provata-Carlone

This book is an entertaining, compelling fable that fits right in that perfect place between for-children and but-for-adults-too. Delta (1874–1941) lived through many personal experiences of war, violence, and political strife. In this short book, she writes of the King of the Fatalists, Witless, who ruins the kingdom through his greed and neglect — and she writes of the Prince and his sister Irene, the two young royals who begin to travel the kingdom, learning the values of industry and of leading by example.

I know it sounds a bit obvious, but it’s genuinely delightful: a fun, classic fantasy tale of what a good king should be and what a good kingdom looks like that without too much stretching can be applied to our modern-day systems and how, with the right mindset and knowledge at hand, they could be changed. 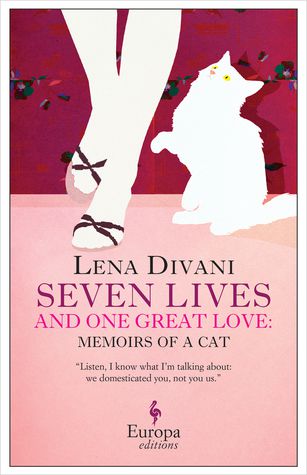 Seven Lives and One Great Love: Memoirs of a Cat by Lena Divani, translated by Konstantine Matsoukas

In this cute, unexpected novel, Sugar is a witty cat on its final* life trying to “fix” the life of his human, a writer who he’s hoping will eventually write his memoirs. He listens in on her conversations, judges her taste in music, and generally hopes that she’ll get it together at some point. Cat owners will laugh (and eventually cry) over this one and at Sugar’s snarky attitude.

*Sugar is on his seventh life. I originally found this immensely puzzling until discovering a note online that the Greek phrase references cats’ seven lives, not nine. 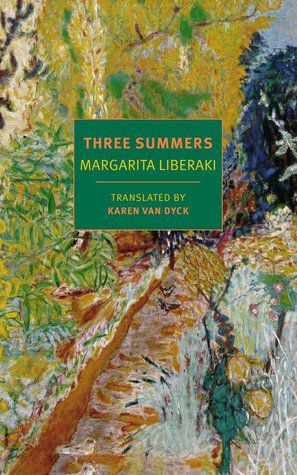 This NYRB classic features the story of three sisters — Maria, Infanta, and Katerina — as they grow up over the course of three summers in the countryside outside of Athens. It’s a rich novel first published in 1946 that digs into the romantic and sexual lives of these three teenage girls. It’s a reflective coming-of-age tale of three sisters figuring out who they are and who they will become, and dealing with the ups and downs of romance and discovery along the way. 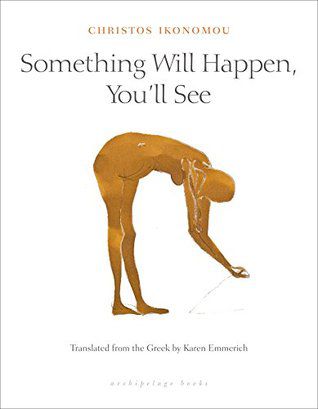 Something Will Happen, You’ll See by Christos Ikonomou, translated by Karen Emmerich

This collection of interconnected short stories is quietly, brilliantly sad. In the aftermath of the economic crisis, the people around Athens suffer, lose their jobs, struggle to feed their children. A pervasive hopelessness and the quiet violence of the complete failure to support the poor come together to create these devastating stories in which people mourn, dream, hope, and wish for better that they aren’t sure can come. A woman makes halva after being left by her partner; a man protests the workplace death of his friend; a worker assigned to house-sit for his boss can’t enter because the dog is too vicious. The grief of crisis, loss, and hunger comes through in these vivid, compelling tales.

Looking for more works in translation? Check out these books from Catalonia, Japan, Southeastern Europe, Argentina, Central Africa, Japan, Ukraine, Germany, and Chile, and books translated from Arabic and French. Or you can check out all of our in-translation content.

If you have recommendations or requests for future lists of books in translation, or if you want me to know about a book I missed, please let me know on Twitter!