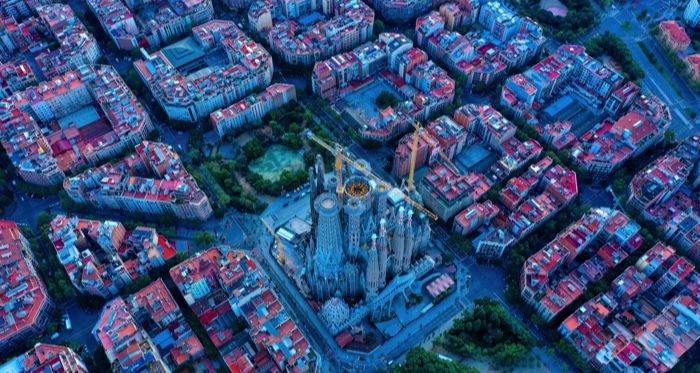 When I was preparing to travel to Barcelona in early 2020 (before COVID-19 shut down the U.S. and Spain), I decided to read as many Catalan books as I could from the region’s authors.

Catalan is a Romance language spoken in Catalonia, Andorra, and other parts of eastern Spain, as well as the Pyrénées-Orientales department of France. It has more than 4 million native speakers, most of whom also speak Spanish; more than double that number understand Catalan, or speak it as a second language. During Francisco Franco’s 40-year dictatorship, Catalan was prohibited: it was only when Spain transitioned to democracy in the late 1970s, and Catalonia regained control of its own education system, that Catalan was allowed to experience a rebirth.

Today, public schools in Catalonia (where Barcelona resides) teach exclusively in Catalan, a backlash to the former repression and attempt to reclaim the region’s identity and language. A large movement today is seeking independence and autonomy for Catalonia, a region that throughout Spain’s history has differentiated itself with its language, culture, and politics, and the Catalan language is tied into this fight. For all these reasons, as I educated myself about the region and prepared to travel to Barcelona, I was determined to include Catalan literature in my reading list.

It wasn’t easy: I made a list of those that were actually translated into English, and then had to cut that down because some weren’t available. A frustrating number of international bestsellers, feminist short story collections, and powerful modern novels were either not translated into English, but were translated but out of stock or print. Women and marginalized groups are particularly vulnerable to this neglect, and I found it difficult to find translated, available works by authors of color to add to this list. Montserrant Roig, Marta Rojals, and Pere Calders were just a few of the authors I found were disappointingly unavailable in English.

Ultimately, I did make a list however, and these are some of its treasures. I read Quim Monzó in anticipation of my trip, shivering in Chicago cold and anticipating warmer temperatures. I read Mercè Rodoreda as I walked Barcelona’s tiled streets, as I sat with a glass of wine in one of its many plazas, and as I sat in Parc Güell, overlooking the city and smelling the sweet honeysuckle around me. And I’ve read many more since, reminding myself of my trip. These 12 Catalan books in translation come highly recommended.

Please note that while I took great care to list content warnings when I could, sometimes things fall through the cracks. Please do additional research on the recommended titles if needed. 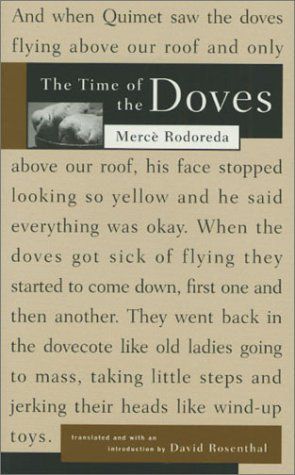 The Time of the Doves by Mercè Rodoreda, Translated by David H. Rosenthal

Rodoreda is considered the most important Catalan writer of the 20th century, and so her books were high on my list as I prepared to travel. She was exiled in 1939 after the Spanish Civil War, and her novels and short stories would go on to make her internationally famous, all while she was working as a seamstress. She was able to return to Catalonia in 1972.

The Time of the Doves is her most famous novel, a work that uses stream-of-consciousness and which has been translated into more than 30 languages. In it, she writes of a simple soul of a young woman trying to survive the Spanish Civil War. She deals with difficult relationships with two men and slowly grows into her own self, into her own independence.

Confessions is a thick book that is a bestseller in more than 20 languages. In it, Adrià Ardèvol has a diagnosis of early Alzheimer’s; before his memories slip away, he thinks back on his life, working his way through his memories. He recalls his lonely, neglected childhood, running around his family’s antique business, revering his father’s study, being ignored by his cold, practical mother. He remembers the accident that killed his father, flooding his life with mysteries and secrets that would end up taking him years to fully dig into, discover, and unspool. 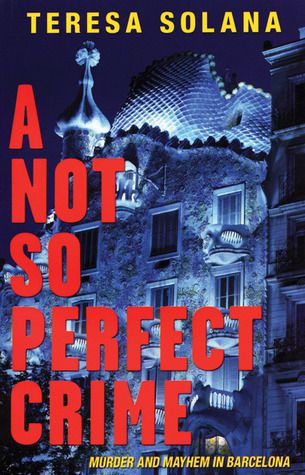 A Not so Perfect Crime by Teresa Solana, Translated by Peter Bush

This campy mystery was a blast to read. Two twin brothers, one of whom is deeply undercover as a cultural elite, make their money by discreetly looking into infidelities, business arrangements, and other mysteries for the upper class of Barcelona. But when a relatively routine investigation for an important politician suddenly becomes a murder case, the two men are thrown way over their heads. It’s a great novel about the absurdities of the elite, and full of funny misunderstandings and unfortunate mistakes. It was fun, easy reading, with an ending that took me by surprise in a way I couldn’t have anticipated.

Gabriel Delacruz has four sons in four different countries. None of them know each other — until Gabriel goes missing, and they come together. They begin trying to piece together the story of their own lives, their father’s life, and where he might be, by interviewing the people of his life, investigating the objects that filled his apartment, and growing slowly together as brothers.

It’s a big, compelling, funny, emotional story that is rooted in the ideas of found family, friendship, intergenerational story-telling. The friendship of Gabriel and his best friend Bundó, and the mythological of their truck making its international moves, all are full of adventure, and while the book is long, it’s also impossible to put down. 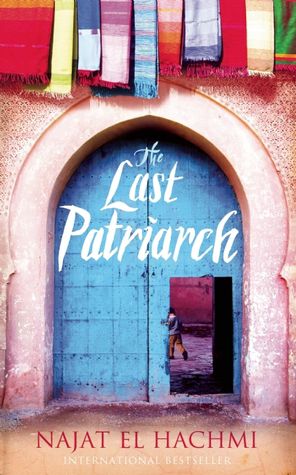 The Last Patriarch by Najat El-Hachmi, Translated by Peter Bush

The Last Patriarch by Moroccan-Spanish female author el-Hachmi is a strange, shocking novel about a physically and emotionally abusive father and the paranoid, sexist rages that control and shape his family. The Moroccan family immigrates to Spain, but her father’s pain, his anger, and his inexplicably violent temper rooted in strong patriarchal feelings of control and sexist ideas and manipulation. The novel is narrated by his daughter, now older and trying to escape any way that she can. Its best moments are when it reflects on storytelling and how stories are warped and passed down, how in families there are the “official” versions and the other, whispered versions, about how tales change and lies braid.

Solitude quickly became a classic when it was published in 1905, but it took 90 years for it to receive an English translation. In this short book, young woman Mila is newly married to a man who turns out to be unreliable, lazy, and careless; this hurts all the more because they move into an isolated and lonely hermitage. She suffers from depression and sexual and romantic frustration — but is able to find some solace in friendship and nature. It was a slow build but worth every page, particularly for the rush of an ending. This classic novel of Catalan literature is by Víctor Català, AKA Caterina Albert i Paradís, a self-taught writer who used the pen name to allow herself more freedom in writing about and exploring moral issues.

Why, Why, Why? Stories by Quim Monzó, Translated by Peter Bush

Monzó is an exceptionally talented author writing in Catalan right now. These stories are often cynical, blunt, and weird. They are full of mix-ups, of mistaking faces and names, of failures to connect to other people, of small moments of despair and unexpected burdens. A favorite of mine was “Married Life” — while many a literary fiction author has attempted to write of bitter, sexless marriage, it rarely hits a chord with me as it did in this tale. In “Hand on Heart,” a couple agrees to be completely honest with each other from here on out — and their relationship comes apart that night. Surrealist, absurd scenarios unspool; lives spiral; relationships unravel at the seams. 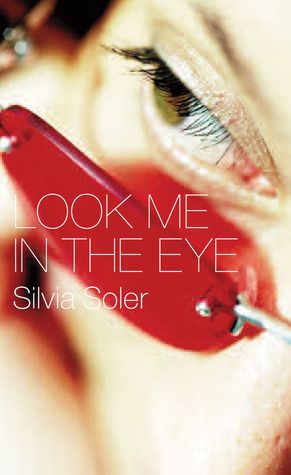 Look Me in the Eye by Silvia Soler, Translated by Richard Thomson

A woman named Blanca is translating a book from Italian to Catalan, and begins to catch something from the book, almost like a disease: its protagonist is convinced that her husband is cheating on her, and experiences an ever-growing frantic panic. As Blanca translates, she begins to feel the same sharp edge of worry — wondering, growing in paranoia, whether her husband Raimon could be unfaithful to her. Look Me in the Eye is meta in a couple ways, taking full advantage of the book-within-a-book-within-a-book technique, intriguing and webbed. It’s a quick and compelling read about the pernicious impact that doubt can have on a loving relationship, on the poisonous inner turmoil it can cause in a person.

The Passion According to Renée Vivien by Maria-Mercè Marçal, Translated by Kathleen McNerney and Helena Buffery

Renée Vivien was an author who openly celebrated her queerness, a poet who wrote in French in the early 1900s, and was explicit about her love for women. In this novel, Marçal, a political activist, poet, and writer, recreates and reimagines Vivien’s life through the voices of the people who surrounded her. It’s a rich, meta attempt to revive Vivien’s legacy: the protagonist of the novel is a biographer, trying to unravel the mysteries of Vivien’s life. Marçal pulls in the words of people who lived alongside Vivien, and even uses the poet’s own words, to try and get at the elusive life of a queer poet who was under-appreciated in her time.

This international bestseller tells the story of two families, the Palmisano and the Covertini families, who live in a tiny, hilltop village in southern Italy during World War I and II. Vitantonio and Giovanna are born seconds apart, at the same time their fathers are both dying on the front of the First World War. They grow up alongside each other, and begin to grow ever closer. But the war, and its legacy, continues to hang over their village, and now another war is beginning to swell, threatening everything they’ve managed to build. 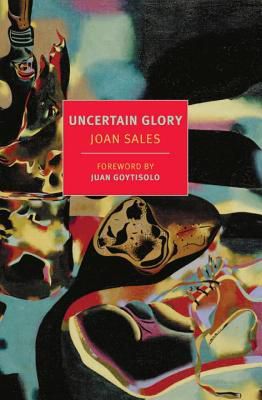 This epic novel digs into the realities of the Spanish Civil War: the young men struggling to learn to be soldiers, a young single mother trying to survive in lonely, gray, post-war Barcelona. It’s 1937, and Lluís wanders the countryside and falls for a beautiful widow; in the city, Trini is raising their son, arguing with her pacifist father, coping with her faith, and exchanging letters with Soleràs, an eccentric, unpredictable cynic.

Sales was himself a combatant, and he portrays in gray, smoky truth the murky divisions of the war, the impact on civilians, the ugly crimes committed by soldiers of both sides, the confusion of war, the beauty of the Aragon countryside. It’s a thick novel of disillusionment and young people struggling to survive while praying for a better future. Publishing it was a battle against the censors, as it was the first Catalan novel to depict the civil war from the defeated side, and was banned by Franco. It appeared in the form we have it today in 1971.

Death in Spring by Mercè Rodoreda, Translated by Martha Tennent

Two books by Rodoreda on the same list? I know — but the truth is, she’s just that good. And I have a soft spot for this one: I carried it with me through much of Barcelona. In this allegorical story that stabs at Franco’s Spain, Rodoreda writes of a young man coming of age in a small town completely subsumed by its bizarre and destructive customs that the townspeople perpetuate out of superstition, fear, and ritual. As the townspeople force pregnant women to blindfold their eyes; fill the dead’s mouths with cement to keep them grounded; the young man grows up and begins to question the reasons and rules behind all of their violent acts. Death in Spring was published after Rodoreda’s death, and it is dark, folkloric, and bitter.