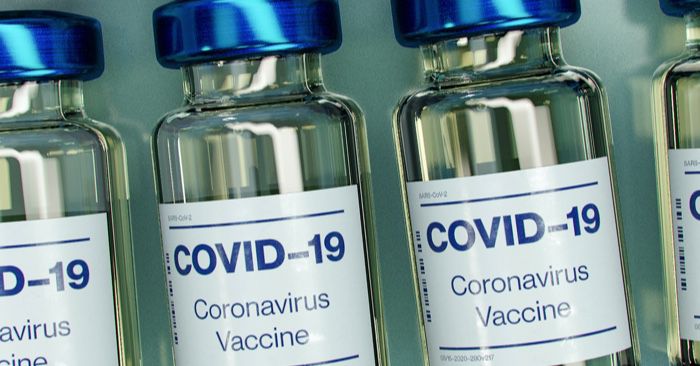 As vaccines open up to more adults, Twitter is having some fun with reminding people what they should not do even once they are vaccinated. And I don’t mean things the CDC recommends like avoiding unmasked visits with unvaccinated high-risk people and not attending medium and large gatherings. Instead, this farcical meme took over Twitter telling users that being vaccinated does NOT mean you can commit morally questionable acts immortalized in books, movies, television, and songs. Books in particular were ripe for the picking in creating funny versions of the meme as book Twitter users started to one up each other with references to everything from Pride and Prejudice to Twilight. I laughed along with many literary Twitter users and collected this bunch of my favorite tweets for you to enjoy.

The meme may have started with a good old Cask of Amontillado joke. This is a good throwback to 2016 when Poe was all over Tumblr and other social media sites. And frankly, vaccinated or not, I would never suggest emulating any of Poe’s protagonists, and that stands for The Tell-Tale Heart and The Fall of the House of Usher.

And, of course, a William Carlos Williams “This is Just to Say” meme soon followed.

I may have clapped my hands together when I saw this reference to my favorite scenes between kindred spirits Anne Shirley and Diana Barry in Anne of Green Gables. Who among us hasn’t mixed up raspberry cordial with currant wine?

Some deep literary analysis entered the meme through classics like The Great Gatsby and Moby Dick.

Boromir would definitely agree with this tweet! Even though I’m pretty sure Frodo does simply walk into Mordor in the end.

It is always a good idea to avoid the actions of Jurassic Park antagonist John Hammond.

Of course, Jane Austen twitter had a lot of fun with this meme!

Someone even pulled out an obscure Emma reference!

And there are lots of things from Twilight that you shouldn’t do.

We love to see a reference to From the Mixed-Up Files of Mrs. Basil E. Frankweiler. Also running away from home and social distancing inside the Metropolitan Museum of Art is secretly my pandemic dream.

I would argue things turned out pretty good for the unnamed heroine of Rebecca…you know, except for (spoiler alert!) being married to a murderer. She seems happy though.

Also, I think things go alright for Cassandra from I Capture the Castle too!

And author Kate Clayborn brought the meme firmly into Romancelandia with this challenge!

A nice You’ve Got Mail reference! The best and most bookish romantic comedy.

I personally feel attacked by this next one.

And finally, a reminder that under no circumstances should you forget about the Oxford Comma.

I hope you enjoyed these “Being vaccinated does NOT mean” memes! Even though the vaccine doesn’t give you permission to commit this literary faux pas, I wish you luck finding appointments once you become eligible.