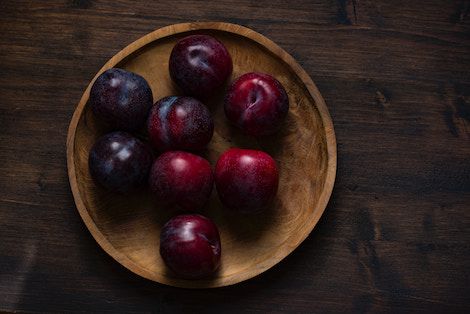 I do not know why the internet loves “This Is Just to Say,” the poem by William Carlos Williams, so much. It’s short and easily re-mixed, sure. It’s lighthearted and well-known, I guess. But lots of things are! This doesn’t explain why, for a few weeks, all Twitter did was share plums tweets.

It’s to bad that the only joke left On Here is the one about the plums.

Vox and NYMagazine have done their best to explain why we were talking about plums, but it is still a sort of beautiful internet mystery.

So instead of analyzing the plums tweets, I’m just going to celebrate them. Happy Plummas, everyone.

left icebox with none plums

This is Just to Say

which you have
probably
already
seen

This Is Just to Say, Ms. Jackson

I have made
cry
your daughter
that lives in your house

and which you
you were probably
hoping
for marriage

Forgive me
I am four eels
several fish
and not a guy.

“average person eats 3 of your plums a year" factoid actually just statistical error. average person steals 0 breakfast plums per year. William Carlos Williams, who lives in an ice box steals over 10,000 each day, is an outlier adn should not have been counted

And the woman said unto the serpent, We may eat of the fruit of the trees of the garden: But of the plums in the icebox which is in the midst of the garden, God hath said, Ye shall not eat of it, neither shall ye touch it, because I am saving it for my breakfast.

I don't wanna wait
for my plums to get colder

I heard there was a set of words
That the kids memed and confused the olds
But you don't really care for poems, do you?
Well it goes like this: the plums, the box,
The sweet cold taste, and the breakfast lost,
The baffling tweets reworking Carlos Williams