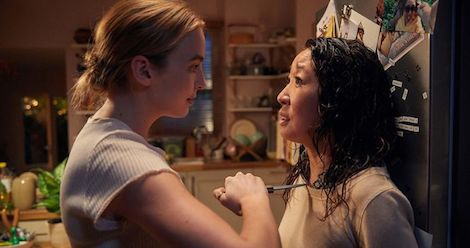 Looking for something to binge-watch this weekend? Book adaptations can be hit-or-miss…and there’s nothing worse than an adaptation that completely butchers the book it’s based on. I’m ridiculously picky about which shows I watch, and these book to TV adaptations are actually pretty fucking brilliant. 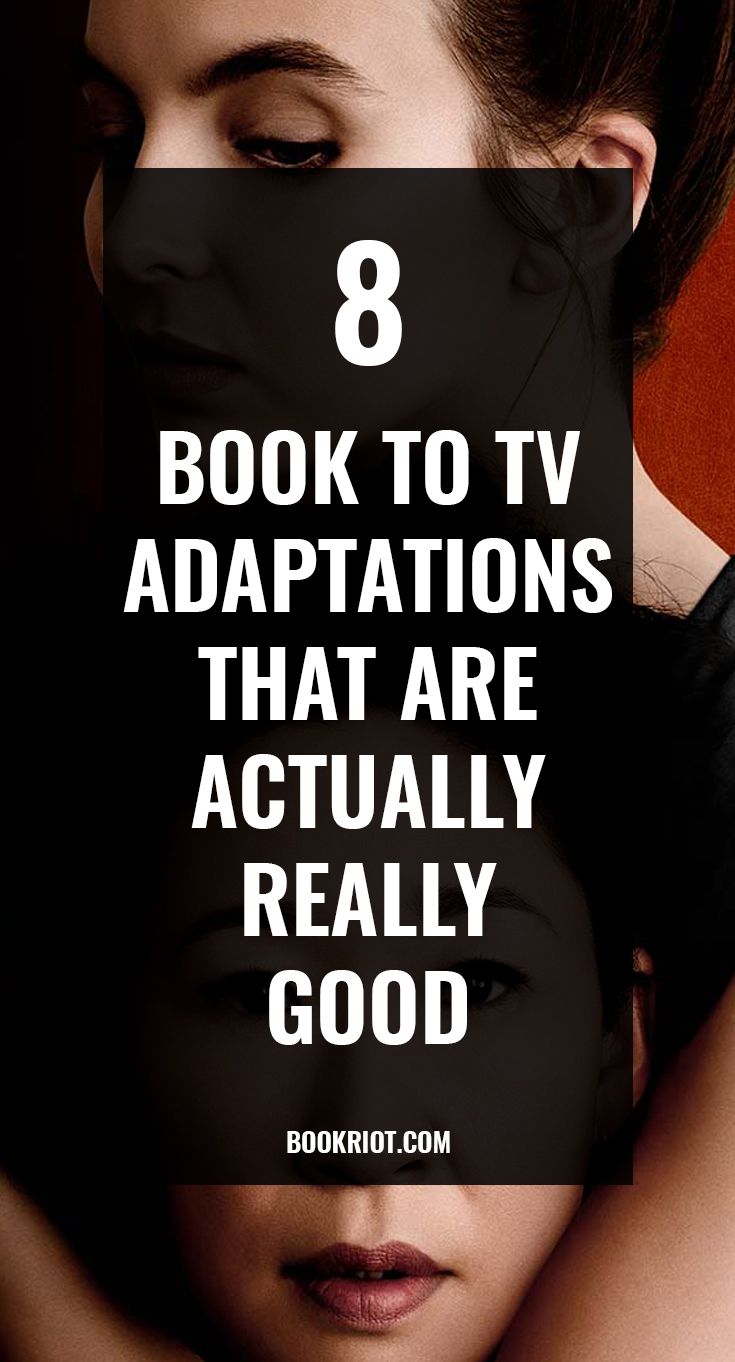 What happens when a beautiful psychopathic assassin and an everywoman MI-6 agent with amazing hair develop a mutual obsession with each other?

Based on the book Codename Villanelle by Luke Jennings, Killing Eve is unlike anything I’ve seen before. It’s seductive, shocking, and hilarious, and it doesn’t just alternate between the three. It packs all of them into each and every scene, so you don’t know whether to laugh, scream, or be just a little bit turned on. It keeps you completely off-kilter and constantly craving more.

Killing Eve just wrapped up its first season. If you have cable, you can watch it here. If you don’t have cable, you’ll have to buy the season on Amazon, iTunes, or YouTube, or wait for it to come to Hulu. The show has already been renewed for a second season.

There’s been a lot of discussion about the violence and brutality rampant in Hulu’s adaptation of Margaret Atwood’s prophetic 1985 novel. The second season is even more brutal than the first (which almost seems impossible, but there it is).

Watching The Handmaid’s Tale is an emotionally draining experience to say the least, but I’ve stuck with it this season because I still believe it’s an important show. It reveals the misogynistic animus behind the conservative movement’s political ideals by painting a graphic picture of what the logical end to those ideals looks like. And, you know, the performances are the stuff of Emmys.

The Handmaid’s Tale is currently in the middle of its second season. You can watch all episodes on Hulu.

Orange Is the New Black

Loosely based on Piper Kerman’s memoir about her year in prison, Orange Is the New Black has taken on a life of its own. And though the show is riotously entertaining, it also highlights a number of important (and oft-ignored) social issues like over-incarceration, the mistreatment of prisoners, racial tension and bias, the challenges faces by LGBTQ people, and of course, women’s rights.

You can catch up on seasons 1–5 on Netflix. The release date for season 6 has not yet been announced, but if past season re anything to go by, you can expect it sometime in June.

Jessica Jones is the only TV show based on a comic book I’ve ever actually enjoyed. And I think that’s because it’s not just another superhero show with the usual save-the-world drama. Before the #MeToo movement even got started, Jessica Jones was grappling with all the ways that men abuse, blame, and try to control women. And it was portraying the real-life consequences of that abuse—PTSD, depression, anxiety, etc.

In season 2, the show moved into the territory of mother-daughter relationships and what it means to be loyal to the people you love. All these riches and we still get a heroine with super strength. That’s what I call a win-win.

You can catch up on seasons 1–2 on Netflix. There will be a season 3, but there’s no word yet on when we’ll see it. Since it took nearly three years to get season 2, don’t hold your breath anytime soon.

Dare I say it? Outlander the show is better than Outlander the book. There, I said it. It’s not that I don’t admire and appreciate Diana Gabaldon for creating the wonder of a man that is Jaime Fraser, but the series has something the book doesn’t. Maybe it’s the spectacular visuals. Maybe it’s Caitriona Balfe. (It’s probably Caitriona Balfe.) Maybe it’s just that the lines which seem so perfect on the show come across a little corny without the broguish intonations of Sam Heughan. Whatever it is, you can be sure this is a show worth watching.

You can catch up on season 1–3 on the STARZ website. Look for season 4 this November.

Based on the book by Blake Crouch, Good Behavior follows the adventures of Letty Raines, a drug-addled thief trying to win back custody of her son, and Javier, a sexy Argentinian hitman with a heart of gold.

The relationship between Letty and Javier is what really drives the show. It’s amazing to watch these two incredibly fucked up people grow together and make each other better. As a whole, the show is thrilling and delightful, with pitch-perfect performances by the entire cast.

You can purchase seasons 1–2 on Amazon, iTunes, or YouTube. No word yet on whether or not there will be a season 3, so if you like the show, tell TNT to renew it.

The Man in the High Castle

What would the world look like if the allies had lost the war? The frightening alternate history of The Man in the High Castle envisions America divided into the East, ruled by the Nazis, and the West, governed by imperial Japanese forces. Add a dash of sci-fi and you’ve got the makings of a great show.

The real draw of this show for me, though, is Rufus Sewell’s performance as Obergruppenführer John Smith, a Nazi higher-up whose son is diagnosed with a  progressive degenerative disease. In a kingdom where the terminally ill and disabled are euthanized without mercy, this situation presents a uniquely compelling catalyst for character development that Rufus Sewell does an amazing job of exploiting.

You can catch up on seasons 1–2 on Amazon Prime. Season 3 will be released sometime this year.

The Durrells in Corfu

If most of the shows on this list seem a bit too dark for your taste, The Durrells is for you. This wickedly charming dramedy follows a British widow and her four children to the paradisiacal island of Corfu, where they struggle to thrive on what meager funds they have.

I can’t tell you how delightful this show is. You really have to watch it for yourself. It strikes just the right balance between humor, warmth, and family drama, and the cast is truly amazing.

You can purchase seasons 1–3 on Amazon, iTunes, or YouTube. Season 4 has been announced and will likely air in the U.S. this fall/winter.