This content contains affiliate links. When you buy through these links, we may earn an affiliate commission.
Avid Reader Press 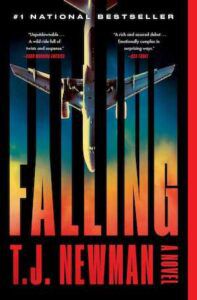 The best book deals of the day, sponsored by Avid Reader Press, publisher of Falling by T. J. Newman.

$3.99 Six Women of Salem: The Untold Story of the Accused and Their Accusers in the Salem Witch Trials by Marilynne K. Roach
Get This Deal
$2.99 The Gifts of Imperfection by Brené Brown
Get This Deal

The Enlightenment of the Greengage Tree by Shokoofeh Azar for $2.99

Under The Udala Trees by Chinelo Okparanta for $1.99

The Last Nomad by Shugri Said Salh for $2.99

An American Marriage by Tayari Jones for $2.99

Squire by Nadia Shammas and Sara Alfageeh for $2.99

The Temple House Vanishing by Rachel Donohue for $1.99

A Study in Charlotte by Brittany Cavallaro for $1.99

Admissions: A Memoir of Surviving Boarding School by Kendra James for $3.99

The Dark Tide by Alicia Jasinska for $1.99

Could You Survive Midsomer? by Simon Brew for $1.99

Sense and Sensibility and Sea Monsters by Jane Austen and Ben H. Winters for $1.99

The Husband's Secret by Liane Moriarty for $2.99

Burro Genius by Victor Villaseñor for $1.99

The City of Mist by Carlos Ruiz Zafón for $1.99

Seasonal Work by Laura Lippman for $1.99

I Came All This Way to Meet You by Jami Attenberg for $2.99

The Matter of Black Lives by Jelani Cobb and David Remnick for $1.99

The Heiress by Molly Greeley for $1.99

Shirley Jackson: A Rather Haunted Life by Ruth Franklin for $2.99

The Perfect Mother by Aimee Molloy for $2.99

Blood Scion by Deborah Falaye for $2.99

Shipped by Angie Hockman for $1.99