Riot Headline House to Hold Hearing on Classroom Censorship Thursday
This content contains affiliate links. When you buy through these links, we may earn an affiliate commission.
HarperCollins 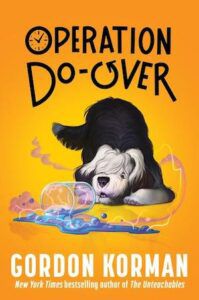 Today's edition of Daily Deals is sponsored by HarperCollins.

A Lady's Guide to Etiquette and Murder by Dianne Freeman for $2.99

Trouble the Saints by Alaya Dawn Johnson for $2.99

Graceling by Kristin Cashore for $2.99

The Affair of the Mysterious Letter by Alexis Hall for $4.99

Where Dreams Descend by Janella Angeles for $1.99

I Feel Bad About My Neck: And Other Thoughts on Being a Woman by Nora Ephron for $1.99

Rules for Visiting by Jessica Francis Kane for $1.99

Sophia Khan Is Not Obliged by Ayisha Malik for $0.99

At The End of the Matinee by Keoochiro Hirano for $1.99

Skyward by Brandon Sanderson for $2.99

An Unwanted Guest by Shari Lapena for $1.99

The Editor by Steven Rowley for $1.99

Messenger of Truth by Jacqueline Winspear for $2.99

Dear America, Notes of an Undocumented Citizen by Jose Antonio Vargas for $2.99

The Color of Magic by Terry Pratchett for $4.99

The Mermaid and Mrs. Hancock by Imogen Hermes Gowar for $1.99

The Merciful Crow by Margaret Owen for $2.99

The Essential Gwendolyn Brooks edited by Elizabeth Alexander for $1.99

Paperback Crush by Gabrielle Moss for $1.99

Dietland by Sarai Walker for $2.99

Bored and Brilliant by Mannish Zomorodi for $2.99

Lead from the Outside by Stacey Abrams for $2.99

The Forgotten Garden by Kate Morton for $1.99

How to Change Your Mind by Michael Pollan for $2.99

The Last Adventure of Constance Verity by A. Lee Martinez for $1.99

The Third Hotel by Laura van den Berg for $2.99

We Are The Baby-Sitters Club by Marissa Crawford and Megan Milks for $2.99

Initiated: Memoir of a Witch by Amanda Yates Garcia for $2.99

We Are Watching Eliza Bright by A.E. Osworth for $3.99

(Don't) Call Me Crazy: 33 Voices Start The Conversation About Mental Health by Kelly Jensen for $1.99

Son of the Storm by Suyi Davies Okungbowa for $2.99

Death by Dumpling by Vivien Chien for $2.99

The Forest of Stolen Girls for $2.99 by June Hur

The Mermaid, the Witch, and the Sea by Maggie Tokuda-Hall for $0.99