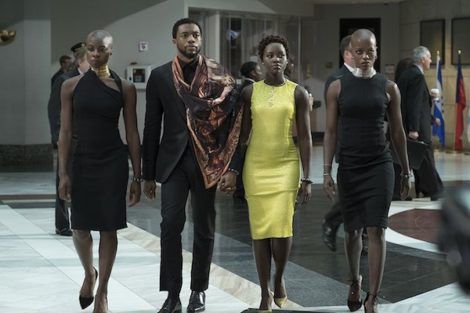 Have you seen Black Panther? Did you fall in love? Me too. It’s a great story, and it’s also one of the wisest, most intelligent, and challenging films I’ve seen in years. Since I can’t watch it on repeat, I’ve compiled a list of some of my favorite Black Panther quotes. Whether you need affirmation, inspiration, clarity, real talk, tough love, or a good  laugh, there are Black Panther quotes for every situation.

The Women of Wakanda 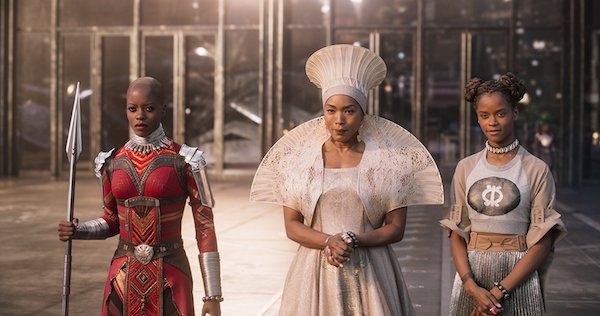 The women of Wakanda are fierce, powerful, funny, courageous, and independent.

“This corset is really uncomfortable, so could we all just wrap it up and go home?”

The Stack Newsletter
Sign up to The Stack to receive Book Riot Comic's best posts, picked for you.
Thank you for signing up! Keep an eye on your inbox.
By signing up you agree to our terms of use
—Shuri, at King T’Challa’s crowning ceremony

“Bullet wounds don’t just magically heal overnight.”
“They do here, but not by magic, by technology.”
—from an exchange between Agent Ross and Shuri, after Shuri has healed his seemingly fatal wound.

Okoye, in reference to her wig: “I want to get this ridiculous thing off me.”
Nakia: “It looks nice. Aye. Just whip it back and forth.”
Okoye: “What? It’s a disgrace.”

“Don’t scare me like that, colonizer!”
“My name is Everett.”
“I know.”
—from an exchange between Shuri and Agent Ross, after Agent Ross wakes up in Shuri’s lab.

They stand up for themselves. They are not afraid to state exactly what they want: 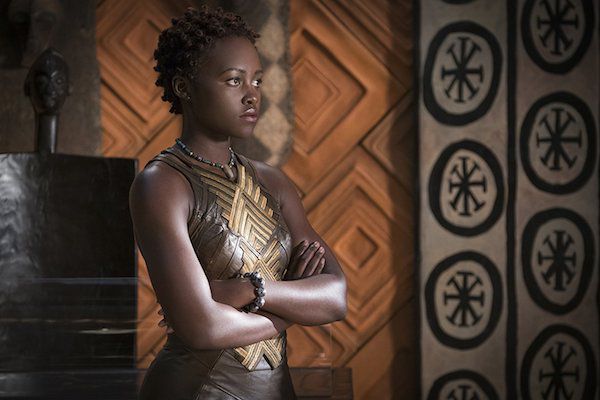 Agent Ross, to T’Challa: “Does she speak English?”
Okoye: “When she wants to.”
Because, obviously, Okoye can speak for herself.

They refuse to be defined only by their roles, their jobs, or the men they love:

“Drop your weapon.”
“Would you kill me, my love?”
“For Wakanda? Without question.”
—an exchange between Okoye and W’Kabi 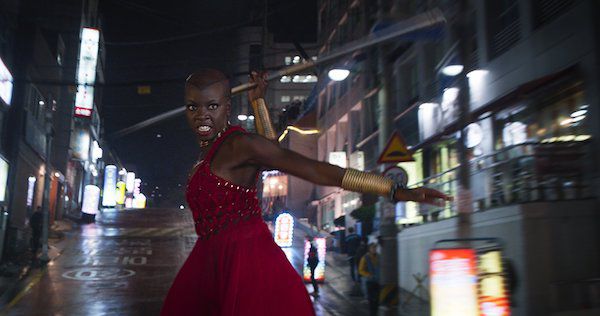 They’re funny. Sometimes their humor is lighthearted and sometimes it bites:

“The real question is: WHAT ARE THOSE?!?!?”
—Shuri, upon discovering T’Challa has worn open-toed sandals into her lab.

“I invite you to my lab and you just kick things around.”
—Shuri, to T’Challa

“Great, another broken white boy for us to fix. This is going to be fun.”
—Shuri

“When you said you would take me to California for the first time, I thought you meant Coachella.”
—Shuri, to T’Challa 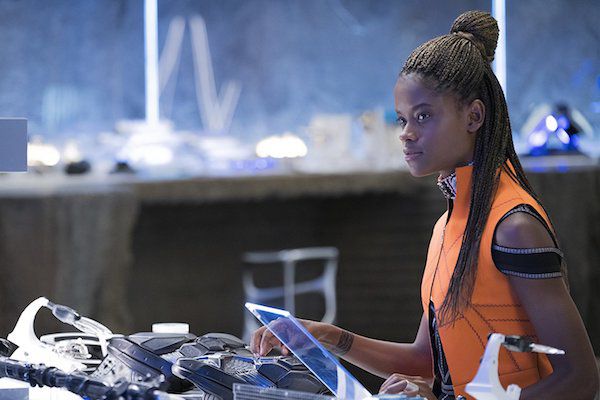 They are fierce and loyal and protective, and they take care of each other and those they love:

“We are in a difficult place, you who are the fiercest women of Wakanda. I will not offer you easy, empty words. But I will say that as Dora Milaje we are more than servants to any one man or woman—we serve Wakanda. And let us not forget, we also serve each other. Together we will always rise.”
—Mistress Zola (from Black Panther: World of Wakanda, 2017)

“If he touches you again, I’m going to impale him on this desk.”
—Okoye, during an exchange between Agent Ross and T’Challa, in which Agent Ross is not treating T’Challa like royalty.

“Sisters, you are here to learn to serve, to fight, to be fierce, to be fearless.”
—Aneka, to the Dora Milaje initiates (from Black Panther: World of Wakanda, 2017)

“I am loyal to the throne. What are you loyal to?”
—Okoye, to Nakia 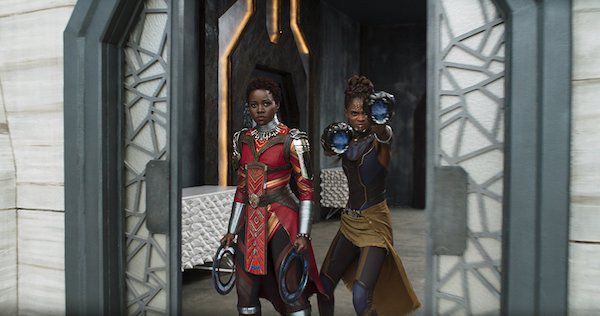 “Show them who you are.”
—Ramonda, to T’Challa, during his first challenge duel

“How many times do I have to teach you: just because something works doesn’t mean it can’t be improved.”
—Shuri

“You have been told that the might of your country is in its wonderful invention, in its circuits and weaponry. This is the mastery of things. But Wakanda was great before it had things, and its secrets are older than any vaulted metal.”
—Ramonda, to Shuri, on the spirit plane (from Black Panther: A Nation Under Our Feet, Volume 1, 2016)

“Your heart is so full of hatred. You are not fit to be king.”
—Okoye, to N’Jadaka

“Your father taught you all that warrior nonsense—but he also taught you how to think. Don’t fight this war with guns.”
—Ramonda, to T’Challa (from Black Panther #2, Invasion, 2005)

“You can’t let your father’s mistakes define who you are. You get to decide what kind of king you are going to be.”
—Nakia, to T’Challa

“Then do what you must, T’Challa. But don’t lose yourself. You are not a soldier. You are a king. And it is not enough to be the sword, you must be the intelligence behind it.”
—Ramonda (from Black Panther: A Nation Under Our Feet, Volume 1, 2016)

In addition to all this wisdom and ferocity and bravery and power, they give fantastic dating advice:

“Just don’t freeze when you see her.”
—Okoye

“You sure it’s a good idea to take your ex on a mission?”
—Shuri 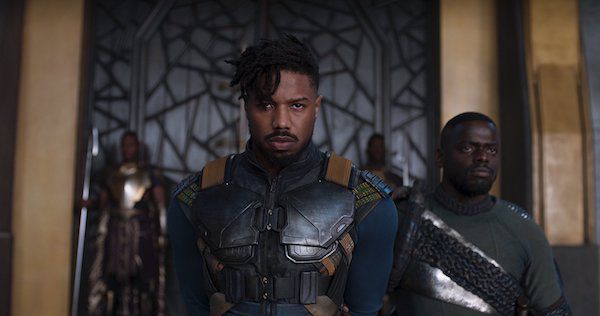 One of the things I love most about Black Panther is the complexity of the characters—especially the villain, Killmonger. Killmonger isn’t just an embodiment of evil, but a real, complicated human with fears, desires, motivations, and a history.

He’s smart as hell and makes some very keen observations:

Museum curator: “These items aren’t for sale.”
Killmonger: “How do you think your ancestors got these? Did they pay a fair price, or did they take them, like they took everything else?”

He takes what he needs:

“You’re telling me that’s vibranium, too?”
“Nah, I’m just feeling it.”
—exchange between Ulysses Klaue and Killmonger, upon taking an African mask from the museum collection

He speaks his mind, and he is not afraid to challenge the reclusive Wakandans and their way of life:

“Y’all sitting up here all comfortable. Must feel good. Meanwhile, there’s about two billion people all over the world that look like us, but their lives are a lot harder.”

“All over the planet our people suffer because they do not have the tools to fight back.”

“You know, where I’m from, when black folks started revolutions, they didn’t have the firepower to fight their oppressors.”

His words are often both moving and heartbreaking:

“Can you believe that? A kid from Oakland walking around believing in fairytales.”

“No tears for me?”
“Everybody dies, it’s just the way it is around here.”
—from an exchange between Killmonger and his father on the spirit plane

“Just bury me in the ocean with my ancestors who jumped from the ships because they knew death was better than bondage.”

The kings of wakanda

Need inspiration? Feeling burnt-out, worn-out, inadequate? Have you forgotten what you’re fighting for? Do you need a reminder that you can, indeed, do what you were born to do? The kings of Wakanda have got your back.

T’Chaka, T’Challa’s father, has his faults. He also knows what he’s talking about:

“You are a good man with a good heart, and it is hard for a good man to be king.”

“You are going to struggle, so you need to surround yourself with people you trust.”

“A man who has not prepared his child for his own death has failed as a father. Have I ever failed you?”

“He was the truth I chose to omit.”
—from an exchange in which he explains to T’Challa why he left N’Jadaka/Killmonger behind in Oakland

Of course, it’s not just the kings of Wakanda who are wise (and hilarious):

“Do not tell me what is possible. Tell me the truth.”
“Some truths are too much to bear.”
—exchange between T’Challa and Zuri

“You can’t talk. One more word and I will feed you to my children.”
Pause.
“I’m kidding. We’re vegetarians.”
—M’Baku 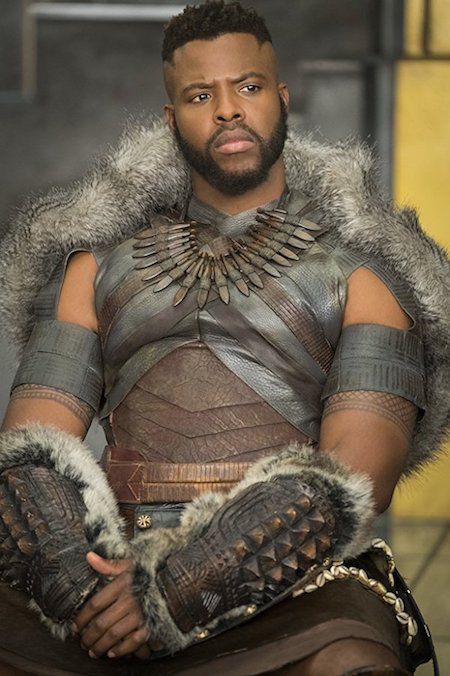 Finally, there’s T’Challa, who proves himself, through struggle, to be a true king:

“All of you were wrong to turn your backs on the rest of the world. We let our fear of discovery stop us from doing what is right. No more. I cannot stay here with you. I cannot rest while he sits on the throne. He’s a monster of our own making. I must take back the mountain. I must right this wrong.” 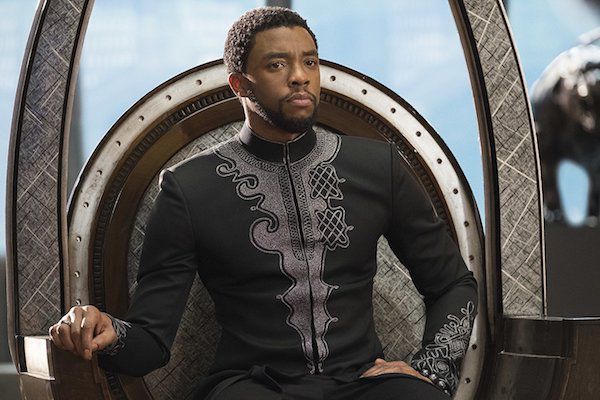 “If the world found out what we truly are, what we possess, we could lose our way of life.”

“But waging war against other countries has never been our way.”

And if T’Challa’s speech to the United Nations isn’t a rallying cry for a new generation, I don’t know what is:

“Wakanda will no longer watch from the shadows. We cannot. We must not. We will work to be an example of how we as brothers and sisters on this earth should treat each other. Now, more than ever, the illusions of division threaten our very existence. We all know the truth: more connects us than divides us. But in times of crisis, the wise build bridges, while the foolish build barriers. We must find a way to look after one another as if we were one single tribe.” 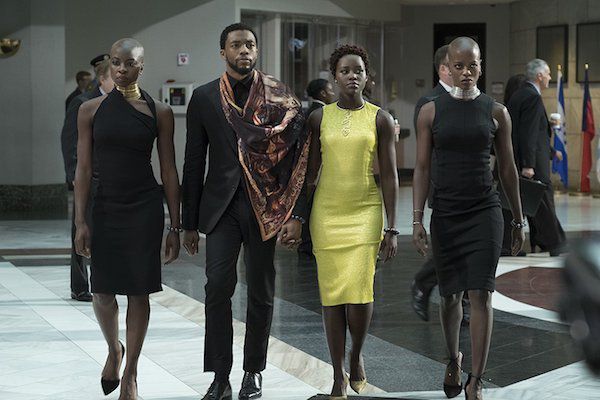 Can’t get enough of Black Panther? Neither can we! You can read all about how Rioters reacted to the movie, or check out this roundup of some amazing #WhatBlackPantherMeansToMe hashtags. And if you’re feeling sad you can’t watch it over and over again, why not try some sci-fi/fantasy books like Black Panther?

What are your favorite Black Panther quotes?