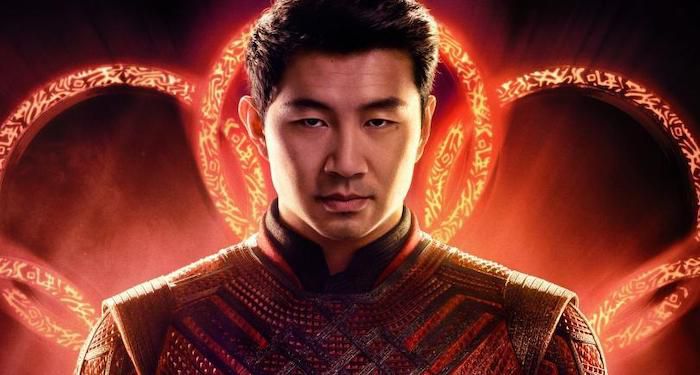 Marvel’s Shang-Chi and the Legend of the Ten Rings, starring Simu Liu as the titular hero, drops on September 3, and judging by the trailer they released this spring, it’s going to be awesome. But who is Shang-Chi, and what comics should you check out if you’re hoping to learn a bit more about him before the movie arrives? Don’t fret, friends; I’ve got you covered.

Shang-Chi is one of the oldest and most prominent Asian heroes in western superhero comics, first appearing in Special Marvel Edition #15 (December 1973) by Steve Englehart and Jim Starlin. He proved popular enough that two issues later, the title of the book was changed to The Hands of Shang-Chi: Master of Kung Fu, a title it would keep until it was cancelled with #125, which I believe also makes Shang-Chi the longest-running Asian headliner (DC’s Cassandra Cain is a distant second with 73 issues of Batgirl).

However, if you’re looking at that 1973 date and those two white creators and thinking “Hmm…” you’re not wrong to be concerned. Shang-Chi was originally the son of the pulp villain and deeply racist caricature Fu Manchu, an ancient and murderous megalomaniac who first appeared in the pulp novels of Sax Rohmer. When he discovers that his father is, like, super duper evil, Shang-Chi severs ties and winds up working for the British Secret Service instead, usually with the aim of thwarting his father’s evil schemes. Marvel’s license to use Fu Manchu and other related characters eventually expired, but they simply changed Shang-Chi’s father’s name to “Zheng Zu” and left the characterization intact. (You should definitely check out this article for more on Shang-Chi’s origins, because they’re super interesting.)

Despite the racist backdrop, Shang-Chi has always been a really engaging and likable character. He’s thoughtful and introspective in a way that superheroes rarely are, constantly analyzing the ethics of his actions and his place in the world. He’s also a total badass, holding his own in a superhero universe despite the fact that his only power is being really, really good at kung fu. (Well, and all martial arts. But kung fu is the one in the title of the comic.)

(Note: until recently, the creative teams behind Shang-Chi’s adventures were overwhelmingly white, and they remain overwhelmingly male. As usual, superhero comics have a ways to go when it comes to diversity, both on and off the page.)

If you’re interested in checking out some Shang-Chi comics, here’s a few places to start: 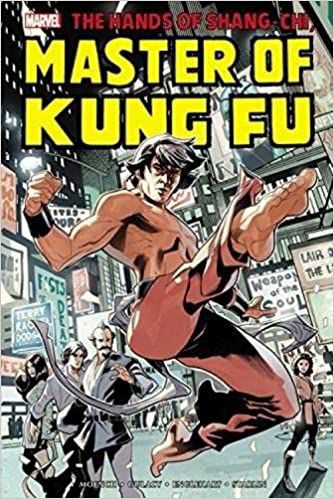 Shang-Chi’s original series is deeply problematic for the reasons discussed above and also because it’s, you know, 50 years old by now, but it’s also a fascinating historical artifact. If you don’t feel like shelling out the big bucks for an omnibus collection, there are significantly cheaper paperback Epic Collections, or you can go issue by issue on Comixology. 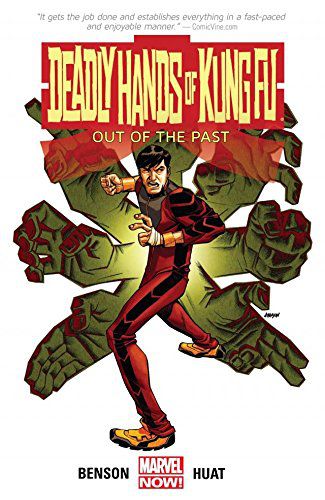 Deadly Hands of Kung Fu: Out Of The Past by Mike Benson and Tan Eng Huat

Shang-Chi was born out of the kung fu trend of the ’70s (he was literally designed to look like Bruce Lee), so after his original series was canceled in the ’80s, he languished in semi-obscurity for decades, a relic of an older time. Luckily for him, in the mid-2010s, Marvel began very publicly introducing new non–straight white dude characters, as well as elevating their existing ones, and Shang-Chi became less tricky to find (though still relegated to the occasional miniseries or stint on a team rather than getting a new ongoing series to call his own). This series is very much a modern take on his original run, beginning with the murder of his longtime love interest Leiko Wu and mixing British spy antics with supernatural peril (albeit still a bit of iffy Orientalism). It’s a nice showcase for Shang-Chi’s thoughtfulness and steely resolve, with added fun thanks to guest appearances from his fellow kung fu era creations the Sons of the Tiger and the Daughters of the Dragon. 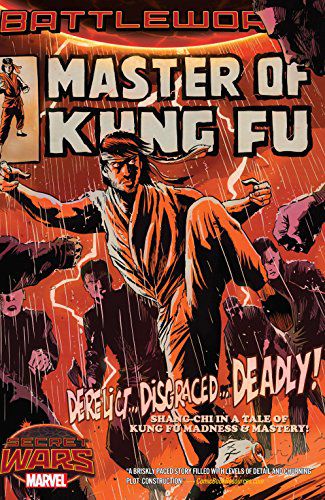 This miniseries springs out of the Battleworld crossover, but you don’t need to know anything about that to follow it. Suffice to say it created a lot of alternate universes, and this one pits a drunk and jaded Shang-Chi in a deadly tournament against a whole bunch of reimagined Marvel heroes, most notably Iron Fist. (Iron Fist loves martial arts tournaments the way Spider-Man loves feeling sorry for himself.) It has no bearing on the larger Marvel universe and probably none on the movie, but the art sure is stylish. 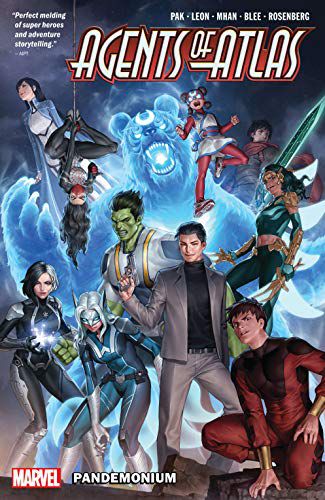 Agents Of Atlas: Pandemonium by Greg Pak and Nico Leon

When a tech billionaire decides to create a highly profitable pan-Asian tourist adventure by teleporting neighborhoods from around the world into the same place, this all Asian and Asian American team led by Amadeus Cho and Silk finds themselves as “Pan’s” inadvertent and conflicted protectors. Shang-Chi has a relatively small role and the series ends on a frustrating cliffhanger, but on the other hand, it’s really entertaining and there’s tons of dragons. So it’s a toss-up! 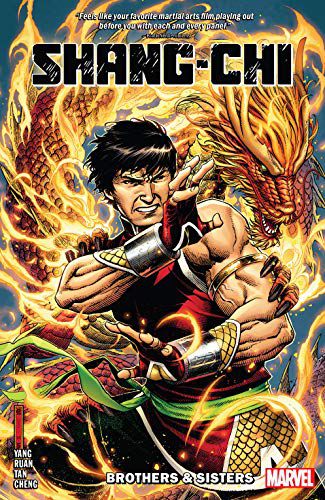 With his father dead, Shang-Chi is just trying to live a normal life. But someone has to rule his father’s organization, and Shang-Chi has several siblings who would like to either see him in charge…or dead, so that they can rule. Also, his father’s ghost may or may not be haunting him. Poor Shang-Chi never catches a break.

Currently, Marvel plans to release Shang-Chi and the Legend of the Ten Rings exclusively in theaters for the first 45 days before making it available digitally, so let’s hope the world is in a place where we can all feel safe going back to the theaters by then. In the meantime, if you’d like to read more about Shang-Chi, I wrote about his ties to Fu Manchu and Marvel’s own issues with anti-Asian racism here, and some of the delightfully goofy villains from his original series here.