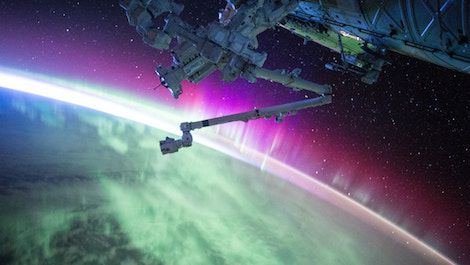 Sci-fi is a great genre to consume as a book series. There’s plenty of time for the author to create a world you’re excited to get lost in—without sacrificing compelling character development. These are some of the best sci-fi book series grouped by themes: 1) technology, 2) world building, 3) society/people, and 4) aliens. Let’s get to ’em. 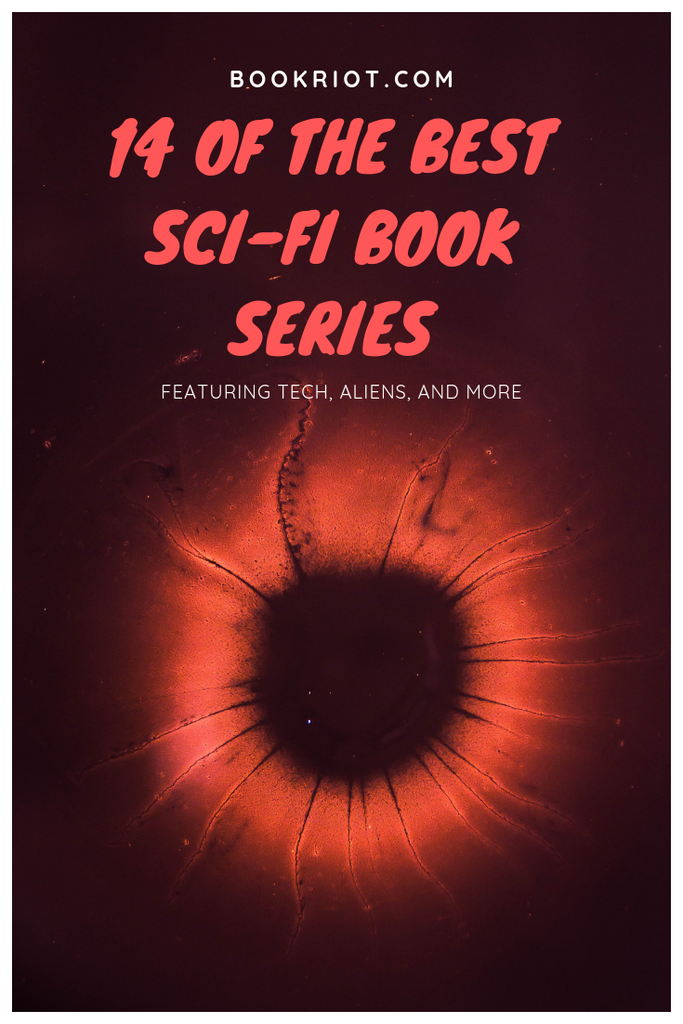 These reads go a step further in the technology realm either through how realistic they feel (i.e. hard sci-fi) or via the masterfully imagined technologies employed as a main plot point. 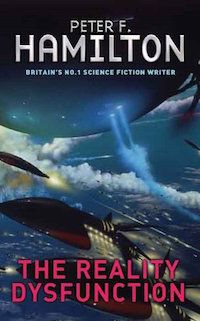 Sentient, organic habitats house large populations of humans. They also bond with one human that they can share thoughts with, which forms the foundation of one of the most endearing relationships between humans and what we generally consider inanimate objects (also see the Hyperion Cantos if you like that type of stuff). It reminds me of the beloved robots in Interstellar.

Though this series heads in a direction that I consider pretty unusual for a sci-fi series, I think the technology that allows habitats and humans to live symbiotically and how this is leveraged in the plot makes this series absolutely worth reading. 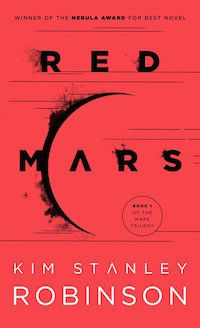 This series focused on terraforming Mars is full of small details that I’ve heard confirmed by NASA scientists. These small details immerse the reader into life on Mars. I remember thinking how small but important one detail was: the horizon on Mars is much closer, because the planet is smaller than Earth. And small details like that really make the series come alive! The series covers almost two hundred years of technical and social challenges of settling Mars.

The following series did an exceptional job crafting, describing, and incorporating aspects of world-building. Pick one of these series if you are looking to escape the real world for a bit.

The Dreaming Void, The Temporal Void, The Evolutionary Void 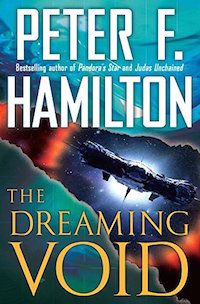 Two parallel stories that don’t seem remotely connected eventually cross paths in the second of Peter Hamilton’s series on this list. I really enjoyed both of the worlds Hamilton created in this series, which requires all three books to flesh out 100%. One of the worlds is more traditional sci-fi while the other one incorporates more elements of fantasy. At first they seem completely disparate, but as individuals in each world start unusually vivid dreaming, it’s revealed that the clashing of these two worlds may mean the end of civilization—for everyone.

This series is part of the overarching Commonwealth Saga and is recommended for current or new fans of Hamilton. 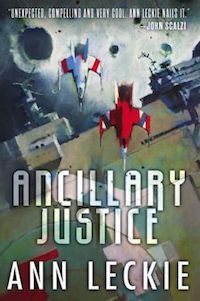 The expansionist Radch empire uses AI technology to control soldiers’ bodies. People are not distinguished by gender, and everyone is refreshingly referred to using female personal pronouns. The trilogy follows Breq, a starship fragment now in the body of a soldier.

If you are interested in a space opera that doesn’t follow the formula, this should be your world-building pick.

(Hyperion, The Fall of Hyperion, Endymion, The Rise of Endymion) 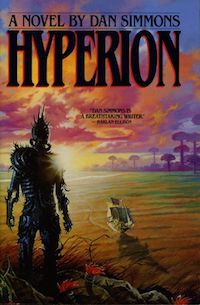 The Hyperion Cantos follows the struggle of some key characters whose paths are intertwined across great parts of space and time. I favor the second half of The Hyperion Cantos—Endymion and The Rise of Endymion.

One of the great parts of sci-fi is that you can choose to explore aspects of society of people in more depth simply by changing the technology available or the challenges they face. The following series shine because of their  character development and exploration of societal challenges.

Rocannon’s World, Planet of Exile, City of Illusions, The Left Hand of Darkness, The Word for World is Forest, The Dispossessed, Four Ways to Forgiveness, The Telling, The Birthday of the World and Other Stories 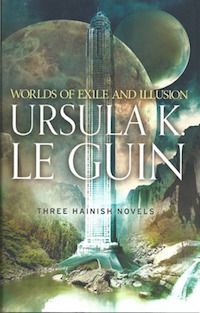 Ursula K. Le Guin challenges societal assumptions and expectations in the Hainish Cycle. Humans are the result of colonies started by Hain a long time ago, and differ dramatically due to genetic engineering and divergent evolution once travel between the colonies ended.

Note that each book can be read on its own. The Left Hand of Darkness and The Dispossessed are the most popular of the Hainish Cycle. 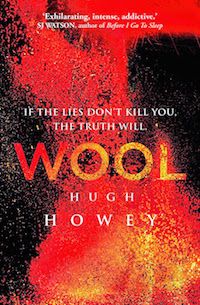 This post-apocalyptic series explores the darker parts of human society from the perspective of Juliette, a newly elected sheriff of a society that lives in a large, underground silo. “Truths” believed for generations rapidly start to erode as the new police sheriff begins to investigate strange parts of the silo.

I appreciated the development of different characters and asking myself how I would act in various tough scenarios. Perfect for the reader who wants to explore themselves, in addition to behavior on the societal level.

The Fifth Season, The Obelisk Gate, The Stone Sky 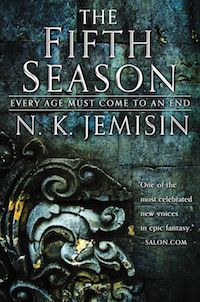 The Broken Earth trilogy features some of the most diverse characters I’ve seen in a sci-fi series.

Every “fifth season” the super-continent Stillness undergoes dramatic and rapid climate change. Humans live in Comms, or communities, that must keep the skills of their members balanced. The key to surviving and minimizing the fifth seasons may be orogenes, who have the power to control energy in the Earth. However, orogenes are mercilessly hunted by Comms or exploited by the Fulcrum.

The nuanced relationships between the character in addition to the beautifully described power of the orogenes makes for a hard to put down read.

The Murderbot Diaries by Martha Wells 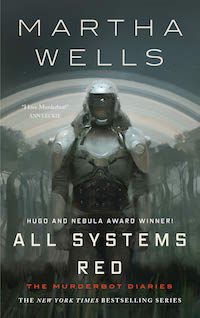 Even though Murderbot isn’t technically a person, Murderbot is one of the most relatable characters in sci-fi.

Murderbot is a security unit that has hacked its own governor module and now spends its free time marathoning any and all forms of entertainment. Adorably awkward, Murderbot realizes it must (wants?) to help the humans it’s with when the neighboring base goes dark.

Read this series when you’re up for a laugh or something lighter. 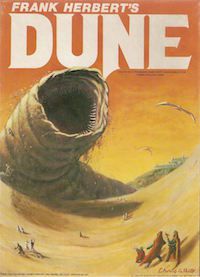 A “cult-classic,” Dune begins on the planet Arrakis. Arrakis is a barren, desert land that is the source of melange, or “spice,” which enhances mental abilities. Therefore, Arrakis is a key planet for a noble house to occupy in the feudal interstellar society.

This is a Society and People read because politics, religion, ecology, technology, and emotions are all explored in depth. This is a very dialogue-based sci-fi series.

The Patternist series by Octavia Butler 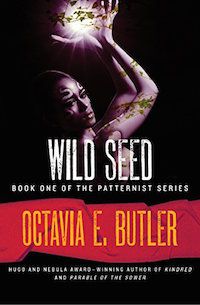 Octavia Butler’s series covers generations, starting in the 17th and 18th centuries (Wild Seed) with an immortal man who survives by killing other people when he needs a new body, and healing shapeshifter. The immortal man tries to selectively breed a new race in Mind of My Mind. Clay’s Ark focuses on a colony of diseased people who try to keep themselves isolated. In Patternmaster humans are divided into three groups: the elite Patternists, the inferior and diseased Clayarks, and the enslaved mutes.

(Doomsday Book, To Say Nothing of the Dog, Blackout, All Clear) 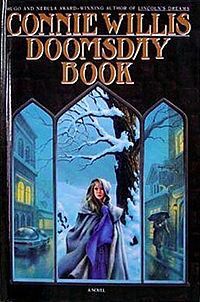 Set in the same universe with the occasional recurring character, Connie Willis writes about a history department in the future at Oxford.

Willis has said that time travel is an inherently sad genre because human lives are ephemeral. The Oxford historians always return to a world where the people they were just with are already gone.

The following series do an exceptionally excellent job of bringing alien races to life, from their totally extraterrestrial anatomy (no human lookalikes here) to the details of human behavior in response to alien life forms. 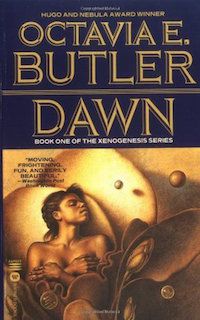 The Oankali are an alien species that has saved humanity from extinction. However, their heads are covered with tentacles that move to match their emotions. Humans have such a repulsion to this that it takes weeks of adapting to be able to just look (and not run away screaming) at an Oankali.

The Oankali plan to genetically merge with the humans. As you can imagine, this is extremely complicated.

Remembrance of Earth’s Past trilogy by Cixin Liu 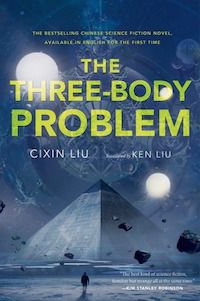 The most awe-inspiring sci-fi series I’ve read, this trilogy has a satisfying explanation for every mysterious event, whether experienced by an individual or by the human race.

This series focuses on Earth’s struggle after discovering extra-terrestrial life. Humans discover and must adapt to the horrifying discovery of what it means to live in a galaxy with extraterrestrial life much more advanced than humans.

The various alien races featured are so different from each other and from anything that I would imagine growing up on Earth that I was left very curious how Liu first imagined them.

What are your favorite sci-fi book series and why? Leave them in the comments section!