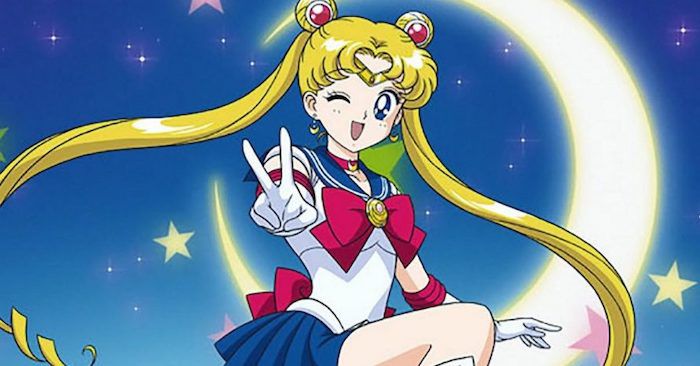 Sailor Moon remains one of the most—if not the most—iconic magical girls of anime and manga. Manga series come and go, but this story about a reincarnated moon princess who fights for love and justice continues to find new fans despite being published 30 years ago. Even longtime fans look back fondly upon their older editions of the manga and rediscover the original anime on Hulu. And with a new edition coming out from Kodansha USA in 2021, this beloved series is bound to find a new audience. Still, you can’t have an iconic magical girl without enemies to defeat, and that’s where the best Sailor Moon villains come in.

Sailor Moon—or Usagi Tsukino as she’s known when she’s not wearing her sailor guardian uniform—faces many people over the course of the manga. All of them have different backstories. Some are evil. Some are possessed. Some are brainwashed. (So many brainwashed Sailor Moon characters!) The exact details vary depending on whether you’re reading the manga or watching the anime, but the heart remains the same. So with that in mind, let’s take a look at the best Sailor Moon villains from the series.

Let’s kick things off with the Sovereign of Silence. Mistress 9 has a complicated backstory. She possessed the body of Hotaru Tomoe as part of a desperate bid to save Hotaru’s life. Why, you ask? To help her master, Pharaoh 90, destroy earth. The complication? Hotaru Tomoe is the present-day incarnation of Sailor Saturn, one of the Outer Sailor Guardians. As you can imagine, this caused a conflict between Mistress 9 and the original owner of the body.

Queen Beryl, who appears later on this list, commands four generals to do her bidding. Kunzite is the leader and most powerful of these generals. Not only does he send minions to fight the Sailor Guardians, he also kidnaps Usagi’s love interest, Mamoru Chiba, for his queen. The irony? In a former life, Kunzite used to serve Prince Endymion, Mamoru’s previous incarnation. In fact, an old Sailor Moon artbook by Naoko Takeuchi teased that Kunzite’s previous incarnation was Sailor Venus’s lover, a detail that has since become canon. Talk about allies turned enemies.

Parents disagree with their children all the time, but not many parents have to fight their adult children from the future! Black Lady is the adult version of Chibiusa, the future daughter of Usagi and Mamoru. It’s complicated. What Sailor Moon character isn’t? Depending on the version, Black Lady was manipulated into existence through her feelings of guilt, loneliness, or being unloved. These emotions later drive her decisions and actions as an adult. This is already bad enough, but things get worse when she shows a decidedly inappropriate romantic interest in Mamoru…who is her father. No, thanks!

Continuing the theme of characters who are corrupted, manipulated, or brainwashed into serving evil, the Amazon Quartet are the most powerful servants of Queen Nehellenia. (Who? Don’t worry. You’ll meet her later.) The Amazon Quartet are eternally young girls, who wield some serious skills. Sounds like something out of a horror novel, right? But what makes them truly disturbing is that they’re supposed to be the future guardians of Chibiusa, much like how the Inner Sailor Guardians—Mercury, Mars, Jupiter, and Venus—are the protectors of Princess Serenity, AKA Sailor Moon. Oh dear.

Prince Demande is the leader of the Black Moon Clan. He’s one of those villains you kind of empathize with. Sure, Prince Demande is the leader of his clan, but he’s just a puppet to fulfill someone else’s goals. No one likes being manipulated, so it’s inevitable when he rebels against this unwanted control. Unfortunately for everyone, he fails and has a mental breakdown. Why is that bad for everyone? Because he almost destroys the space-time continuum in the process.

No one should be surprised to see this woman pop up on a Sailor Moon villains list. She’s probably the first person to come to mind when we think of Sailor Moon’s enemies. Queen Beryl is the first major antagonist of the series. In a previous life, she fell in love with Prince Endymion and her unrequited feelings have fueled her hatred of the Moon Kingdom and everything—and everyone—related to it ever since. In the present-day, she corrupts the reincarnations of Prince Endymion’s former generals to serve her. She even kidnaps and brainwashes Mamoru (Prince Endymion’s reincarnation) to help her destroy Sailor Moon! Definitely one of the best Sailor Moon villains from the series.

Sometimes the best enemies serve as our dark mirrors. Nehellenia is the Queen of the Dead Moon and considers herself the rightful ruler of the Moon Kingdom. She cursed Usagi’s previous incarnation to die before she could ascend the throne—something that came true. In the present day, Nehellenia found Chibiusa’s future guardians and transformed them into her loyal soldiers, the Amazon Quartet. There’s nothing more terrifying than a villain who wants to take everything you hold dear.

Never let it be said that a deep-seated grudge can’t motivate you to great heights. In the far future, Wiseman destroys Crystal Tokyo, the utopian city that Usagi and Mamoru eventually create. But was he satisfied with this truly villainous accomplishment? No! He travels back in time to rewrite history. Forget destroying Crystal Tokyo. He wants to ensure it never comes into existence. The manga even implies that he influenced the next villain on this list. Truly a dangerous force.

We can quibble about whether Sailor Galaxia should occupy the #1 or #2 slots on this totally subjective ranking. It was a near thing, I must confess. Galaxia is the most powerful Sailor Guardian in the entire universe. In the manga, she wrecks entire worlds in her quest to become stronger. In the anime, she seals Chaos—the source of all evil in the universe—within herself. The choice wasn’t made lightly. She hoped she could contain Chaos and prevent it from causing further harm, but that proved futile. She eventually became corrupted and Chaos’s most effective and destructive soldier. Galaxia’s strength is undeniable, but she’s also well-versed in psychological warfare. The things she does to break Usagi are legit terrible. Truly one of the best Sailor Moon villains ever.

Yes, Chaos tops the list. Who else could it be? All Sailor Moon villains originate from this primordial force. Chaos corrupted Sailor Galaxia. Queen Beryl was Chaos’s agent. Queen Nehellenia was one of its many incarnations. What makes Chaos the most chilling of Sailor Moon’s enemies is that it can’t be destroyed. Destroying Chaos means that no stars would ever be born again. No one wants that. Instead, the best we can hope for is to weaken Chaos. But the reality is that Chaos always returns. And isn’t that the most villainous thing of all?

And that rounds out this list of the best Sailor Moon villains. As you can see, many of them are figures who have been manipulated into serving evil. But anyone who’s read manga for any amount of time will realize that shades of grey run through the medium. Sailor Moon is no different.