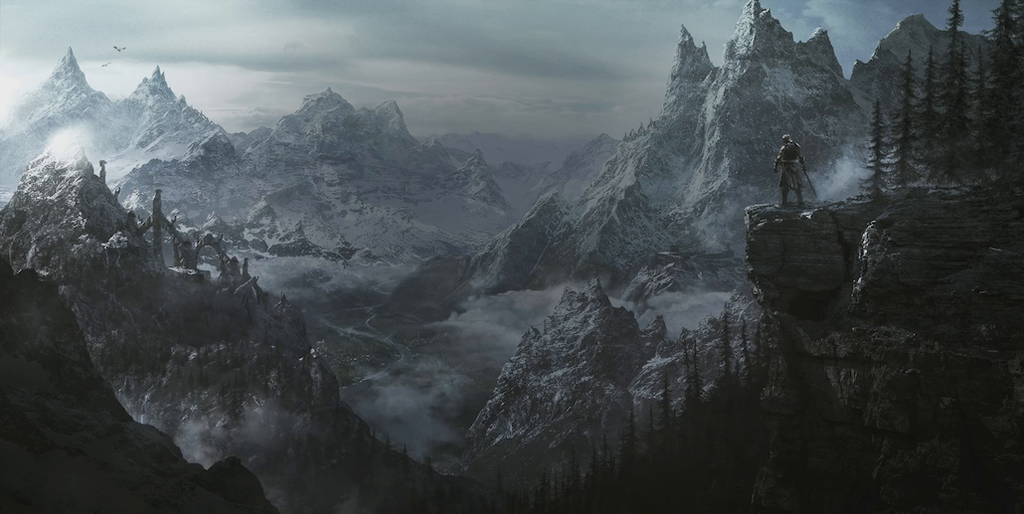 As of this November, it’s been six years since Elder Scrolls V: Skyrim came out, and it’s still a staggeringly popular video game. I love Skyrim, as well as the other Elder Scroll games, and have wanted for a while to talk about my favorite thing about Skyrim. And it’s not:

(Those are all nice, though. Don’t get me wrong)

It’s the hundreds of books you can read in the game, “written” by authors from Tamriel. And that’s not even including the numerous journals and diaries characters leave around their houses!

There is a LOT to read

Okay, technically, most of the “books” are more short stories. But it’s still impressive what a humongous amount has been written for the games. 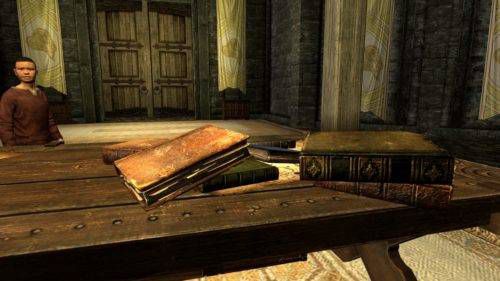 For example, The Real Barenziah, a scandalous biography of Queen Barenziah of Morrowind, has over 20,000 words when all volumes are combined.

The writers really put their hearts and souls (and, frankly, a little bit of craziness) into this chunk of game.

We all know you can get a good picture of what a person is like by what books they leave lying around the house.

Well, a nice perk of Skyrim’s freedom is you can check out a character’s house and see what they’re reading! Either by being invited in, or…more likely…using a handy lockpick. Hey, it’s your journey, friend.

Occasionally you can find a book that really speaks volumes about its owner: 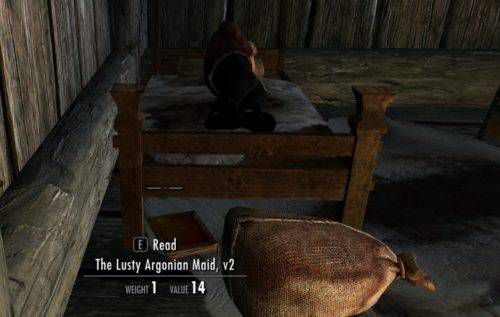 The real benefit of these books, though, is they convey lore and facts about Tamriel in an organic way for curious players.

Read The Great War by Legate Justianus Quintius to learn about the Great War between the Empire and the Aldmeri Dominion.

Or for the more practically minded reader, find Troll Slaying. The author, Finn, gives some actually useful tips on facing trolls in the game. One example is that trolls are weak to fire. Another is how to identify a troll:

“The creature’s large mouth is filled with jagged teeth, all the better to crunch the bones of foolish hunters who didn’t purchase my book.” 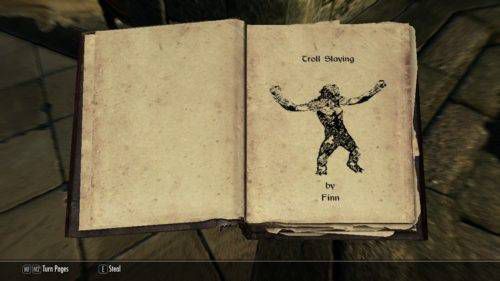 You can even meet the authors!

It’s complicated meeting authors in real life. Probably the biggest hurdle is meeting them at all: authors usually don’t work around your schedule, so you have to depend on stupid old serendipity.

But not so in Skyrim! You can easily arrange bumping into authors of the books you’ve been reading in a manner of minutes. At your own convenience! 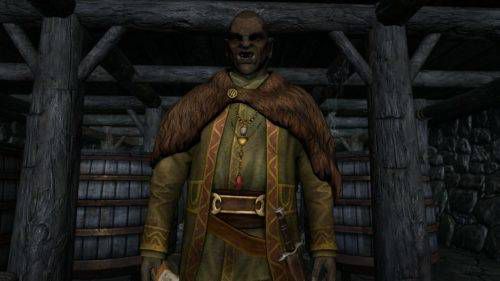 Travel by carriage to Markarth and visit Calcelmo, author of Dwarves! Or get admitted to the College of Winterhold and meet Sergius Turrianus, author of Enchanter’s Primer!

Shoot, you’re even given a quest to specifically go to Nightgate Inn and chew the fat with The Gourmet, author of the wildly popular cookbook Uncommon Taste.

…True, the quest is for the Dark Brotherhood of assassins…but that’s neither here nor there.

(Note: The Gourmet’s recipe for “Sunlight Souffle” calls for “A Cupful of Ground Nutmeg.” As the Elder Scrolls wikia points out, “Ingesting this much nutmeg would kill you.”)

thanks to fans, You can enjoy the books In Audio

Ok, you might be asking, who wants to read a book while playing a video game?

One of my personal favorite ways to enjoy the books is by listening to fanmade audiobooks. There’s the Skyrim Book Club, as well as recordings by other fans and volunteers like Roy Kelly, Caitlin Buckley, and Sips.

Six years after Skyrim’s release, I’m still deeply appreciative of the work of Bethesda’s writers and the fans have done. Thanks to them, this bookworm gets to worm around books—even while they’re playing a video game.