Music and literature inspire passion and often intersect in surprising ways. Both art forms benefit from skilled storytelling, pacing, and imagery. One of my favorite writers who was also a musicians was Leonard Cohen, who had a career as a novelist before becoming a singer-songwriter. Bob Dylan chose his stage name after Welsh poet Dylan Thomas. Decades later, in 2016, Dylan received the Nobel Prize for literature. Famous authors including Stephen King, Amy Tan, Mitch Albom, and James McBride have performed cover songs as The Rock Bottom Remainders — a band whose name sounds like it could also belong to a used bookstore.

Indie pop singer-songwriters including Regina Spektor and Sufjan Stevens have tons of songs with literary and religious references. Kendrick Lamar was the first rapper to win a Pulitzer Prize in 2018. Taylor Swift has lots of literary allusions in her early lyrics and even more on her recent Folklore and Evermore albums.

While many bands have literary or religious references in their lyrics, the bands listed below took it to the next level and put their literary influences right in their names. Several theories speculate on the origin of the Beatles’s name, and one is that they were channeling the Beat movement. American Authors had a few hits starting in 2014. All the band names below, though, are much clearer, more specific references than those two. Some of these bands also have literary album and song titles, along with their bookish names. 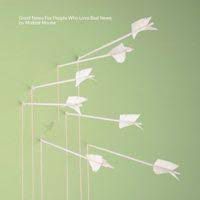 This U.S. rock band from the Pacific Northwest got its name from “The Mark on the Wall,” a 1917 Virginia Woolf story from her book Monday or Tuesday. Here’s the quote that the name derives from: “I wish I could hit upon a pleasant track of thought, a track indirectly reflecting credit upon myself, for those are the pleasantest thoughts, and very frequent even in the minds of modest, mouse-colored people, who believe genuinely that they dislike to hear their own praises.” 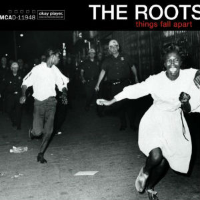 Founded in Philadelphia in the late 1980s, the hip-hop group’s name references the historical fiction book Roots by Alex Haley and its miniseries adaptation. Both the book and the miniseries were cultural phenomena that inspired many Black Americans to research their own family histories. Haley also cowrote The Autobiography of Malcolm X. In 1999, The Roots released Things Fall Apart, an album titled after Chinua Achebe’s novel of the same name. 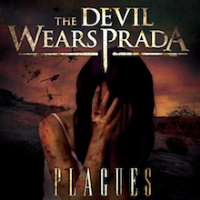 The 2003 novel The Devil Wears Prada by Lauren Weisberger, about a young woman working for a major fashion magazine, was an instant hit. The movie adaptation, starring Anne Hathaway and Meryl Streep, was released in 2006. The eponymous band was founded in 2005. The band members, who originally described themselves as “Christian metalcore,” had incorrectly assumed the book condemned materialism as evil before reading it. Although they’re a secular band now, they’ve kept the name inspired by their first impression of the book’s title. 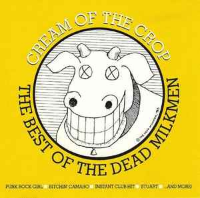 This early 1980s punk band from Philadelphia has said their name is a pun on Macon “Milkman” Dead III, the protagonist of Song of Solomon by Toni Morrison. The novel traces Milkman’s development for most of his life. The band members claimed that they made up the name in high school, before ever forming a band.

Murakami, a popular, contemporary, alternative rock band from Russia, is named after the best-selling, genre-defying Japanese author Haruki Murakami. His writing often references music, especially the Beatles, such as his novel Norwegian Wood and his short story “With the Beatles” in The New Yorker. So, it’s not surprising that musicians find him influential in return. 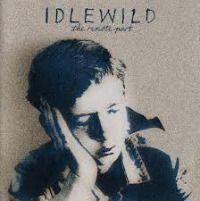 Idlewild was the idyllic place in Anne of Green Gables by L.M. Montgomery where Anne Shirley and her best friend Diana created an imaginary world. In a 2007 interview, singer Roddy Woomble explained why he named his band after this fictional location, adding: “But there is a part of me that’s very twee, and I can’t deny that. I do like tweed jackets, cups of tea.” Their song “Roseability” references “Rose is a rose is a rose is a rose,” a famous line from Gertrude Stein’s poem “Sacred Emily.” 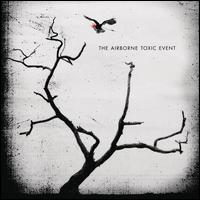 This alternative rock band, founded in 2006, got its name from a section of the postmodernist novel White Noise by Don DeLillo. In the novel, it’s the term that the media and U.S. military use to describe a human-made disaster causing dangerous black clouds. Another band, Wonderlick, is a deliberate misspelling of the protagonist’s name in DeLillo’s novel Great Jones Street. 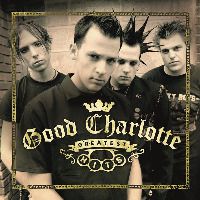 The founders of this pop-punk band, twins Joel and Benji Madden, named the band after a children’s book: Good Charlotte: Girls of the Good Day Orphanage by Carol Beach York. The late ‘90s through early 2000s was an era of ironic and humorous band names — particularly in pop-punk. A 1969 middle grade fantasy book set in an all-girls’ orphanage doesn’t seem like such an arbitrary namesake in context. 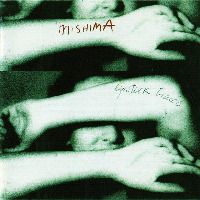 This Catalan indie pop band formed in Barcelona is named after Mishima Yukio, a major 20th century Japanese author whose name is often written as Yukio Mishima in English. He was a playwright, poet, model, and novelist who was nominated for the Nobel Prize for Literature. His life and work were controversial, partly because of his loyalty to the Japanese Emperor. 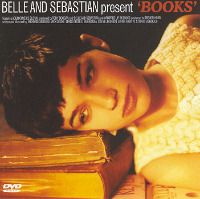 This indie pop band from Glasgow is named after Belle et Sébastien by Cécile Aubry. It’s a classic French children’s book about a boy and his Great Pyrenees mountain dog, who live in a French Alpine village. The book is beloved and was made into a movie and TV series in France. Many of the band’s songs are about writing or contain literary and historical references, like their song “Marx & Engels.”

Those are some of my favorite examples of literary band names. I’m sure you can think of more, so you can let me know your favorites on social media! You also might like this list of must-read books about music.