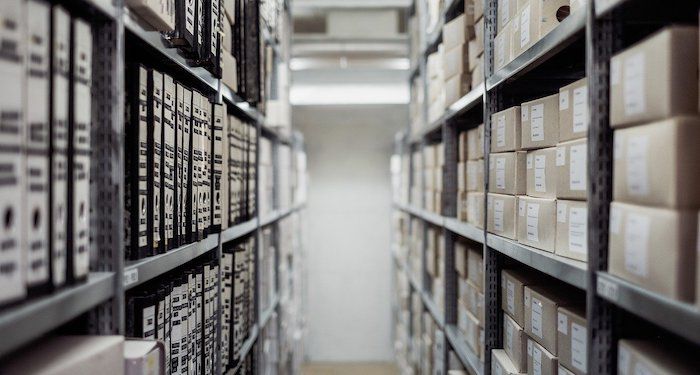 Following the January 6 attack on the U.S. Capitol, more than 300 historians and constitutional scholars signed an open letter calling for the impeachment and removal of President Trump. These scholars agree that by refusing to accept the results of the election and by encouraging his supporters to march to the Capitol that day, Trump “posed a clear and present danger to American democracy and the national security of the United States.”

While significant, this incident was not the first time historians jointly and publicly condemned President Trump. As recently as September 2020, 46 professional historical organizations, convened by the American Historical Association, issued a joint statement criticizing the President’s “White House Conference on American History,” where the President claimed his Administration would promote “a more patriotic curricula in America’s schools.” The “conference” took place in the Rotunda of the National Archives, but no associations of professional historians were involved with planning the conference or this proposed strategy toward public education.

Following these statements, major historical associations cosigned a letter criticizing this outlook on the purpose of historical education — that it must be “patriotic,” at the expense of honesty and complexity — stating instead that “to learn from our history we must confront it, understand it in all its messy complexity, and take responsibility as much for our failures as our accomplishments.”

As The New York Times pointed out, political condemnation by historians, educators, and archivists, likely carries little weight in Trump’s eyes. But this, too, is misguided. Because there is irony in a character so concerned with image and legacy writing off historical memory and the way its long arc is shaped and preserved by historians, archivists, and educators, who play a significant role in our society’s collective memory.

The Role of Archives and Archivists

When the average person thinks of a historical archive, they likely think of a place of historical record. This makes sense, an archive is technically defined as “an accumulation of historical records — in any media — or the physical facility in which they are located.” But an archive is much more: it is also made up of institutional policies, and people — real people, working as archivists — in these institutions. So let’s learn more about historical archives, the archivists who shape them, and what their work means for historical memory.

Primary source material is almost infinite. In fact, a lot of primary source material is lost or destroyed before it even has the opportunity to become “archival,” simply due to the passage of time and the weight the original source person puts on that item’s significance. Not all letters and meeting notes are kept long enough to become a part of history, for example.

What is preserved though, is methodologically shaped by archivists and archival policies. The primary source material collected by a certain archive is first based on the mission of the complete archive itself. For example, archives collect based on “topics or themes, like a geographical locale, a social or cultural community, or a research subject.”

The Society of American Archivists explains there are different kinds of historical archives and corresponding materials they collect. For example, college archives usually collect primary source material related to their institution. Corporate archives preserve the records of the business. Religious archives preserve materials related to the place of worship, or of the faith itself. Government archives — like the National Archives — preserve the records of the government.

There are also museums and libraries, which technically differ from archives, though many museums and libraries contain their own archives. Museums primarily exist to display and exhibit the artifact material, as well as to interpret that material for public consumption. Libraries catalog and make available published material, such as books, journals, magazines, etc. Whereas archival material is frequently unpublished material with only one existing copy, library material usually has multiple identical copies for both research and entertainment purposes.

These examples just scratch the surface of how archives and archivists determine the items they preserve for their specific collections. Ultimately, there is also an archival appraisal process, where the material is professionally evaluated using the institutions collecting policy “to determine its value to the institution.” Material can be valuable from an archival standpoint for a variety of reasons: because it is rare, rich in information, accurate, complete, in good physical condition, or because of its contextual relationship to the other material in the specific collection. Collection policies help archivists collect material using these, as well as mission-driven, parameters. This entire process ultimately shapes a historical narrative based on the archival material.

The Trump Presidency and Archival Challenges

Understanding this, we can see that historians have been given a big task when it comes to dealing with the Trump presidency. Logistically, historians are concerned they won’t be given complete and accurate documents for historical preservation in the first place. Richard Immerman, historian and Temple University professor, explains there is a legal framework surrounding documentation inside the office of the Presidency, but “the inattention of this administration to legal requirements [about preserving records] is unprecedented. I’m pessimistic we’ll get many documents,” he tells Fortune.

Throughout his term, Trump has been known to shred and discard documents that should be maintained for historical records. Solomon Lartey, a former White House records analyst, remembers Trump shredding a letter from Chuck Schumer, the Democratic leader in the Senate, about a government shutdown, which Lartey himself had to tape back together for historical record. This type of destruction was common within the administration.

After Trump lost the 2020 election, the National Archives had to invoke the The Presidential Records Act, which “governs access to records after the end of an administration,” because the Trump office initially resisted the transfer of records. Once this source material is obtained, historians and archivists will be the ones responsible for carefully reviewing the accuracy and authenticity of the documents produced by the office for the historical archive.

Another major archival challenge will be the digital record. According to The Tow Center for Digital Journalism at Columbia’s Graduate School of Journalism, the state of news archiving in the digital world, in general, is dire. Their 2018–2019 research shows that “the majority of news outlets had not given any thought to even basic strategies for preserving their digital content, and not one was properly saving a holistic record of what it produces.” Given so much primary source material of our contemporary events is digital data, this report is highly concerning for archivists.

Much of the primary source record of Trump’s presidency occurred on Twitter, which is a private platform that has since deleted Trump’s account for inciting violence. With that decision, Twitter also removed Trump’s past tweets from the public site. This historical record is not lost, though, due to the work of digital archivists. A non-profit ProPublica project called Politwoops has archived all the President’s tweets, including tweets he previously deleted himself after posting them.

Additionally, the National Archives has communicated that they will “receive, preserve, and provide public access to all official Trump Administration social media content, including deleted posts from @realDonaldTrump and @POTUS,” again stating the use of these archival tools to preserve historical records — here, tweets — is in accordance with the Presidential Records Act. Their site states: “These records will be turned over to the National Archives beginning on January 20, 2021, and the President’s accounts will then be made available online at NARA’s newly established trumplibrary.gov website.”

The archival collection process is complex and ever changing. But archivists have faced the challenges of how to collect and preserve new media before. During FDR’s presidency, for example, archivists had to create policies and procedures for archiving radio broadcasts. During Kennedy’s presidency, archivists had to work with privately owned television broadcasters to obtain their television footage for historical archives. However, there is no doubt the scale of digital data preservation will be a great challenge for archivists of the future.

Clearly, archives, archival policies and techniques, and archivists themselves play a tremendous role in the preservation of historical material. Which, in effect, shapes our historical memory and our interpretation of historical events. Ultimately, when the contributors themselves are no longer living, the archival material continues to shape how the citizens of the future remember the actors and actions of the past.

In the long term, it will not be the one-term President who depicts his legacy in the history books. He will not have a hand in whether his historical record is positive and “patriotic.” Rather, archivists will do everything in their power to acquire and preserve the historical primary source material of this presidency. Because, like the historians said in their joint letter, in order to learn from this era and this presidency, we must confront it in all its messy complexity, so we — as a country — can begin to take responsibility.