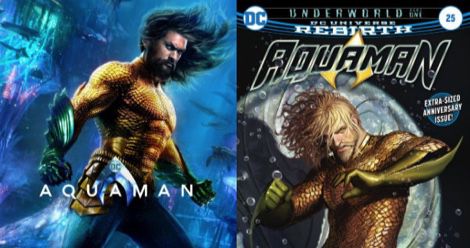 Are you ready for Aquaman? The next DCEU movie is swimming our way like a sailfish (the fastest animal in the ocean, obviously), and will flood U.S. theaters on December 21st, 2018. Though the King of the Seven Seas’ last outing, 2017’s Justice League, might have floundered a bit, fans are hoping this movie will make more of a splash.

DC’s released a whole school of character posters to show off the movie’s starfish-studded cast. In case you’re unfamiliar with some of these undersea denizens, here’s a rundown to get you all cod up: 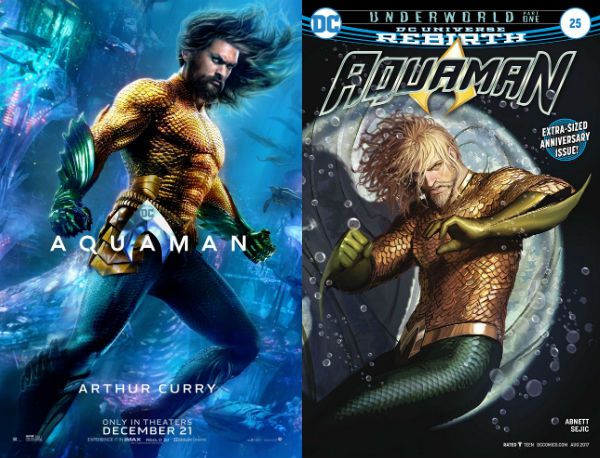 The son of an Atlantean woman and a human man, Aquaman has the power to telepathically communicate with and command aquatic animals, incredible strength and speed, and (helpfully, all things considered) breathe underwater. The movies have also given him control of the tides. We’ve seen him before, of course, but never in this comics-inspired costume, which looks shockingly good considering that it involves a bright orange scaly shirt and wrist fins. 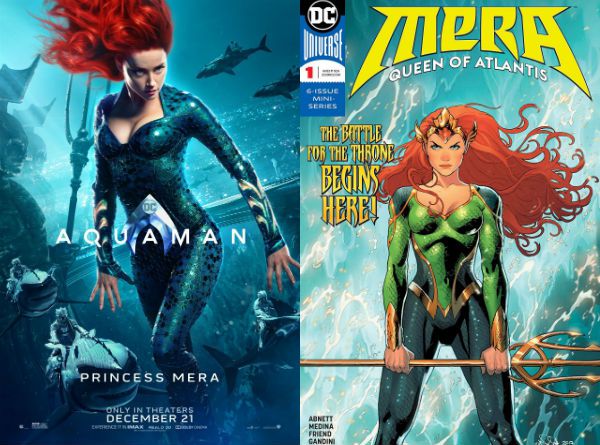 Mera is the princess of Xebel, an Atlantean separatist tribe, and possesses hydrokinetic powers (so, basically, she’s a waterbender). Ariel before Ariel was Ariel, she’s best known as Aquaman’s love interest (and for decades, wife) in the comics. Her wig and sequined onesie are so silly and I love them with my whole entire heart. 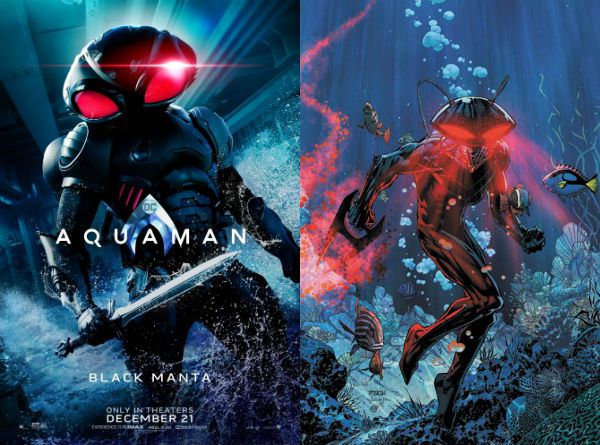 An undersea treasure hunter and mercenary, Black Manta has long been Aquaman’s greatest enemy. (They spend a lot of time cutting off each other’s hands.) There’s some ruuuuuull problematic disability stuff in his comics history (he was evil because of autism? but then Aquaman “cured” him with a magical serum? UM) but he has one of the best “so stupid it loops back around to being cool” costumes in the DCU and the movie is faithfully translating it and I cannot even believe I am looking at this movie poster you guys am I dreaming??? 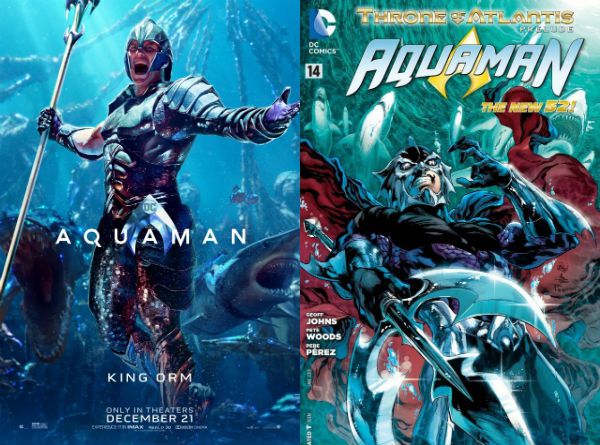 Orm is Aquaman’s fully Atlantean half-brother, the son of the queen and an Atlantean man, and thus Aquaman’s primary competitor for the throne as well as his second-greatest enemy. (And, uh, that’s kind of it for Aquaman rogues, unless you count those plastic six-pack rings that seagulls get caught in.) It looks like he starts the movie as king of Atlantis, a title that usually rightfully belongs to Arthur, so that should be interesting, especially because Wilson is clearly living on that poster. 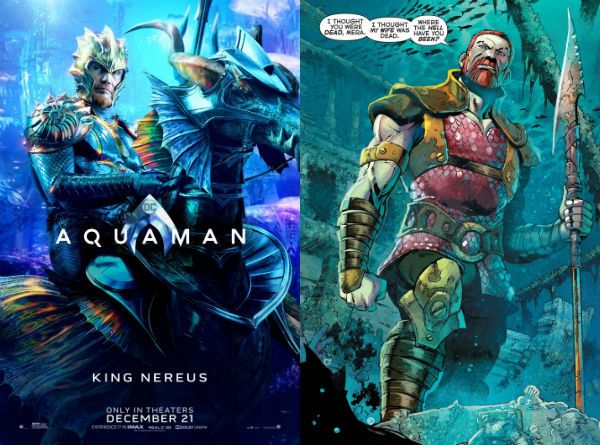 The king of Xebel. In the comics he’s Mera’s betrothed, who she throws over for Aquaman, but in the film he’ll be her father. Also, this is stupidly good casting, PLUS he’s riding on a giant seahorse with iridescent flukes. This movie might be amazing, you guys??? 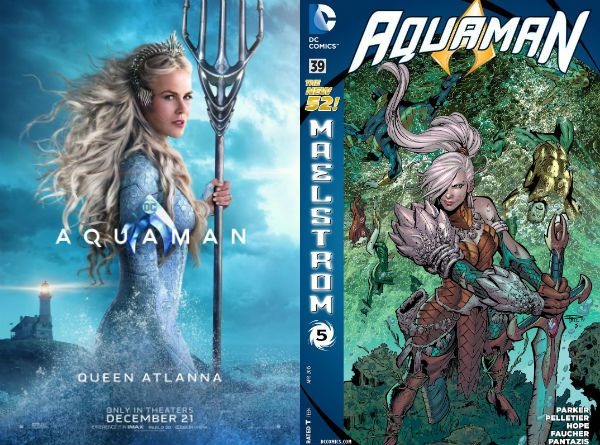 AN ACTUAL ANGEL. Also, Arthur and Orm’s mother. Atlanna’s had several incarnations in the comics, from “maiden from the sea falls for a lighthouse keeper” to “queen in a loveless state marriage is seduced by an ancient sorcerer” to “strong-willed regent who secretly killed her abusive husband.” It remains to be seen which version, if any, the movie goes for, but Nicole Kidman looks astoundingly beautiful in this poster and that’s enough for me to pledge my fealty to Atlantis forevermore. 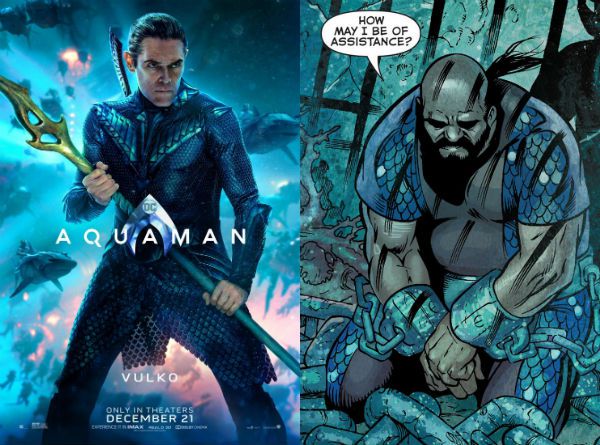 A longtime ally of Aquaman’s who has also betrayed him a time or two, and a canny political operator.

DC’s cinematic tentacle has weathered some stormy seas lately, but from what I can tell, Aquaman looks like it just might be able to thread the needlefish of combining genuine badassery with the gleeful silliness we should be able to expect from a franchise where the second longest running character is a pet octopus named Topo. (Aquaman 2 prediction: Meryl Streep as Topo.) Here’s hoping it doesn’t jump the shark, and all you swimfans have a whale of a time!

Are you excited for the movie? Don’t be koi! Tell us how you really eel!