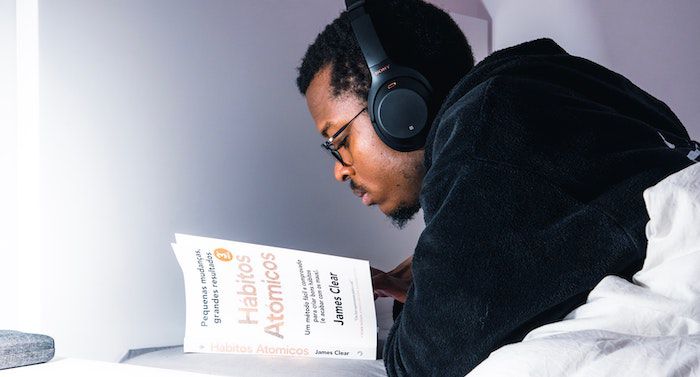 Not everyone likes to have music on while they’re reading, which, fair enough. Sound from this world can be a rude interruption when you’re trying to lose yourself in another one. Personally, I tend to do better with music for a couple of reasons: 1) my brain likes to fill silence, which means if I do anything without some kind of background sensory filler I wander away — with reading, this means I look down to notice I’ve read ten pages but remember nothing; and 2) virtual school means my son has band from home. Right above my head. And let me tell you a thing: if I am going to have a soundtrack, I’d much rather chose it myself.

Pop hasn’t been my jam since I was a teenager, but I’m home so much now and I spend a lot more time with music on in the background. Eventually, even the stuff I love starts to get stale, so I’ve occasionally been letting Amazon Music choose for me. The algorithm that makes absolutely no sense sends me a fun little surprise from time to time, one that makes no sense but ends up being a surprising gift. Like a K-Pop or J-Pop tune I never expected to like but find myself maybe dancing to (maybe). Those new additions to the playlist, coupled with my kids’ fascinations with the fact they can use Spotify to loop their favorite anime openings, has gone and given me ideas.

Here are some of the anime soundtracks I’ve been enjoying while I read: 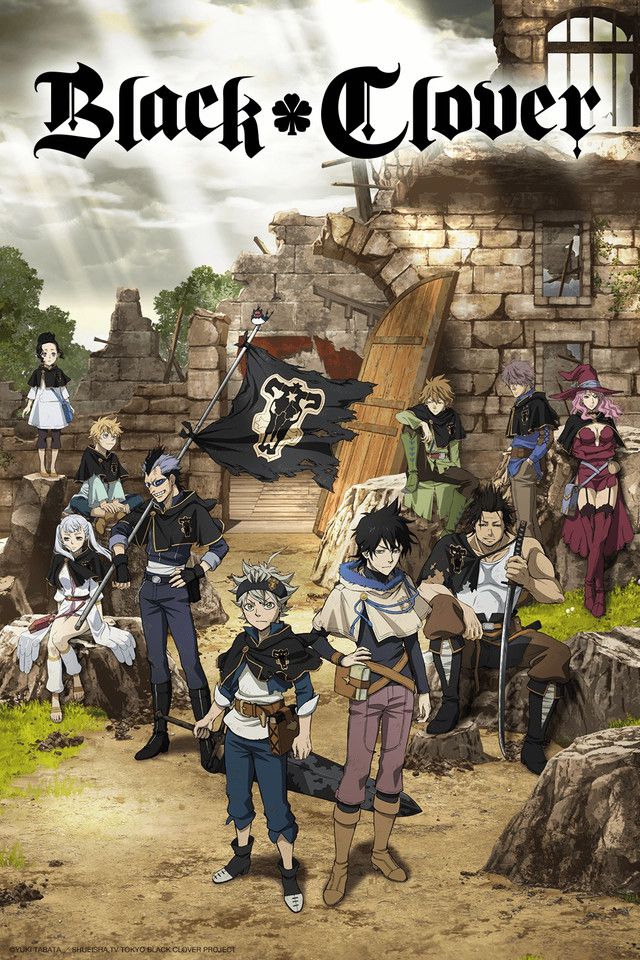 Black Clover is the kid’s most beloved collection; it took a little while to grow on me but I appreciate this soundtrack for the range of music it embraces and also for the sheer number of tracks. The anime changes openings and end credits music every 12 episodes or so without having had any kind of season break (the run thus far, at 150+ episodes, is considered a single season). The opening tracks tend to be a sort of pop-metal hybrid psych-up music you’d expect to hear before a sporting event, which — given Black Clover is a sort of team magical battle show with some angst and politics written in — makes sense. They’ve had enough different bands record songs that while the openings are all similar genrewise, each has its own sound and personality which has kept them fresh. The closing credits tunes are a more of a mixed bag, some gentle love songs, some heavier “face your fears” songs, and some staticky, “something’s coming” instrumentals. You can listen to this one straight through, set it on shuffle, or pick and choose what suits your mood. 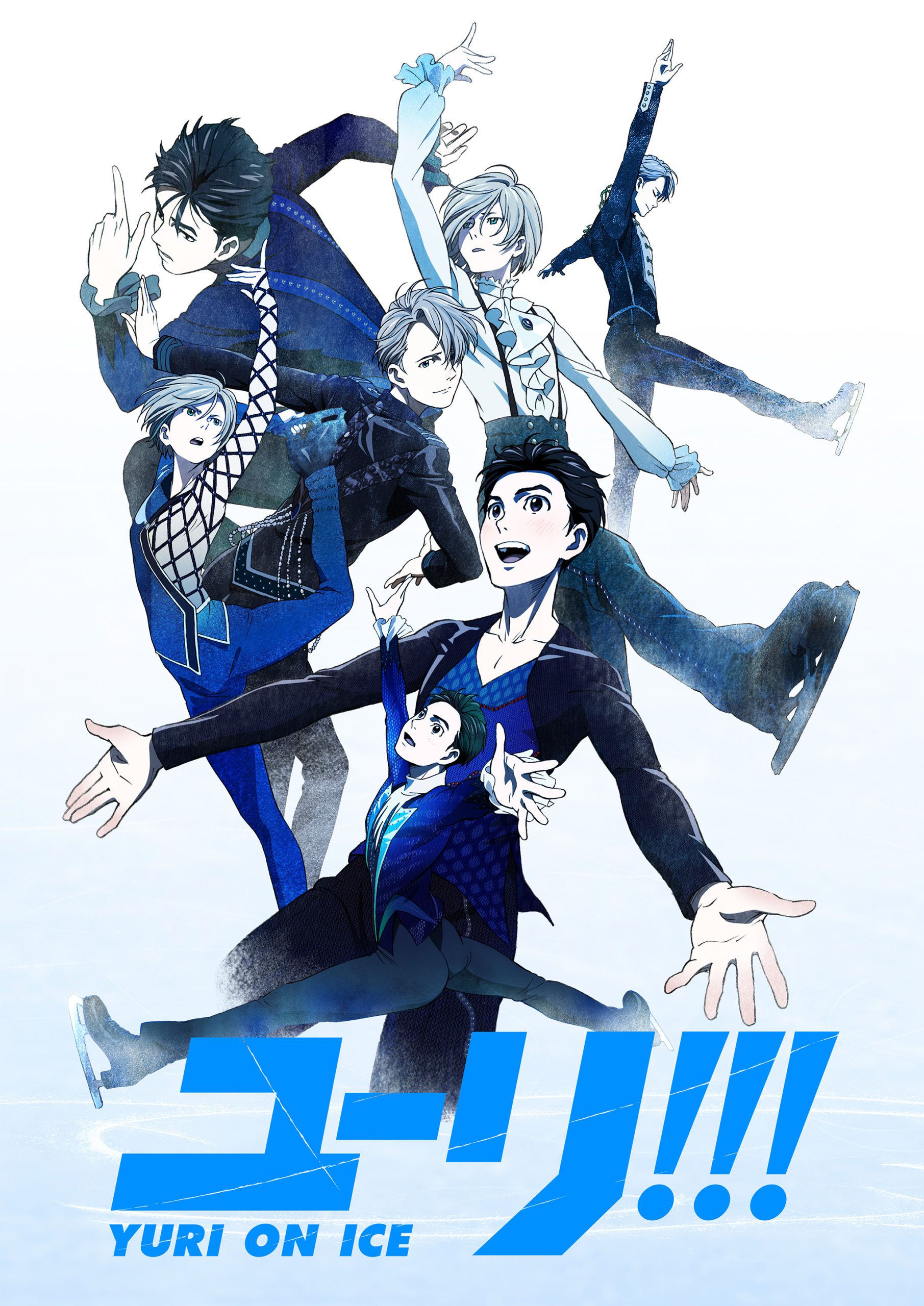 Yuri, alas, only had one regular-sized season of 12 episodes. Which is a tragedy because this little show is absolutely wonderful in so many ways. Also wonderful: the music that came with it. The opening, “History Maker,” walks the line between pop and a show tune, which makes sense for a figure skating anime, while the closing track is more of a celebratory, makes-you-want-to-dance track that’s absolutely perfect but *spoilers, sweetie.* The rest of the soundtrack is primarily the music Yuri, Victor, and the other characters skate to, which runs that gamut from soul to contemporary instrumental to very Russian classical. 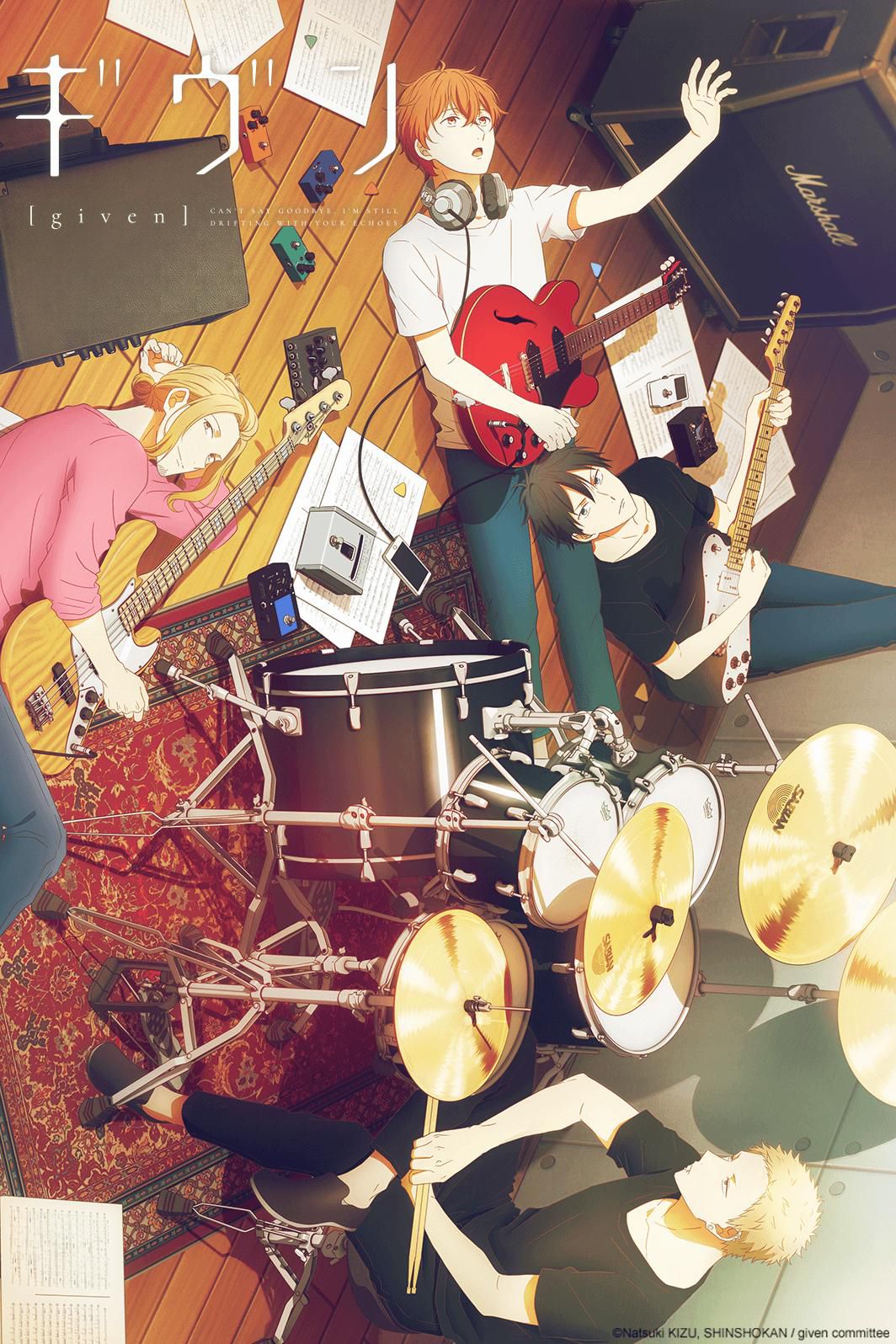 One would expect the soundtrack for an anime about a band to be good. Given‘s soundtrack is very good. The band’s songs are composed by singer-songwriter-guitarist-lyricist Centimillimental, who also recorded the opening theme and thank you, I’ll have another. I am duly impressed that voice actor Shogo Yano, who records for Mafuyu, does his own singing, because…wow.

The show’s soundtrack is composed by Michiru.

Given has several LPs and a full length album and I have them all, which makes me both roll my eyes at myself and also cross my arms and yell, “Don’t judge me,” at…myself, because…listen, I’m stuck in the house. It’s a sound I enjoy: that pop-y rock with just enough of a hard edge to keep it interesting, and Yano’s voice, rather than softening the whole, makes it that much more surprising and compelling. I actually use Given‘s music more as writing music than for reading; the cadence and beat match my idea typing speed really well and it catches my flow and keeps it moving.

Music is a very personal thing. When you listen, what you listen to. What stays in the background, what catches your attention. I imagine a lot of people are finding themselves deviating from their normal these days, listening either more or less than they normally would depending on their lockdown feels. If you need some inspiration, though, give one of these anime soundtracks a try. They might surprise you with some new jams.