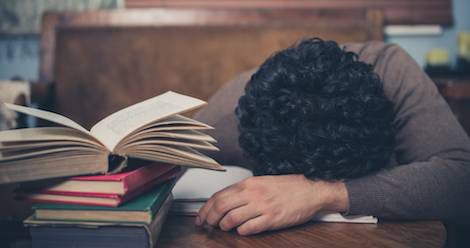 This morning I read “Falling Out of Love With Harry Potter” by Danika Ellis, which I liked very much. We’ve all been there when a series loses its enchantment. Ellis had a number of reasons why J. K. Rowling let her down, but I wonder if they were the real reasons. I’m tired of the series too. Because I’m the token old white guy here at Book Riot, I have a different perspective. Growing old has some positives, and peering across time is one of them. I’ve encountered many series since 1962 when I got hooked on the Oz books. As I aged, I moved on to the Hardy Boys, Tarzan, Sherlock Holmes. I even read the Harry Potter series in my fifties. Now that I’m well into my sixties, I’ve finally tired of series.

Series books do have a kind of magic. They appeal to the kid in us, the kid who wants to read Goodnight Moon forty nights in a row. I’m not sure that’s a good personality trait if you want to grow up.

There are many reasons why authors write series and why we read them, and there are many reasons to become jaded and stop reading. Danika worries about Rowling’s lack of diversity in her characters, but was that disenchantment or adultification? Or has the series merely run its course for her? In any breakup, we want to assign blame. I’m wondering if Danika should have told Rowling, “It’s me, and not you.” I know many people still Lady Gaga over the Harry Potter. But when we’re over a series, is it the writer, the character, or us?

As I’ve gotten older, I’ve developed a cynical attitude towards book series. In fact, I will no longer read a new book if I know its first in a series. Fear of commitment, I guess. But think about it this way. What if all of Jane Austen’s books were about the adventures of Elizabeth Bennet? (And she never wrote her other five classic novels.) I recently wrote “Can Science Fiction Books Become Classics?” where I listed the most remembered books from the 19th century to make a point.

If you look at that table, it might strike you odd, because, in most years from 1800-1899, only one book is remembered. Damn few books are remembered in the long run. Sure, some of them were originally part of a series, but if they are remembered, they now stand alone. As far as I know, no two books from a series made this list. If such a list of books about our times were made in a century, how many Harry Potter books would make it? And if it’s just one, which one would it be? Some writers did have several books on the list, proving it possible for a writer to write more than one timeless novel. It’s rare, though. The Harper Lee affect might be the norm.

We’re often enchanted by book series, or reading all the books by a favorite author, but in the long run, great books are singular works of art. Writers today are enticed to write series because of marketing forces. A successful series can make a struggling writer. I believe that’s a bargain with the devil – at least for artists wanting to write a timeless novel. Few writers write such novels and damn few of them write more than one.

As we age we abandon old loves for new loves. As our culture ages, we forget most books. Time is a cruel wizard. It’s natural to fall out of love. Yet something special happens as we move toward a life of wrinkles and forgetfulness – we remember the stories we can’t forget. Harry Potter will never leave Danika, and one day she will fall in love again, warts and all. Maybe not all seven books. This is where J. K Rowling might have shot herself in the foot for writing a series.

I’ll use my problem with Lois McMaster Bujold as an example. Many of my online science fiction friends love her Vorkosigan Saga. Several of them told me Memory was their favorite, I told the group I’d go read it. They all replied, “No, no, no. You have to start at the beginning of the series.” And then they argued whether I should read in publication order or internal time order. I told them if I had to read fifteen books to get to the best one, I wasn’t going to read any. Danika’s favorite Harry Potter book is The Deathly Hallows, and if that turns out to be Rowling’s masterpiece, how many people next century will read six books to discover it’s beauty? (My favorite was The Prisoner of Azkaban.)

Most series eventually jump the shark. L. Frank Baum did not have enough imagination to sustain fourteen books. Poor old Arthur Conan Doyle got so sick of Sherlock Holmes he killed him off, but his readers made him bring him back. Edgar Rice Burroughs wrote 24 novels in the Tarzan series, but only the first two matter and they should have been one volume. I’ve read many trilogies in my lifetime where the first book dazzled and the next two fizzled. Dune was all I needed. Sure there are readers who can’t get enough of a good thing, but I’m not one.

But aren’t you eternally thankful that Dickens wrote Great Expectations, A Christmas Carol, and Bleak House, rather than a long-running series on David Copperfield?

Probably many Book Rioters will think I’m a grumpy old guy spreading gloom. Sorry. I loved the Harry Potter series and stuck with it for seven books. But like Danika, I’m over the series. I don’t blame Rowling, it really is me, and not her. I don’t want to tell a writer to stop writing books they love, especially if they are making plenty of money. But as a marketing FYI, some of us wear out on series.