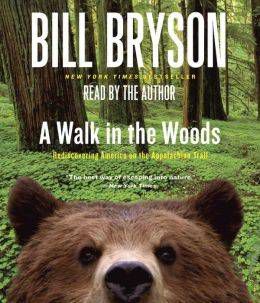 Being a fan of comics (or games, or anime, or all of these things), there are events you can attend throughout the year, like parties at your local bookstore or comics shop, or even a big convention. At such events, the whole point is to show your love for this hobby you find so much joy in, right? And what better way to wear your fandom on your sleeve than to dress up as a favorite character? If the idea of cosplay seems daunting to you, for any reason at all, I hope to inspire you to give it a shot with this beginner’s guide.

Let’s start with three basic terms that feel most relevant to me at the time of writing:

“Cosplay.” The word cosplay is a fantabulous union between the words “costume” and “play.” In its very core, the concept of dressing up as a character (or according or a theme) you like is all about having fun.

“Crossplay.” Gender constraints, what? Are you a lady who wants to dress as The Penguin or a lad who fancies himself a totally rad Sailor Jupiter? Just do it. (Alternatively, you can just do a full-on gender swap, and dress yourself up as Lady Captain America or Mister Black Widow. If it matters to you, go for it. Some of the best costumes I’ve seen have been super creative versions of a character visually adapted to a different gender or body type.)

“Steampunk.” You’re probably familiar with this term already, but it bears mentioning here because there’s a whole subset (subculture?) of cosplay that revolves around steampunk themes (credit for the image of the Darth Vader helmet here goes to __Andrew on Flickr). Basically, any character can be dressed up in this style, and the results are often delightful. If a Victorian-styled, steam-powered Spider-Man or a sorta Wild West-styled, steampunk Zatanna sounds like the best thing in life, then be the best thing.

Choosing a theme or character:

Contrary to popular belief (in some circles, anyhow), you are not required to be an Expert In All Things when it comes to your cosplay subject. You don’t have to have read every issue ever featuring Deadpool in order to make that amazing Steampunk Cowboy Deadpool cosplay you’ve always dreamed of, and you don’t need to have played Super Mario Galaxy to dress as the adorable Rosalina. It’s enough to be visually fascinated by a character and know you really want to inhabit them for a day or three – just research the character’s basics and focus on making the best costume you can. I can tell you from experience though, at an event, most people will just hail you for a thumbs-up or a photo by your character’s name, maybe make a comment about their love of the property it’s from (or your rad cosplay skills), and move on with their day. You’re not going to be quizzed or nerd-gated at every turn.

Your costume doesn’t have to match your subject’s exactly. You can make an inspired-by outfit, kind of like the trend at Disney Parks called Disney Side (officially) or DisneyBound (un-officially) of dressing in a style or color palette inspired by a specific character. You can also make a zombie version of your favorite character, or any number of alternate-universe costumes you can come up with (see unicorn zombie Snow White on the left, shot by V Threepio on Flickr). If someone who has similar interests as you can look at what you’re wearing and deduce that you’re totally reppin’ a casual look for Wonder Woman or, like, an art nouveau Chun Li, then you’re on the money. You also don’t have to make the costume about any one character at all: choose a concept you like and just run with it. Have you seen that guy dressed as every Johnny Depp character? Seriously, go bananas.

Once you’ve decided what you want to cosplay, choose a style that you can accomplish according to your skill set. If you’re not particularly good at working with cardboard or PVC, and other complicated construction materials, maybe hold off on that Unicorn Gundam for now. Can’t sew? It’s completely OK. Look critically at all of your costume options for the character or theme you’re going for, and look out for outfits you can make out of improvisations with readily-available stuff. Cut-off shorts, tights you can paint over, t-shirts you can decorate, stuff like that. Find a crafty friend or relative and get some help cutting a hole in a swimsuit or leotard for that Power Girl boob window, or pinning vines and leaves all over one for that Poison Ivy look.

Have little time but dispensable income? Check out various costume shops online or print out some good detail shots and hire a seamstress. There is no shame in this, regardless of what some cosplayers might say: you do not need to create every aspect of your costume by yourself in order to be part of the fun. If anyone tells you differently, they’re wrong. The only time it’s actually very important is if you decide you want to participate in cosplay competitions, in which case everyone is expected to have constructed the costumes entirely (or almost entirely) by themselves.

If you have talented friends or family who can help you make your cosplay dreams come true: ask for help! Buy them dinner for making that awesome plate armor for your Rat Queens Violet costume. Spend some time on Etsy finding the perfect accessories for your cosplay. Get your wig styled by your hairdresser. Never, ever feel pressured to do all of this yourself if you don’t feel you have the skills, patience, or time for it. When the costume’s all finished and looking amazing, take lots of pictures and show them to people who helped you along the way, so they can see the awesomeness they contributed their skills to.

All that said, here are some of the tools that have served me in putting costumes together over the years:

Some tips and tricks:

If you can’t find the perfect shoes, consider making a shoe/boot cover and wear some comfortable, broken-in shoes. You can even wear some pumps (or sneakers) with a cover that goes up to your knees if you have a hard time finding knee-high boots that fit comfortably. The possibilities are endless. Do a search for “cosplay boot cover” and pick what suits your needs.

If your costume involves tattoos, particularly on the legs, consider painting it on just once over pantyhose instead of re-doing it every day (and possibly retouching, too), and just repeat the hose instead.

If you’re scared of cutting fabric right away, even for the smallest of accessories, use paper as a tester/pattern first, and cut the fabric once you’re satisfied. If the paper is durable enough, keep it for future pattern use.

You could also dye pantyhose to various colors in lieu of using body paint, like for that She-Hulk cosplay you’ve been wanting to do someday.

Wedding boutiques and thrift shops are great places to find plain white gloves with long sleeves if you have a hard time finding them at a costume store.

This one’s kind of a general point, but it especially applies to folks who are willing to be photographed at events – make some kind of accessory for your cosplay that you can hold in your hand(s), like a weapon, or some bauble that is associated with the character, or a relevant plushie, or something. It just looks better when you’re interacting with something instead of plain ol’ standing in front of a camera.

(aside: if you don’t want to pose for photographs – don’t! Thank the interested folks for asking for consent, and turn them down nicely.)

Speaking of weapons: be careful and make sure that your weapon isn’t sharp or dangerous. Use light materials if you’re going to carry it around all day. When I say light, I mean as light as you can go. You may not think that 5-pound baton amounts to much in the short term, but remember: it’ll be hours and you’ll probably be carrying a second (or third) bag, plus anything you buy. The weight adds up.

You could make a dress form with duct tape.

You don’t need to dye your eyebrows.

The nice thing about cosplaying nowadays is you can find loads of great blogs and Pinterest boards and whatnot with tips and tutorials for just about anything you’d want or need. Whether you plan to buy the main costume or hire a seam-wizard, and just make the accessories yourself, or you want to build the entire costume from scratch: you have options for your skill level. All it really boils down to is how much of a perfectionist you are and how much time and money you want to put into cosplay as a hobby. The main thing that matters is that you do it because it’s fun.