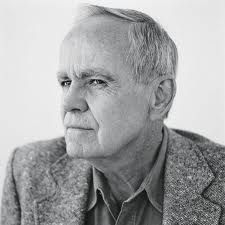 Today is Cormac McCarthy’s 80th birthday, and I thought this was the perfect opportunity to get to know more about a man whose work I have not yet read. We have connections.  He spent much of his youth in Knoxville, Tennessee, as did I, and he attended the same university at which I did my undergraduate work. It may be because I was constantly reminded of this connection during my years at the University of Tennessee that I avoided him for so long. I do so no longer.

Normally, when I do one of these video posts about an author, I focus on clips of the author reading his own works or talking about his works.  There isn’t a lot of that for Cormac McCarthy, however.  His first (and only that I can tell) television interview was with Oprah Winfrey in June of 2007.  The man guards his privacy, and he very rarely does interviews or public appearances of any kind.  VERY rarely. So, instead of listening to him talk about or even read his work, we’re going to (mostly) look at others doing the talking for him.  But first, we have a few of his own words:

Cormac McCarthy briefly discusses the inspiration for and interpretation of The Road.

Cormac McCarthy appears as a guest on NPR’s Science Friday.

An introduction to the McCarthy exhibit at the Witliff Collection at Texas State University.

Viggo Mortensen on The Road

Viggo Mortensen talks about how he interacted with the novel and how they tried to honor the book in its film adaptation.

HBO Films: The Sunset Limited – Behind the Scene Featurette

A look at the HBO films production of Cormac McCarthy’s play, starring Tommy Lee Jones and Samuel L. Jackson. The full movie is posted, too, but it doesn’t look legit, so I’m not going to link it here.

And, finally, the just-released trailer for The Counselor.

A film written by Cormac McCarthy and directed By Ridley Scott, and starring a few familiar faces by the names of Cruz, Bardem, Pitt, and Diaz. It’s in theaters October 25.