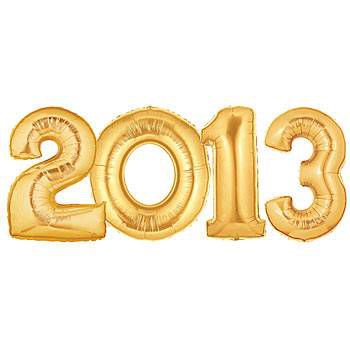 Happy new year folks! From where we sit, 2013 rolls out before us like some vast, uncharted country. So, to help book lovers navigate this virgin terrain we’ve complied a mini-dictionary of what will no doubt be most common words in 2013. It will help you negotiate all book related chat over the next twelve months. You’re welcome.

Cinereader (noun) – An individual who’s To Be Read pile is dictated not by the tides and currents of their interests and curiosities, but by the release schedule in their local cinema. As an article of faith they refuse to watch a film adaptation without reading the source text first. Cinereaders usually have an immense backlog of books and rarely actually visit the cinema. For instance, a cinereader has just got round to watching the Robert Redford version of The Great Gatsby. They are leaving Baz Luhrmann’s adaptation for their grandkids.

Eldergeddon (noun) – A new literary genre featuring the only demographic hitherto overlooked in recent dystopian fiction – old folks. Due to most octogenarians being slower than your average zombie or post-apocalyptic cannibal, most books in the eldergeddon section are tragic novellas.

Nooked (verb) – The movement of a person’s consciousness migrates from believing that e-readers are the spawn of some book-burning devil to realising they are a perfectly lovely and valid way to consume writing. In 2013 a lot of people will get nooked. Their chat will become less tedious as a result.

Self-blurbing (verb) – The forgoing of the inefficient process of asking more famous writing buddies to say nice things about a new book and letting the author write their own blurb. Every other part of the publishing process has been outsourced to the author themselves. Blurbs will follow suit. Self-blurbs in the pipeline include: “Totes amazeballs”: Jonathan Franzen; “Even if you buy this book I will still hate you”: Philip Roth.

Tweeter’s block (noun) – An affliction that leaves writers’ fingers hovering impotently over smartphones as they search for new smarty-pants ways to talk about today’s sandwich filling, rather than tapping out their latest exploration of the human condition. Tweeter’s block will soon overtake writers block as the number one reason why the likes of Salman Rushdie and Margaret Attwood are taking an age writing their new books.

Williamsburg librarian (noun) – Someone who curls their lip at anyone who reads authors signed to a publishing house. Named after the hipster Holy of Holies but found internationally, Williamsburg librarians only read self-published books by unknown authors, as if sipping from a holy chalice of literary superiority. They believe this makes the work (and by association themselves) inherently “underground and experimental”, which is hipster speak for “a bit rubbish, but I’ll be damned before I give up this shtick”. Williamsburg librarians equate the current publishing scene to music in the 1980s. In their world JK Rowling is Bonnie Tyler. A Williamsburg librarian was into EL James when she was writing fan fiction. See also: Dalston librarian

Young Pensioner fiction (noun) – An original marketing ploy to get people who in less progressive times were called ‘adults’ to read. The genre, or YP to its devotees, is marked by its main characters frustrated by the limitations their age places upon them. They yearn for a world of free bus passes, Tuesday mornings playing golf, and their children not calling them, but are they ready for the responsibility?