The Nobel Prize for Literature has long had a woman problem. Not only in the sexual assault allegations that led to the postponement of the 2018 prize. But also in how few women have been recognized by the world’s most sought-after literary award.

Fifteen women have won the Nobel Prize for Literature in its century of existence. Six of these have been in the last 20 years.

Because of the way the prize is structured, it’s hard to know who was up for the prize. Information about Nobel nominations and are kept sealed for 50 years after the prizes are awarded. That is, we won’t know who was in the running against Peter Handke until late 2069 or early 2070.

So it is that we just found out—in mid-January 2020—which 103 authors were nominated in 1969. That was the year Irish absurdist Samuel Beckett won the prize. One hundred and three is a good number of authors to choose from. By comparison, there were 70 authors nominated in 1967, a year that five women were nominated.

Of the 103 authors on the list, many were also nominated in previous years. But 28 were newcomers, including several who brought global diversity to the list. Black French poet Aimé Césaire was nominated for the first time, as was Egyptian playwright Tawfiq Al-Hakim, Japanese author Yasushi Inoue, and Vietnamese writer Hữu Tường Hồ.

Still, there seem to have been a vanishingly small number of women nominees in 1969.

Not just anyone can get an author on the Nobel nominations list. But the rules do allow for a somewhat wide net. Nominations can come from: 1) members of the Swedish Academy or other similar institutions; 2) university professors of literature; 3) previous Nobel Laureates in literature; and 4) heads of writers’ groups, such as writer’s unions or PEN societies.

Unsurprisingly, no author can nominate themselves.

It is surprising to see no Iris Murdoch or Muriel Spark, no Latifa al-Zayyat or Samira Azzam, no Zora Neale Hurston or Gwendolyn Brooks, no Clarice Lispector or Maria Luisa Bombal.

In 1969, the four women I found on the list were: Anna Seghers, Simone de Beauvior, Nathalie Sarraute, and Elizabeth Bagriana. 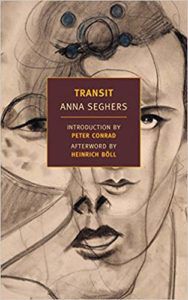 Over at Love German Books, Katy Derbishire wrote in 2010:

“Now if we’re going to go digging up dead German writers, Anna Seghers really ought to be one of them. She had a heck of a lot to say about the rise of fascism and resistance against it, complicity in it, and so on. Die Toten bleiben jung (1949), for instance, which the East German authorities didn’t really want her to publish – while very much of its time in the sense that the communists are all perfect – is a fascinating fictional analysis that spans various classes from 1918 to 1945. Great structure too. Or someone could put together a lovely anthology of her very good short stories.” 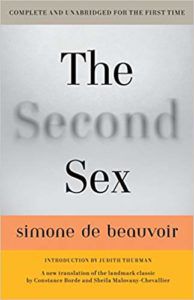 Simone de Beauvior is probably the most recognizable woman on the list. Although best known for her feminist and philosophical writings—and for her relationship with Nobel winner Jean-Paul Sartre—she was also a novelist.

Her first major published work was the novel She Came to Stay (1943), built around a real-life love triangle between De Beauvoir, Sartre, and Olga Kosakiewicz. Other acclaimed novels by De Beauvoir include The Blood of Others (1945) and All Men Are Mortal (1946), although she’s better known for The Second Sex (1949).

Another relatively well-known name, Sarraute was a lawyer and writer born in 1900 in Ivanovo, near Moscow, to Russian Jewish parents. She published her first book in French in 1939.

Sartre was a fan of Sarraute’s 1948 Portrait of a Man Unknown, calling it an “anti-novel,” and this helped launch the nouveau roman literary movement.

Sarraute has been translated into 24 languages. She published 14 books, including eight novels. Most of them are available in English.

Elisaveta Bagryana, born Elisaveta Lyubomirova Belcheva, was a Bulgarian poet. Of the four women on the list, hers was the name completely unfamiliar to me.

Apparently she, along with Dora Gabe, is considered one of the “first ladies of Bulgarian women’s literature.”

Although she didn’t win the 1969 Nobel, that year she did win a gold medal from the National Association of Poets in Rome. Two collections of her work seem to have been translated to English, but both are out of print.

You can read “The Bird with the Engine Heart” online. It was translated from the Bulgarian by Brenda Walker, with Valentine Borrisov and Belin Tonchev.