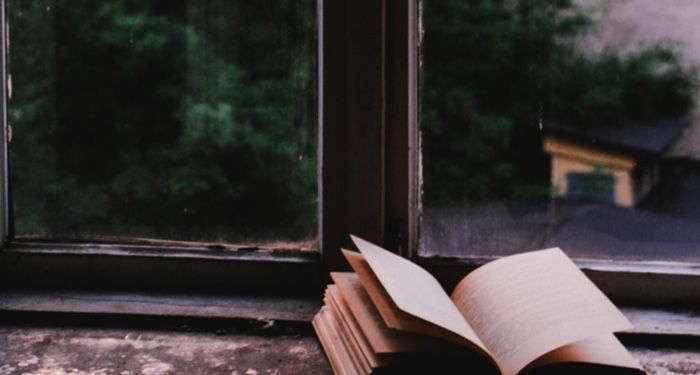 Shuggie Bain tells the story of a young boy in Glasgow, Scotland, in the 1980s who grows up in public housing surrounded by poverty, violence, and addiction. As he reaches adolescence, Bain grapples with his sexuality, his mother’s worsening alcoholism, and abandonment by his older siblings. An earlier review from the Booker Prize judges said Shuggie Bain “creates an amazingly intimate, compassionate, gripping portrait of addiction, courage and love.” After publishing in February, Shuggie Bain received stellar reviews and international acclaim; Vulture dubbed the novel “the best-reviewed book you’ve not yet read in 2020.”

Though a work of fiction, Shuggie Bain draws on real-life aspects of Stuart’s life from his experiences growing up as someone considered different during an unforgiving time in Glasgow. “I wanted to tell the story of what it was like to grow up queer in Glasgow,” Stuart said during his acceptance speech at the ceremony.

Like the story’s protagonist Hugh “Shuggie” Bain, Stuart had a complicated relationship with his own mother who died after a battle with addiction when he was a teenager. He said he has carried this loss, love, and pain with him from childhood and let it influence his writing of the novel. Stuart thanked his husband, his readers, the people of Glasgow and most emphatically, his mother: “My mother would be thrilled. I think she would be proud.”

The Booker Prize is awarded each year to one work of fiction, beginning in 1969 as a way to celebrate and promote reading of contemporary fiction in the UK. Winners of the Booker Prize receive £50,000 in award money. Last year, the award was split between Margaret Atwood for The Testaments and Bernardine Evaristo for Girl, Woman, Other, a move that stirred controversy after judges were explicitly warned not to do so.

This year’s virtual ceremony featured Camilla, Duchess of Cornwall, a long-time proponent of literacy; Kazuo Ishiguro, author of the 1989 Booker Prize winner The Remains of the Day; and former U.S. president Barack Obama, who congratulated the nominees on their recognition and emphasized his affinity for fiction as a way to “help us put ourselves in others’ shoes.” Margaret Busby, this year’s chair of judges, spoke briefly before announcing the winner, stating that the vote for Stuart’s Shuggie Bain was quick and unanimous.

Booker Prize shortlist nominees included Diane Cook’s The New Wilderness, a dystopian story of a mother and daughter fleeing their polluted and deadly city; Tsitsi Dangarembga who follows a woman trying to find her footing in Harare, Zimbabwe in This Mournable Body; Avni Doshi’s Burnt Sugar, a story of a daughter struggling to care for her Alzheimer’s stricken mother; Maaza Mengiste’s The Shadow King which follows women soldiers during Mussolini’s invasion of Ethiopia; and Brandon Taylor’s Real Life, a debut novel that tells the story of a Black gay student seeking a graduate degree in a Midwestern university town.

Read more on The Booker Prize from Book Riot: