Every time. Every time an “R” rated super hero movie is released, there’s an outcry about it being inappropriate for children.

Things rated “R” usually aren’t, but there seems to be increased protest when the property is question is one based on a comic. Any comic. 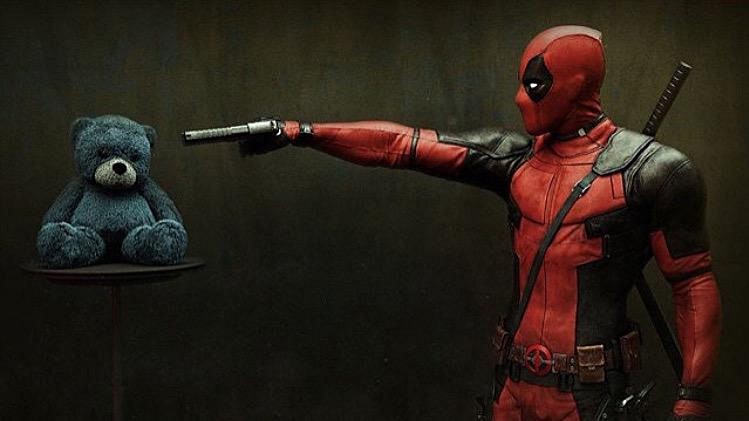 There’s a persistent misconception that all comics-related media should be kid-friendly, which suggests a persistent misconception that all comics are for children. And maybe, once a upon a time, kids were the intended market, but the fact remains comics are a storytelling medium and not an age-specific genre. I often find people who don’t partake (and to be sure, comics aren’t everyone’s jam and that’s cool), however, giving me the hairy eyeball when I’m sitting in the coffee shop or a waiting room or on a plane with a single issue or a trade. Some have even felt it incumbent upon them to suggest I read “a real book.”

I don’t read a ton of romance but I wouldn’t tell you the bodice-ripper on your lap isn’t a “real book.” It makes you happy, lends some joy to your free minutes and hours, dive in. I’ve never side-eyed someone reading military sci-fi even though that sub-genre straight-up doesn’t float my boat.

The same consideration in return would be lovely if you see me with a comic book in my hands. Even if it were one aimed at a child audience.

But not all comics are for kids and, in fact, a growing number of them, especially those published by Image and smaller presses like Black Mask, Oni, and Aftershock, are very much intended for the adult set. Here are some of my favorites: 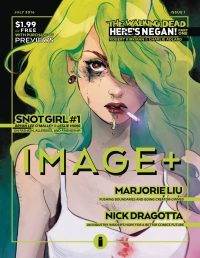 I’ll admit it: I was fooled by original description of Snotgirl into thinking it was a bright, flashy book about internet fashion bloggers (which, if that’s your thing, totally cool, it doesn’t happen to be mine), and so I didn’t pick it up until the opportunity to interview O’Malley and Hung presented itself a couple weeks ago. I don’t like to go into interviews unprepared, so I got hold of the first two trades (the second of which released May 23rd). What I found in the combined 200+ pages was far more involved, intriguing, and sharper than I anticipated: take the blogger premise and throw it in a blender with a modernized yurei story, Gillian Flynn’s Gone Girl, Nancy Drew, and Mean Girls. The result is the creepy, obsessive, beautiful, bloody, strange, sometimes too-real world of Snotgirl. You’ll end up completely addicted and waiting breathlessly for the next issue. 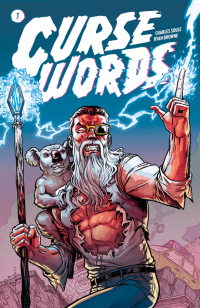 I’ve talked about Curse Words before, but I’m going to mention it again because I don’t think it’s getting the love it deserves in the larger world. First, it’s about wizards and demons and a shapeshifting familiar who has, thus far, been both a koala and a platypus. Second, even the characters who have deluded themselves into thinking they’re doing the right thing are complete assholes, albeit hilarious ones, which we all know makes for a fantastic story and interpersonal interactions. Curse Words pokes fun at all sorts of fantasy conventions (Wizzord, the focal character, knows how magically charged he is at a given moment by checking the length of his beard) while spinning a compelling, modern, fantasy story, throwing tropes out windows  (sometimes literally) while doing homage to it as all good satire does. If you’re not reading this one, you’re missing out. 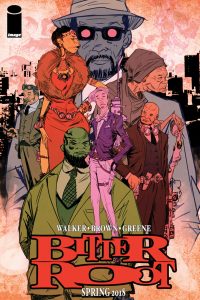 From the team that brought you the relatively family-friendly Power Man and Iron Fist comes an historical horror tale, set during the Harlem Renaissance. Centered around the Sangeyre family, which has traditionally purified the monsters it hunted but now, in the wake of a changing world, rife with artistic innovation and racial strife, must decide whether to stay the course or shift their aim to more murderous intent. Magic, sexism, racism, monsters, history, and a family saga come together in which is sure to be an exquisite, fascinating, and important joint venture by one of the best teams currently working in comics.

Why it’s for adults: The book hasn’t been released yet but I’m guessing sex, violence, and other conventions which make horror a difficult genre to make kid friendly. Family of magical assassins, etc. 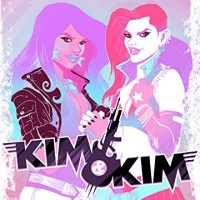 Joyous and insane, Kim & Kim follows two bounty space bounty-hunters struggling to make their own way in the omniverse. And avoid eviction. Punk, salty, hilarious, and making excellent use of phrases such as “probate necromancy,” this book is one of a rare few able to maintain a light tone and color palette while discussing issues of sexuality, gender identity, family dynamics, and the struggle for independence. That integrated whole is something really special, as is the relationship between the Kims—they may not always get along, but they are women who adjust one another’s crowns when needed. Also, there are robot gorillas. 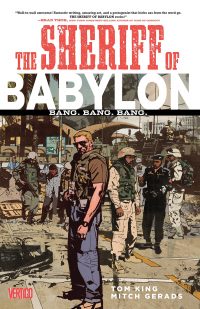 I read Sheriff of Babylon issue by issue and every one of them broke my heart. That’s a good thing. While I understood the effects of the U.S. actions in the Persian Gulf abstractly, while I tried to educate myself on the aftermath, Sheriff is much more frank and honest than the news or pundits ever were and this book showed me the truth of the matter: Saddam Hussein was most certainly a monster, and while our troops are brave men and women who were doing what they saw as their duty and following their orders, there were, and still are, those higher up who are no less monstrous than the enemy. Those men had no care for freedom or self-determination. They wanted victory and they took it and claimed what riches were left, having no qualms about leaving a power vacuum more dangerous than the hand of a dictator in their wake. Innocent people died due to decisions our leaders made to first invade, and then abandon, a entire nation of people.

Pick one of these up. Stretch your understanding of the potential inherent in comics. Find something new. I think you’ll be glad you did.