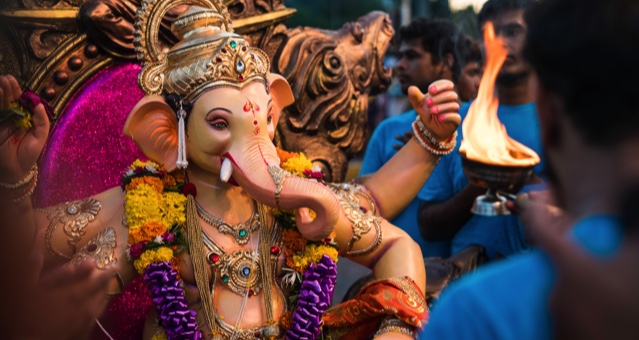 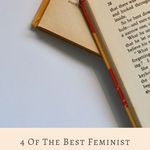 Language is heavily gendered. It is deftly utilized by patriarchy to oppress women in the form of myths. Myths assign women a gender identity that is rooted in binary logic. They also allot women a sexual identity that is anchored in the phallic system. Revisionist myth-making is a way of looking back at these myths from a feminist lens. It leads to a revision of male-dominated spaces. Here is a list of books by Indian feminist writers who experiment with this genre to establish that the male perception is not the only truth. 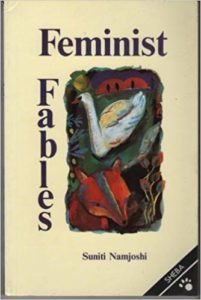 In an interview with Meena Kandasamy, Suniti Namjoshi said, “Feminist Fables sought to question social assumptions and subvert the male-dominated literary tradition.” This collection of short stories has become a kind of modern classic. It is an amalgamation of Greek and Sanskrit mythology, skillfully packaged with Namjoshi’s own interpretations. She has also used stories from Anderson’s Fairy Tales, Aesop’s Fables, and Panchatantra. In this book, Namjoshi talks about women fighting for self-actualization, equity, and autonomy. Thus, some of these stories deal with women being demeaned, getting ignored, and being made invisible. She has highlighted the hypocrisy of Hindu male gods like Vishnu and has also attacked religion and the Indian caste system. 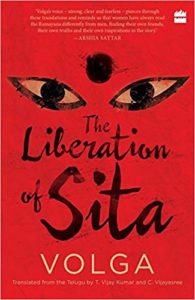 The Liberation of Sita by Volga

Valmiki’s Ramayana puts Rama on a pedestal, thus reducing Sita to an auxiliary character. She had little control over her destiny and we hardly get to hear from her as her voice has gotten subverted by the overt glorification of Rama. Popuri Lalita Kumari, under her pen name Volga, re-sketches Sita’s story where she shares the spotlight with some of the lesser-known female characters of Ramayana like Ahalya and Surpanakha. Valmiki’s Ramayana is unidimensional as he has hardly explored the nuances of his female characters. Volga blatantly brings out how these women have been victims of all kinds of oppression, which is a welcome break, for the readers, from always having to read from a male point of view. 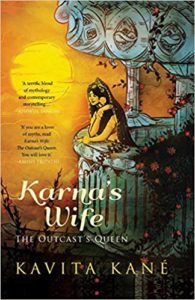 Karna’s wife, Uruvi, was a Kshatriya princess. She chose Karna over Arjun, which was an act of revolution considering the latter held a higher position in the caste hierarchy. In India, caste is interwoven in the fabric of society. A woman denying caste rules for the sake of love is rebellious, to say the least. She has full agency over her desires and she is not afraid to act on them. This is badassery at its finest and all I have to say is ‘YAS QUEEN’. Over time she would become Karna’s counselor, friend, and guide, busting all myths that say women can’t be anything but pretty faces and trophy wives. Mahabharata hardly gives her the space she deserves to feel heard and seen. That injustice has been compensated for (to some extent at least) in this book. 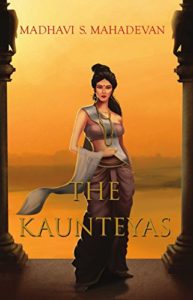 The Kaunteyas by Madhavi S. Mahadevan

Kunti has always been one of the most misunderstood characters of Mahabharata. She has been idealized as a mother and her identity was never allowed to grow beyond that. This retelling humanizes Kunti by showing her as a multi-dimensional woman who is so much more than the sum of her fateful lived experiences. When she was 14, sage Durvasa gave her a boon which would eventually get her into trouble. Why do the boons that are given to women are always meant to satiate men?

As women, our lives are often shaped by the male gaze. We start thinking like, and for men. The gatekeepers of an undefined morality dictate how women should behave depending on whose power is at stake. We forget when language becomes androcentric, thus subjecting women to all forms of injustice. All these books reclaim language to give women a voice so that they can finally take control of their own rhetoric, maybe not in reality for now but someday for sure.