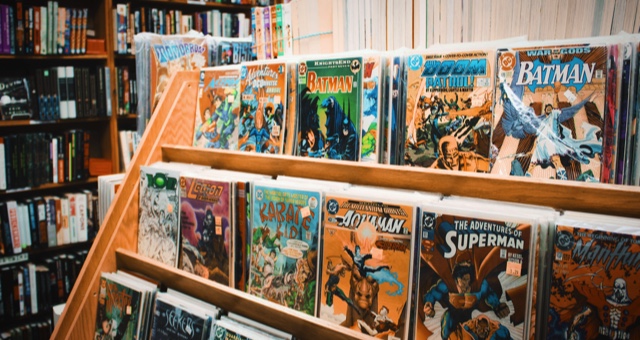 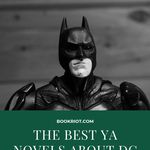 Recently I did a roundup of all the books expected from DC Ink and DC Zoom, DC’s respective YA and middle grade imprints (which were even more recently restructured as age labels instead of imprints, even as they added more books to the slate). But DC has also ventured into prose territory in recent years with a handful of YA books released in partnership with other publishers.

I love DC and I love YA, so naturally I had to read them all. (There are frankly tons of MG books with DC characters out there and always have been, but tracking them all down would take an eternity, so I’m sticking with YA.) Most of them are part of the DC Icons series, which paired established YA authors with iconic DC characters in one-shot stories that are not in continuity with the comics or with each other, meaning you don’t need to know anything about the characters to pick one up.

But are they worth picking up? Here’s my two cents on some of the titles: 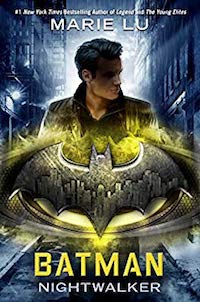 One of the best things about a fresh voice on Batman is that such a voice is not necessarily bogged down with the increasingly recursive conversations in the comics world about how irreparably shattered and inhuman Bruce Wayne is. Such is the case with Marie Lu’s (of Legend and Warcross fame) take on Bruce, a high school senior who gets put on police probation for—if you can believe it—impulsively and recklessly stopping a criminal, and finds himself mopping the floors at Arkham. There he meets Madeleine, an inmate his age with three gruesome murders on her record and ties to a criminal organization that is targeting Gotham’s wealthiest, including Bruce. What follows is sort of a teen Silence of the Lambs as Bruce finds himself drawn further into Madeleine’s web, unable to tell what’s sincere and what’s a con. While still recognizably a baby Batman, Lu’s Bruce is endearingly idealistic and vulnerable, and his warm relationships with characters like Alfred and his best friend Harvey Dent are especially touching.

Nightwalker will be released in graphic novel format in October 2019.

Category ID: 1074
Category ID: 468
What’s Up in YA? Newsletter
Sign up for What's Up In YA? to receive all things young adult literature.
Thank you for signing up! Keep an eye on your inbox.
By signing up you agree to our terms of use 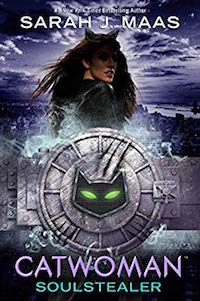 There’s been a lot of debate about whether Sarah J. Maas’s hit series Throne of Glass and A Court of Thorns and Roses are actually YA, given the age of the characters and the relatively adult content. I haven’t read either series, but after reading her take on Catwoman, I can see how the question would arise. Selina is a frankly implausible 19 for the bulk of the book, which would be outside the boundaries of YA on its own; the fact that she starts the book as an undefeated cage fighter and goes on to be trained as a deadly assassin is just icing on that cake. Tech scion Luke Fox, aka the vigilante Batwing, serves as her love interest (Batman is on an out of town mission for the entirety of the novel), and he’s an ex-Marine with PTSD, putting him in his mid-20s at least. Nothing about their lives or concerns is adolescent, and the violence level is pretty high—at one point Harley Quinn, who is essentially a good guy in this book, splits someone’s head open with an axe—so yeah, no, this ain’t YA.

It is a completely over-the-top, ludicrously sumptuous bad girl power fantasy—at one point Selina jumps backwards out of a skyscraper window, flipping the double bird at a room full of rich old fogies while a live band plays “Another One Bites the Dust” on her command—so it’s a lot of fun to read, but it bears only a passing resemblance to the DC characters as we know them. If you’re looking for YA or Catwoman out of this, uh, YA Catwoman novel, you’re in the wrong place—but if you want sad sexy people being badass at each other, definitely pick it up. 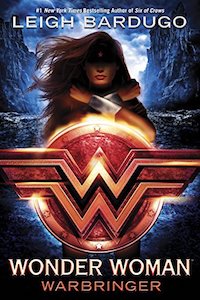 Our last entry in the DC Icons series is a young Wonder Woman story by Leigh Bardugo of Six of Crows fame. When Diana sees another teenage girl drowning off the coast of Themyscira, she promptly rescues her. The girl in question, Alia Keralis, is unbeknownst to herself a Warbringer: a descendent of Helen of Troy who magically, unintentionally causes violence and conflict around her, and is destined to bring about destruction. Diana’s determined to help Alia break her curse, and keep her out of the hands of the mortal and divine forces that want to use her for their own purposes. I would have liked to see more intricate world-building from this book, since Bardugo excels at that, but I enjoyed the friendship between Diana and Alia, the diverse cast, and the tense pacing.

Warbringer will be released in graphic novel format in January 2020. 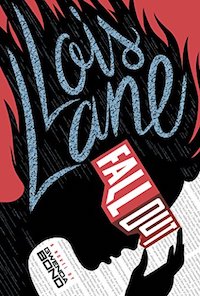 The Lois Lane trilogy came out slightly before and is unrelated to the DC Icons series, but it’s so freaking good. Bond’s Lois is a smart, resourceful military brat who has just moved to Metropolis and is determined not to let her compulsion to fight injustice get her in trouble at yet another school—but video game–playing zombie bullies, secret cloning labs, and mutant teens might make that easier said than done. Luckily she has her online buddy SmallvilleGuy to talk it over with. These books strike the perfect balance of authentic Teen Feelings (TM) and over-the-top retro-style comic book mad science. Lois is clever and courageous while still feeling believably young, and her budding romance with SmallvilleGuy is fall-back-on-your-bed-clutching-the-book-and-kicking-your-feet-level squealworthy. Read all three immediately!

Have you read any of these books? Which DC characters would you like to see get their turn in the YA prose spotlight? (I vote Supergirl and Green Arrow, please and thank you!) Let us know on social!