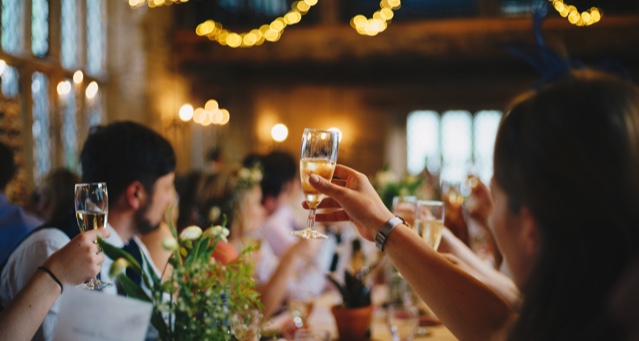 It’s wedding season, and I am here for the perfect date. The ideal wedding date is elusive, but any of the following literary characters bring interesting things to the table. Given the chance, I would definitely extend my +1.

I don’t think enough people go to weddings for the food. Every time I go to a wedding, I go in too hard on polite conversation and I completely neglect the snack table. Ignatius would be sure to get his wedding-gift-money’s-worth at the appetizer table and he would definitely make sure the conversation was not polite. I would steer clear of his valve after cake, however.

Holden Caulfield from The Catcher in the Rye by J.D. Salinger

If he’s a catcher in the rye, he can be a bouquet catcher in a sea of ferocious single ladies.

[sees girl reading The Catcher in the Rye]
"Ah I love that book. The way he just [clenches fist] catches all that frickin rye."

Have you heard that they made Mrs. Fletcher into an HBO series? I sure did. And their version of Mrs. Fletcher—Kathryn Hahn—is next level from the lady I was picturing as I read the book. I would take Mrs. Fletcher/Kathryn Hahn to a wedding for sure, and I might even lean in to her mid-life crisis with her at the after-party.

Alexa Monroe from The Wedding Date by Jasmine Guillory

The title of this character’s book, The Wedding Date, kind of makes this inclusion a no-brainer. But also, she and her date have what is described as “more fun than they ever thought possible.” If I got stuck in an elevator with Alexa, I would invent a wedding to invite her to.

Gregor Samsa from The Metamorphosis by Franz Kafka

Oh your boyfriend has a “401K” and a “Tesla,” Janice? Well, my boyfriend turned into a bug.

I have absolutely zero confidence that Zebra would be a hit at a wedding. She would have no patience for the frivolity and would probably be taking notes throughout the ceremony and reception. But, if (when) I need a quick getaway from a conversation with that kid I went to high school with, her intellectual intimidation would take care of it in a jiffy. That guy who’s trying to talk while everyone is trying to dance? Zebra will keep him busy for hours—and probably make him think twice about those casual generalizations he’s making.

He may not be the most socially adept date, but if someone makes a comment about how I also wore white and gave an impromptu speech during the father-of-the-bride’s toast, I feel the safest with him at my table. Plus, I think he really gets me in that wedding season requires a commitment akin to college wrestling: I too have to “make weight” to fit into the bridesmaid dress I ordered 9 months ago.

A.J. Fikry from The Storied Life of A. J. Fikry by Gabrielle Zevin

Obviously. Owning a bookstore is cultural capital that would be gold at weddings. Nice to meet your new girlfriend, KAREN, but does she own a thankless independent business that provides an under-appreciated service to her community? Allow me to introduce you to A.J.

A wedding date who can hold their own with your family is important. Rachel Chu has proven herself capable of handling, and I can’t stress this enough, any family that comes her way.

Elizabeth Bennet from Pride and Prejudice by Jane Austen

The most important trait in a wedding date is their capability and willingness to dance. I think Elizabeth’s 19th century ability to get down on the dance floor would translate well today. Sure, she might have to trade ballroom dancing for flossing, but once a belle of the ball, always a belle of the ball.

The woman behind the convenience store counter is a calculated observer of human behavior. I would love to know what she thought of any number of wedding traditions such as the Cha Cha Slide and the groom taking a garter off with his teeth.

Any one of these very eligible literary characters would make for a great PIC at a wedding, but if you didn’t find what you were looking for here, maybe you should further explore who your literary boyfriend is.