Novels have been policed and banned since they first came onto the scene.  And yet the majority of people in the world today probably don’t think of reading as a political act. Whenever I see lists like “most banned books of 2018,” I am reminded that people still fear the power of words. It makes me grateful that I live somewhere where a “banned books” list doesn’t mean the books are truly out of reach. Books are just one of the many tools used to spread information and viewpoints, and that is a powerful thing. 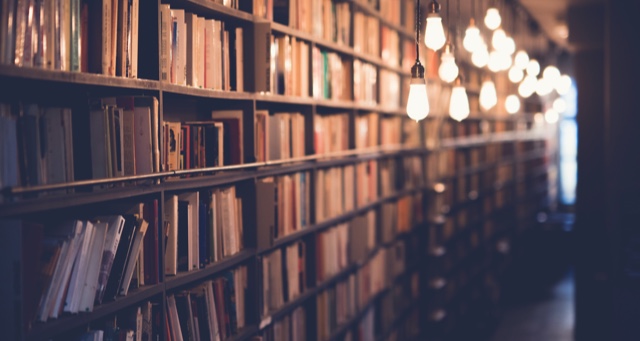 I know I was not alone in the wake of the 2016 election in feeling the desire to do something, anything to protest the results. Many people in the days, weeks, and months following the election made lists of organizations to boycott and began brainstorming various big and small ways to make their discontent known. Money talks in this country, as much as we maybe wish it didn’t, and if companies suddenly start to lose a lot of money, it is possible to make them listen.

I am someone who buys a lot of books. I love owning them, but also because I am on the road all the time, having a library card hasn’t been practical. (Some might point out that carrying books around while on the road also isn’t practical, but to that I say shush). As a result, I am very careful about what books I buy, and I decided, as an experiment, to pay a bit more attention to whose books I was buying. Generally, I gravitate towards books written by women anyway, but I made a choice that for a year (at least) I wouldn’t buy any books written by white men, because, frankly, they probably didn’t need my money.

It also occurred to me that the majority of books that I was exposed to in school as the real “literary” works were by white men. Think about it. What are the major names that everyone is supposed to know by the time they graduate high school? Dickens, Shakespeare, Hemingway, Twain, Carver, Fitzgerald, Hawthorne, Thoreau (need I go on?) very few women make the list. Sure, there’s Mary Shelley, remarkable for her one major contribution, and mentioned in the context of her husband. And yes, we can argue that these authors mostly come from a different time when fewer women or people of color were allowed to publish. But even the ones who did, like Austen and the Brontë sisters, while acknowledged as important, didn’t make the curriculum. They were dismissed as more “feminine” works and not worthy of attention.

So, in 2016, I decided that I’d had enough. I had devoted most of my life to absorbing and reading the works of fiction by white men, and I was no longer going to give over my hard-earned money to help boost their book sales. This choice was my own little version of a protest against a system that seemed inherently biased. While a great deal of progress has been made, there are still endless articles out there that discuss how, despite the fact that women tend to read more than men, men are still published more than women. Most of the major publishing houses publish less than 30% female authors. And yes, both men and women tend to prefer books by someone of their own gender, but women also tend to read male authors at a greater percentage than the other way around. (Maybe because there are simply more books by male authors out there and we’ve been conditioned to think that men are inherently more literary? Just a thought). And all of this is just the picture of men and women, which doesn’t even begin to address the differences in racial inequality.

Thankfully, many of the small, independent bookstores I frequent made this transition pretty seamless by displaying more books by women and POC front and center (clearly I wasn’t the only one with this idea). It also helped me whittle down the inevitable towering stack of books I’d collect while wandering around the store. If I had grabbed any books by white men I’d put those back first before making the truly difficult decisions. Not only did the act of not buying these books bring me joy, but absorbing different ways of writing and viewpoints had an active effect on the way that I viewed the world. I’ve become fascinated by the way men of more diverse backgrounds speak about masculinity, fatherhood, and how these ideas interact with the modern world. Authors like Mat Johnson or Ta-Nehisi Coates offers a much more nuanced and interesting point of view on this than say, Jonathan Franzen.

After about of year of this, I did finally pick up a book by a white dude again, and I found it oddly…disappointing. This book had been highly recommended to me by people I very much respect and much beloved by readers across the internet. The main character, a man, was relatively well developed, though tended to embody the standard male tropes often found in fantasy novels. But the few female characters were all described in relation to how beautiful they were, with very little other supporting information to flesh out their characters and make them seem like whole beings. I found the book so flat compared to the rich, layered, subtleties of the other books I’d been reading that I quickly reverted to avoiding white male authors.

Now, this isn’t to say that I won’t ever read another book by a white male author. I always think it’s important to read from a wide array of different perspectives. But they dominated the first 26 years of my life and probably affected a lot of the ways that I view the world as a result. So I’m pretty ok with doing a few decades of counterbalancing. Can’t hurt, right?