I’ll always be a fan of the original Harry Potter books and movies, despite the tokenizing way that Rowling writes diversity and multiple inconsistencies in her world-building. I enjoyed the 2016 prequel movie Fantastic Beasts and Where to Find Them. I loved the new characters: Newt, Jacob, and sisters Queenie and Tina Goldstein. The setting of the Wizarding World in the 1920s United States was a little underdeveloped but still vivid and intriguing, with slang and speakeasies. Disappointingly, the 2018 sequel Fantastic Beasts: The Crimes of Grindelwald undoes much of the characterization that made me enjoy the previous movie. 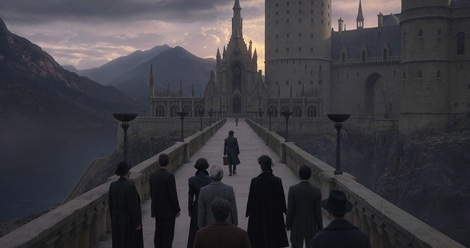 Although J. K. Rowling has mentioned repeatedly that Albus Dumbledore and Gellert Grindelwald had a sexual and romantic relationship, the film stays frustratingly noncommittal on this fact. Saying that Dumbledore and Grindelwald were “closer than brothers” is not LGBTQ representation. Some non-romantic friends describe themselves as closer than siblings, and not all siblings are close. The statement is too vague to mean anything, and all evidence of the relationship remains offscreen.

It’s also hard to imagine Dumbledore refusing to take sides against someone because he used to be in love with him. In prequels like the Fantastic Beasts movies, set many decades in the past, it’s difficult to tell whether the characters are inconsistently written or whether they’ve changed in the intervening decades. This might be the pivotal relationship that inspired Dumbledore to take clear moral stances later on, but the audience doesn’t have enough information to decide.

Another inconsistency is the Obliviate or Memory Charm. At the end of the first Fantastic Beasts movie, Jacob’s memory is apparently Obliviated, removing all of his memories of magic. The sequel reverses this. Queenie says that the charm was temporary and only meant to eliminate “bad memories.” However, the usual purpose of the Obliviate spell isn’t to remove traumatic or otherwise unpleasant memories. It’s to protect the wizarding world’s secrecy by ensuring that Muggles like Jacob don’t remember its existence. This seems like a confusing attempt to retcon the ending of the first movie into the plot of the second.

Queenie’s treatment of Jacob is also out of character with the nurturing, nonjudgmental, flirtatious character I enjoyed in the first movie. Inexplicably, she admits that she placed a love spell on him. The Harry Potter books do an excellent job of showing that love spells and potions are coercive: the Wizarding world’s equivalent of date-rape drugs. Aside from being abusive, Queenie’s enchantment of Jacob is unnecessary, even counterproductive. She can literally read his thoughts, so she always knew that he was attracted to—and eventually, deeply in love with—her.

Death Eaters and their obsession with blood purity have always been a possible metaphor for real-world white supremacists, including Hitler and Nazis. However, this message seems undercut by the irony of Yusuf Kama, a French and Senegalese pure-blood wizard who shares this fixation on blood purity. Queenie Goldstein—whom I’d always interpreted as possibly Jewish because of her surname—attends one of Grindelwald’s rallies. Grindelwald preaches the superiority of wizards and witches over Muggles. It’s hard to imagine why this message appeals to Queenie, who is engaged to a Muggle.

The pale, blond, blue-eyed, aristocratic Malfoys from the original books and movies made the parallel to white supremacists clear, but these movies conflate white supremacists with their targets. Nagini’s true identity as an East Asian woman who is an Animagus also prompted criticism because it objectifies her and plays into harmful stereotypes. By diversifying bigoted and stereotypical characters, the movie presents false equivalencies between racists and their targets.