A public library in Andover, Kansas, is considering a request to move books featuring transgender characters from the children’s section.

In a written statement to the Andover Public Library board, local parent Marci Laffen called upon the board to move the books to the adult or young adult sections of the library, citing sexual content, and, more pointedly, an accusation of the books’ goal of “indoctrination.” 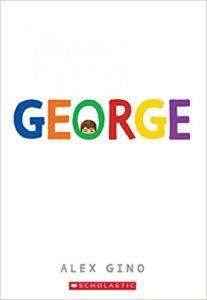 The books in question include George, Alex Gino’s novel about a young transgender girl revealing her identity at school, and Donna Gephart’s Lily and Dunkin, which explores adolescent gender identity and mental illness. One book, the nonfiction picture book I Am Jazz, has already been moved to the library’s children’s nonfiction section*.

This is, of course, not the first time libraries have considered segregating LGBTQ+ children’s literature. Similar complaints have been lobbied at libraries in Iowa and Oklahoma City.

Leffen’s complaint contains the all-too-familiar rhetorical stench of LGBTQ+ phobia. Her statement’s conflation of gender identity/expression and sexuality, and the hateful language of “indoctrination,” portray an ugliness of spirit that has all too often manifested in violence against our community.

An attempt to limit children’s resources for exploring the complexity of identity is a direct affront to the ability of all children—trans, cisgender, questioning, and otherwise—to develop empathetic, whole understandings of themselves and one another.

On their website, Andover Public Library says they strive to “[bring] people, ideas and information together in a publicly supported space to build community.” Indeed, it is heartening to know that there are librarians and community members who not only defend the correct categorization of these books, but who put them within kids’ reach to begin with. I hope that in considering Laffen’s complaint, the library board will stay true to their stated mission.