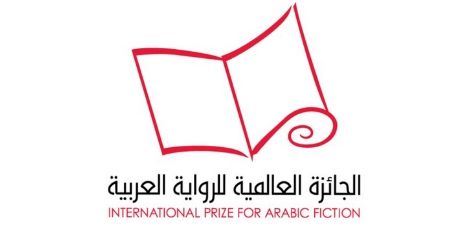 On February 5, judges announced the shortlist for the 2019 International Prize for Arabic Fiction. While the first book from the shortlist won’t appear in English until 2020, four of the six shortlistees already have work in English translation. 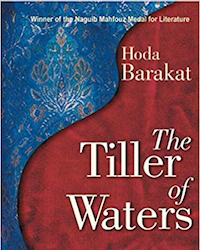 Hoda Barakat’s The Night Post made the shortlist. This marks the first time this acclaimed Lebanese novelist has been recognized by the International Prize for Arabic Fiction (IPAF).

The Night Post is forthcoming from OneWorld in 2020, in Robin Moger’s translation. Before that, get familiar with Barakat’s work. 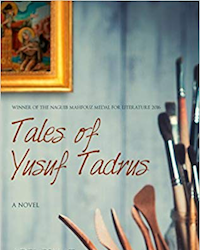 Egyptian author Adel Esmat was shortlisted for his acclaimed novel The Commandments. Like Barakat, Esmat has also previously won the 2016 Naguib Mahfouz Medal for Literature for his Tales of Yusuf Tadros. That novel has since appeared in Mandy McClure’s luminous English translation.

Tales of Yusuf Tadros follows the life of a rural Egyptian Coptic teacher who pushes against the boundaries of his life. 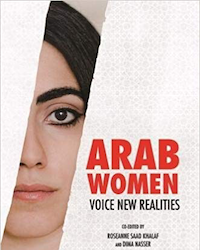 Iraqi author Inaam Kachachi makes the International Prize for Arabic Fiction for the third time this year, with her critically acclaimed novel The Outcast. Kachachi was winner of the 2016 Prix de la Littérature Arabe for a French translation of her novel Tashari. Her novel American Granddaughter was translated by Nariman Yousef. However, because the publisher broke apart, it has fallen out of print.

Kachachi also has a lovely short story, “Nude in Waziriyya of Baghdad.” It was translated by Rula Baalbaki and published in Arab Women Voice New Realities. 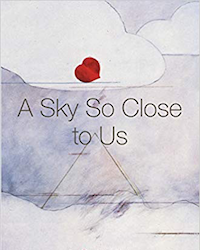 Syrian novelist Shahla Ujayli is no stranger to awards, either. In 2016, her A Sky So Close to Us made the IPAF shortlist. In 2017, her collection Bed for the King’s Daughter won the 2017 Almultaqa Prize for the Arabic Short Story. Now, in 2019, her Summer with the Enemy made another IPAF shortlist.

Her novel A Sky So Close to Us, translated by Michelle Hartman, explores the trauma of cancer treatment set against the trauma of Syria’s civil war. In an interview that has yet to appear, translator Michelle Hartman said: “I find Shahla Ujayli’s writing about cancer direct, honest, and very, very real.” Indeed, it is.

Recommended read:A Sky So Close to Us, translated by Michelle Hartman.

Al-Maazuz, a previous winner of the Moroccan Book Prize, has not yet appeared in translation. However, for Russophiles: at least two of Kafa Al-Zou’bi’s previous novels have appeared in Russian. Her fourth novel, Go Back Home, Khalil (2009), was published only in Russian.