Clarice Lispector is an internationally-acclaimed author widely considered to be Brazil’s greatest modern writer and called the most important Jewish writer since Kafka. She was born in 1920 to a Jewish family in Ukraine and as a result of anti-Semitic violence her family fled to Brazil when she was still an infant. At the age of 23, she burst onto the literary scene with the publication of Near to the Wild Heart.

She is as much legend as she is fact—dark, dazzling, intense, glamorous, “the sphinx of Rio de Janeiro,” “a female Chekhov on the beaches of Guanabara.” She inspires cult-like fervor in her readers. In the introduction to his biography of Lispector, Why This World, Benjamin Moser quotes an anecdote I’ve heard repeated often, “‘Be careful with Clarice,’ a friend told a reader decades ago, using the single name by which she is universally known. ‘It’s not literature. It’s witchcraft.'” 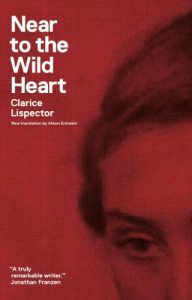 Near to the Wild Heart by Clarice Lispector, translated by Alison Entrekin

Published in 1943, Near to the Wild Heart introduced Brazil to Clarice Lispector, or as one writer called her “Hurricane Clarice.” The book was a sensation, a hit, written by a previously unknown twenty-three-year-old woman who would go on to dazzle the literary world. Near to the Wild Heart—the title taken from a line from Jame Joyce’s A Portrait of the Artist as a Young Man—follows Joanna, the heroine, from her childhood through to the dissolution of her marriage, in this novel of agency. In a series of interior monologues and narrative epiphanies, readers come to understand the wild, fleeting, and strange creature that is Joanna but they also get a glimpse at the raw, unadulterated power of Lispector’s prose. It’s revelatory and a perfect starting off point to explore Lispector’s writing. 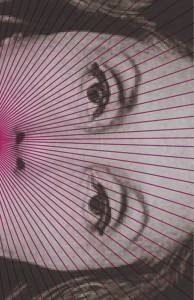 The Complete Stories by Clarice Lispector, translated by Katrina Dodson

Gathered from the nine collections published during her lifetime, The Complete Stories captures Clarice Lispector in all of her “darkness and dazzle.” The stories, written during her adolescence all the way up until her death, are inventive and haunting, often about women at various stages of their lives. Some are more traditional than the novels she’s come to be known for but as a whole the collection is a great way to “get” (or grasp at, at least) a sense of Lispector and her prose. You can dip in and out of these stories—86 in the hardcover and 89 in the paperback with three newly discovered stories—but I would recommend picking them up early in your reading of Lispector. 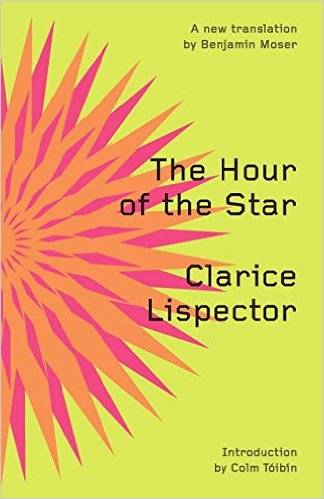 The Hour of the Star by Clarice Lispector, translated by Benjamin Moser

Clarice Lispector’s last novel is a short, strange, tour de force—a masterpiece of a book. In The Hour of the Star, Lispector follows the narrator Rodrigo S.M., a pretentious, cosmopolitan writer describing the act of writing. He is writing about his creation, Macabéa, one of “life’s unfortunates” a woman living in the slums of Rio. She is poor, sickly, and unloved, and yet she lives simply and happily. “Lispector employs her pathetic heroine against her urbane, empty narrator—edge of despair to edge of despair—and working them like a pair of scissors, she cuts away the reader’s preconceived notions about poverty, identity, love, and the art of fiction.” 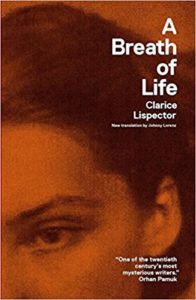 A Breath of Life by Clarice Lispector, translated by Johnny Lorenz

If you enjoyed The Hour of the Star but want even more discussion and Lispector brilliance about the theme of creation, A Breath of Life is your perfect next step. Published after her death, A Breath of Life is a dialogue between an author (thinly disguised as Lispector) and his creation, Angela. She is sparklingly alive—speaking, breathing, and dying. Their back and forth is dazzling but also desperate and difficult. Lispector is dying during the writing of this novel and her mind often turns around thoughts of death. “The work’s almost occult appeal arises from the perception that if Angela dies, Clarice will have to die as well. And she did.” 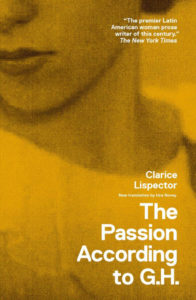 The Passion According to G.H. by Clarice Lispector, translated by Idra Novey

Published in 1964, The Passion According to G.H. is Lispector’s great mystical novel. In The Passion, Lispector follows G.H., a high class Rio sculptress, who enters her maid’s empty room, sees a cockroach and panicking, slams the door and crushes it. She watches the cockroach die over the course of the book and “at the end of the novel, at the height of a spiritual crisis, comes the most famous and most genuinely shocking scene in Brazilian literature.” It’s a brilliant and hypnotic book—there’s little in the way of plot but G.H.’s inner monologue, her stream of consciousness, is utterly amazing. And the ending, which is challenging and unsettling, left me absolutely speechless. It’s a powerful novel, one that I’d recommend as a fitting end to a reading pathway. 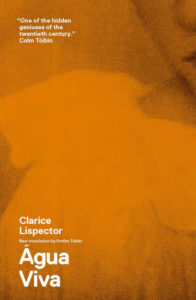 I can almost guarantee that you’ve never read anything like Água Viva. It’s “Lispector at her most philosophically radical” and that’s really saying something when it comes to Lispector. Plotless and essentially characterless, Água Viva is a prolonged meditation on the nature of life, time, and creation. As challenging as it might sound, it’s profound and immensely rewarding. “Epiphanies are delivered one after the other in a book-length relay, a final and magnificent apotheosis of Lispectorisms. I could quote every line and still not do the book justice.”—Rachel Kushner in Bookforum 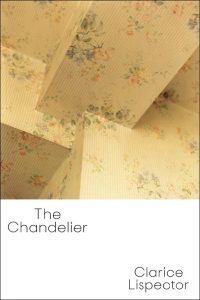 The Chandelier by Clarice Lispector, translated by Magdalena Edwards

The Chandelier is Clarice Lispector’s second novel—now translated many years later and published for the first time in English. It was hotly anticipated by devoted Lispector fans (myself included.) It’s an intense and interior novel following the story of one woman’s life as she seeks freedom and meaning, but it’s also so much more than that. Benjamin Moser, her biographer, writes that it “stands out in a strange and difficult body of work, as perhaps her strangest and most difficult book.” The writing is powerful and strange, fluid and crushing. I’d recommend it particularly to fans of Lispector who have read a lot of her work and who want to trace the trajectory of her early work to her later masterpieces, like The Passion According to G.H.