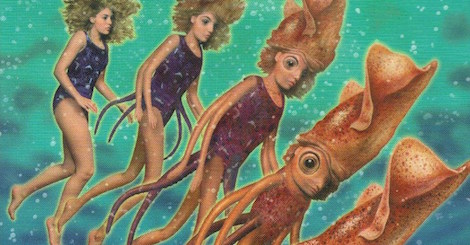 I relate most to characters facing the end of the world. On one level, I’ve never actually been in the throes of a zombie apocalypse, nor have I ever needed to run a covert operation to protect my loved ones from an alien invasion. On another level—a deeper, more true level—oh, absolutely. I’m fighting zombies and aliens every day of the week.

Fantasy and sci-fi are genres that take real issues in modern society and transform them with some magic and/or technology to make them look different. This is important: it allows readers to look at a complex set of systems as something external to us so we can finally talk about it. 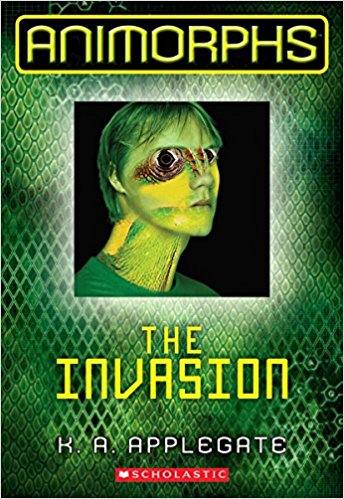 Animorphs is on another level. The series doesn’t just give us a way to think about the horrifying choices we make in war, or how world governments perhaps wouldn’t necessarily turn up their noses at the notion of biologically enslaving entire populations, or the long-lasting impact of sustained mental and physical violence on children.

Animorphs provides some of the best, most self-aware commentary on trauma and existential horror in the midst of war I have ever read in fiction.

The series begins deceptively simply. On the way home from a day at the mall, five kids stumble upon a dying alien who informs them that an evil alien species called Yeerks are invading planet Earth. As he dies, the alien gives the kids morphing powers so that they can morph into animals and fight the Yeerks. One of the kids, Marco, refers to the group as “idiot teenagers with a death wish” as they reluctantly begin their alien-fighting journey.

We have an intergalactic alien space war, newly bestowed powers, otherwise unremarkable “idiot teenagers” with way too much responsibility. Maybe this sounds a little familiar, and at 54 books in the series, maybe too much of an investment. But imagine the following scenarios which occur in this series:

The Animorphs give another kid the morphing powers but he turns out to be a sociopath who they can’t trust. They trap him in the body of a rat and leave him stranded on an island where, years later, people still hear his screaming.

A kid who is neglected by every adult in his life chooses to remain permanently trapped in the body of a red-tailed hawk rather than continuing to live as a human child who no one cares about. At least as a hawk, he can fly and subsist on roadkill and not have to depend on anyone.

A notoriously violent and murderous alien species turns out to be of toddler age who have been conditioned to believe that killing is a game and they don’t know any better. They are systematically murdered before they get old enough to realize what they are doing.

The Animorphs regularly experience intense bodily horror as their knees bend backwards, their eyes bug out or multiply or shrink, and they sprout all sorts of animal appendages in order to transform into the different animals necessary to fight the Yeerks.

One of the kids has to reckon with the knowledge that she is capable of terrible violence and that she even likes killing the aliens, and what sort of darkness does she hold inside of her in order for that to be possible?

All the while, there are some truly beautiful kid-like moments. A character convinces her mom to buy her a Nine Inch Nails CD because she tells her mom that NIN stands for “Nice Is Neat.” Another character waxes poetic on how he chooses his online username “Bball24” in order to protect his identity from Yeerks online (spoiler alert: it’s because he loves basketball). In one book, they almost lose sight of their mission because they’re having so much fun being dolphins. They use their animal morphs to sneak into a cool music festival. They’re kids.

If you have not read Animorphs, I recommend you give them a try. Besides the delightful ’90s references and humor, they have given me invaluable ways to think more deeply about the devastation of war and how after a certain point, there are no good, virtuous choices anymore. These books slowly illustrate that even in a fictional universe where the only good thing you have is your friends, the power of friendship is not enough. The series is a study into how war pulls you apart, leaving you to assemble the pieces in a way that lets the darkness inside you take the lead, because the old you isn’t going to survive. You can’t even survive by having only one bodily form: you need to change again and again and again. You pick up a bit of a “death wish” along the way, but you keep fighting because you have to. It’s bleak, and true, and written in a way that honors child readers.