There seems to be C.S. Lewis quotes for just about everything, and considering his expansive work, that’s not exactly surprising.

The first chapter books I ever read were my older brother’s worn copies of The Chronicles of Narnia by C.S. Lewis. From there, I devoured The Screwtape Letters and, much later, Out of the Silent Planet, always highlighting my favorite quotes and passages.

We frequently turn to our favorite authors for solace, advice, and guidance. In that vein, here are the best C.S. Lewis quotes on love, faith, and friendship for when you wish you could find a door to Narnia. They might not come with a faun or a light post in the woods, but sometimes words work a magic of their own. 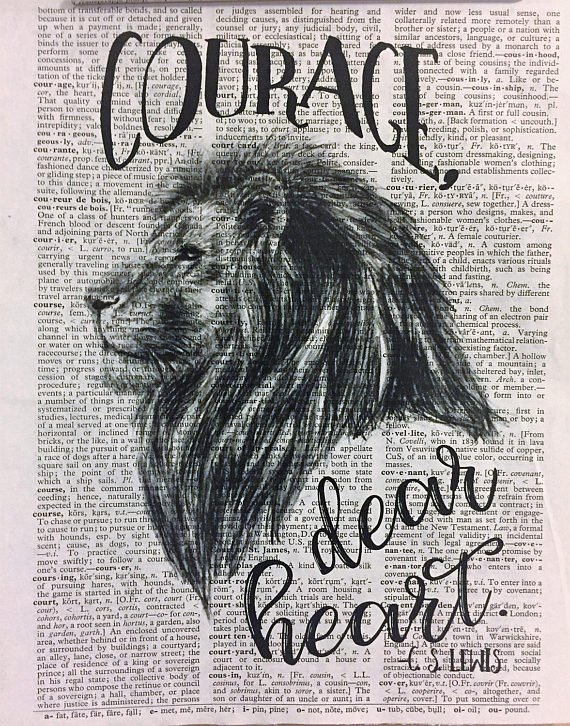 Buy the print from 15by13Designs on Etsy.

“To love at all is to be vulnerable.” —The Four Loves

“Courage, dear heart.” —The Voyage of the Dawn Treader

“Love is something more stern and splendid than mere kindness.” —The Problem of Pain

“Gratitude looks to the Past and love to the Present; fear, avarice, lust, and ambition look ahead.” —The Screwtape Letters

“Love may forgive all infirmities and love still in spite of them: but Love cannot cease to will their removal.” —The Problem of Pain 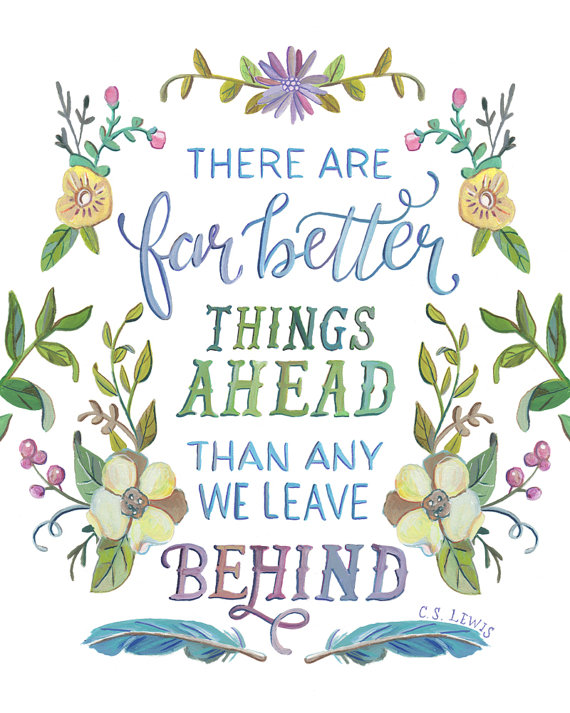 Get the print from Makewells on Etsy.

“Humans are amphibian—half spirit and half animal.” —The Screwtape Letters

“Men or nations who think they can revive the Faith in order to make a good society might just as well think they can use the stairs of Heaven as a short cut to the nearest chemist’s shop.” —The Screwtape Letters

“My argument against God was that the universe seemed so cruel and unjust. But how had I got this idea of just and unjust? A man does not call a line crooked unless he has some idea of a straight line. What was I comparing this universe with when I called it unjust?” —Mere Christianity

“’You would not have called to me unless I had been calling to you,’ said the Lion.” —The Silver Chair

“I believe in Christianity as I believe that the sun has risen: not only because I see it, but because by it I see everything else.” —Is Theology Poetry? 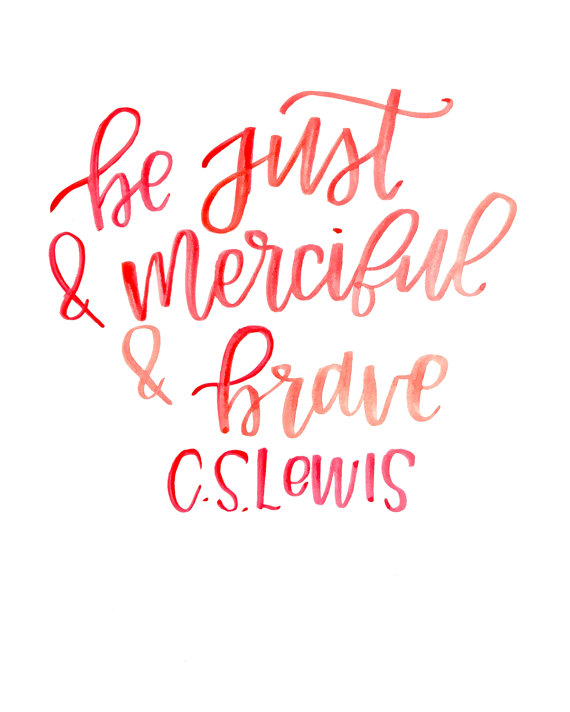 Get the print from TaylorMadeLettering1 on Etsy.

“Friendship…is born at the moment when one man says to another ‘What! You too? I thought that no one but myself…'” —The Four Loves

“What draws people to be friends is that they see the same truth. They share it.”

“We live, in fact, in a world starved for solitude, silence, and private: and therefore starved for meditation and true friendship.” —The Weight of Glory

“While friendship has been by far the chief source of my happiness, acquaintance or general society has always meant little to me, and I cannot quite understand why a man should wish to know more people than he can make real friends of.” —Surprised by Joy: The Shape of My Early Life

“’My friendship you shall have, learned Man,’ piped Reepicheep. ‘And any Dwarf—or Giant—in the army who does not give you good language shall have my sword to reckon with.’” —Prince Caspian 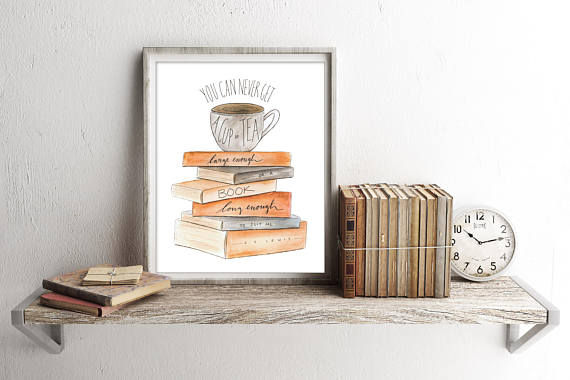 Get the print from Sweetpages on Etsy.

What is your favorite C.S. Lewis quote? Haven’t read the author yet? Get started here.